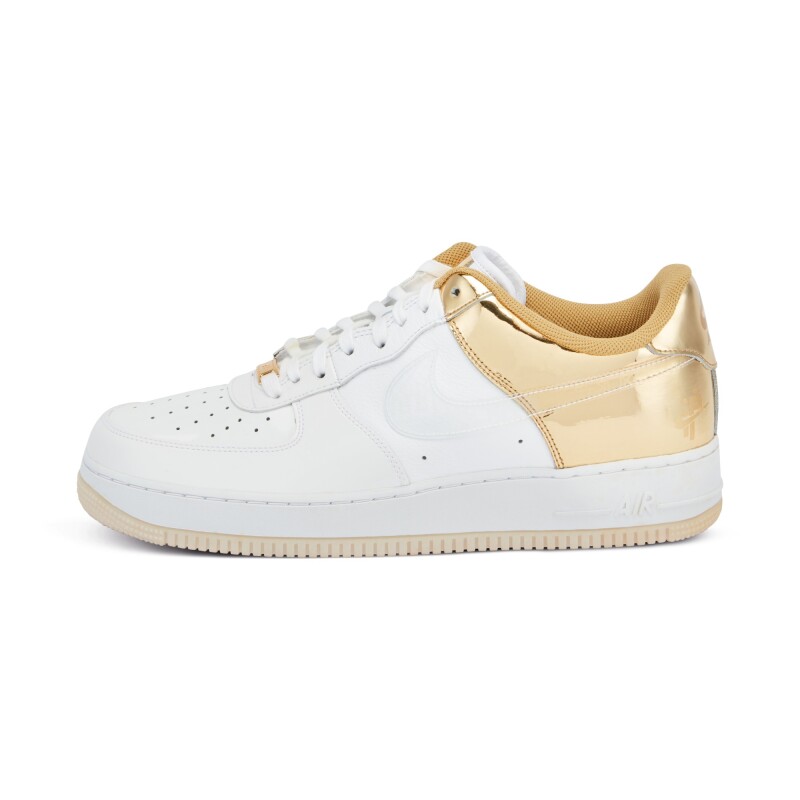 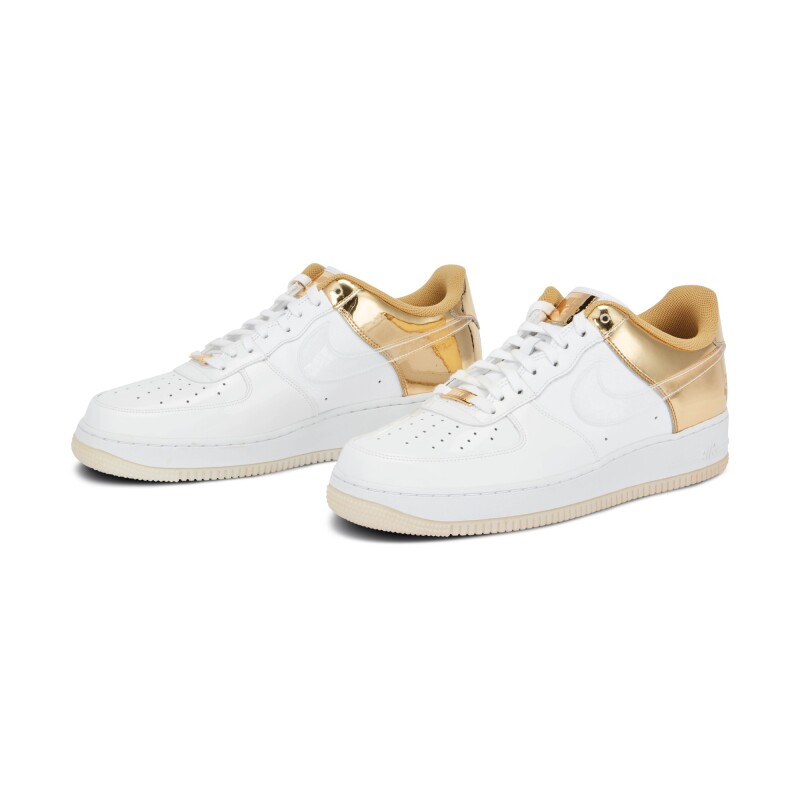 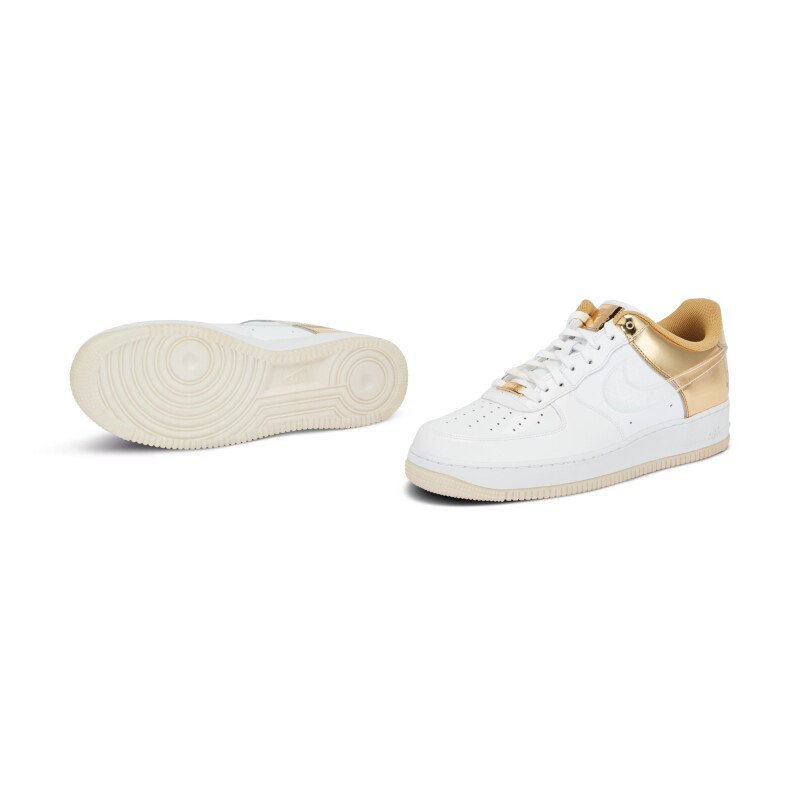 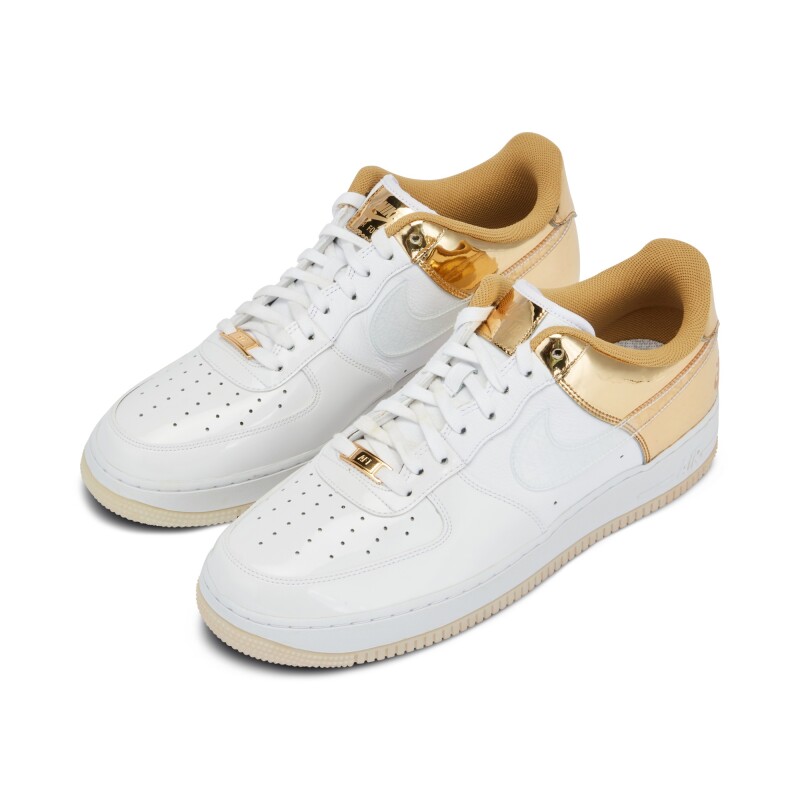 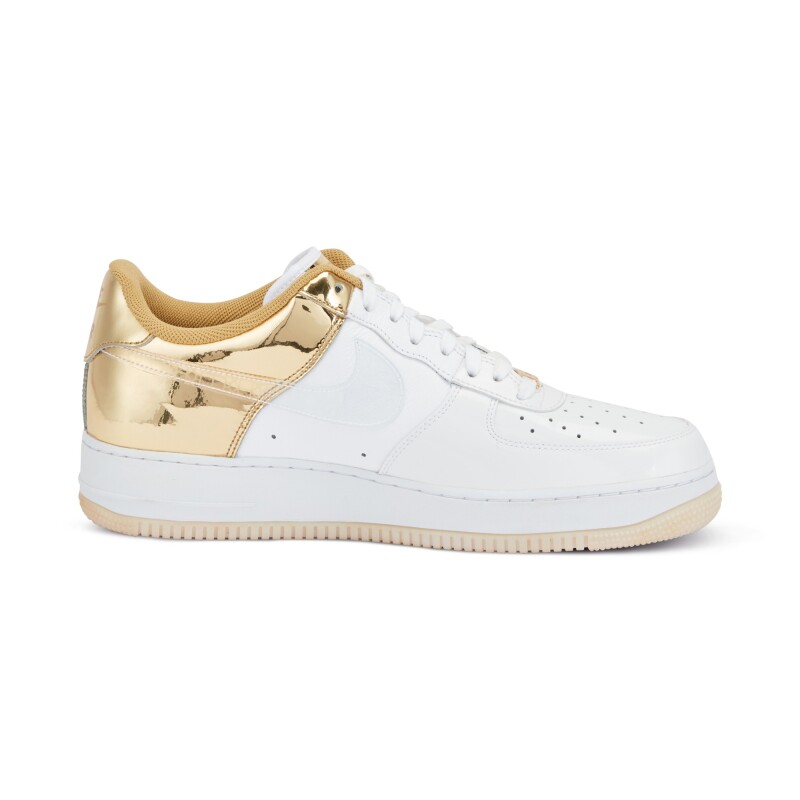 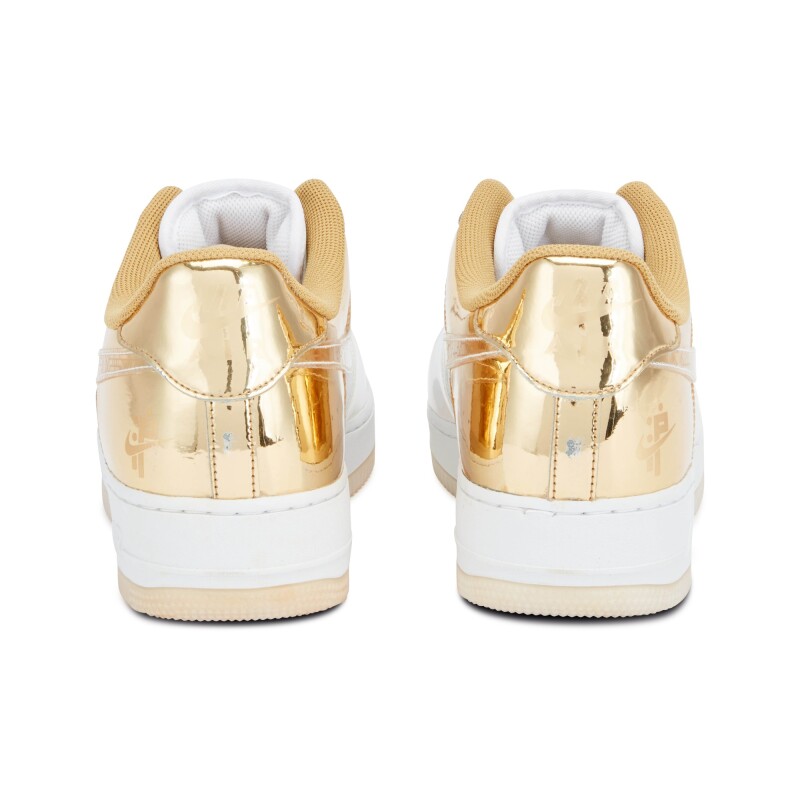 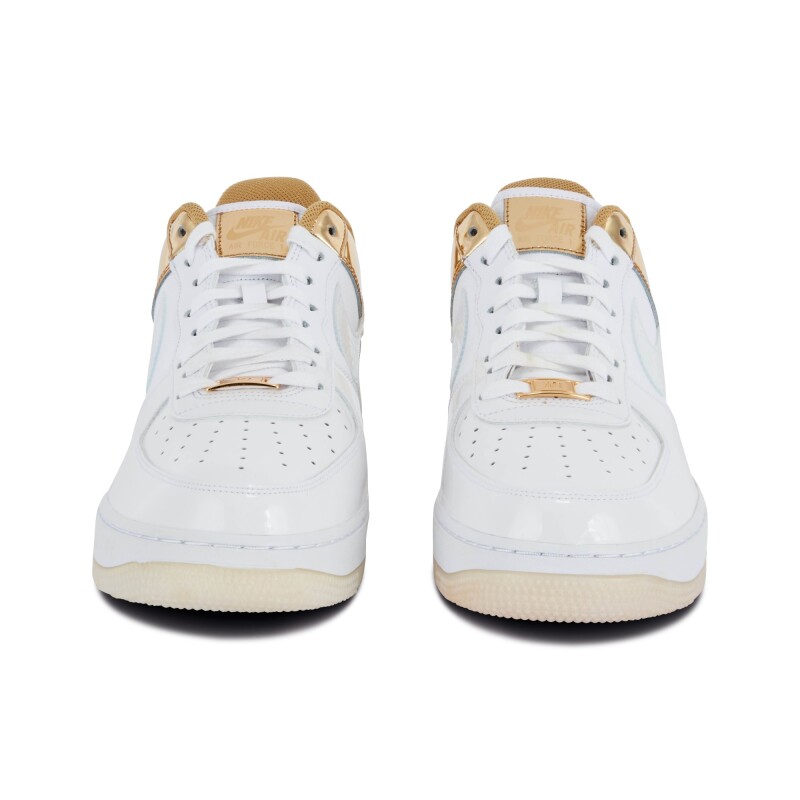 In 2019, Nike released an exclusive Air Force 1 that honors the 'golden age' of Shanghai. The shoe features a clean white leather upper and shiny gold heel. The transparent Swoosh and insole graphics bring Art Deco elements to the design, evoking the classic architecture of iconic cinemas in the 1920s and 1930s. The shoe is made of patent and ingenuity leather and completed with a branded Chinese character that represents the ancient name of Shanghai.

Loss to finish at heel.

Left shoe has areas of discoloration.