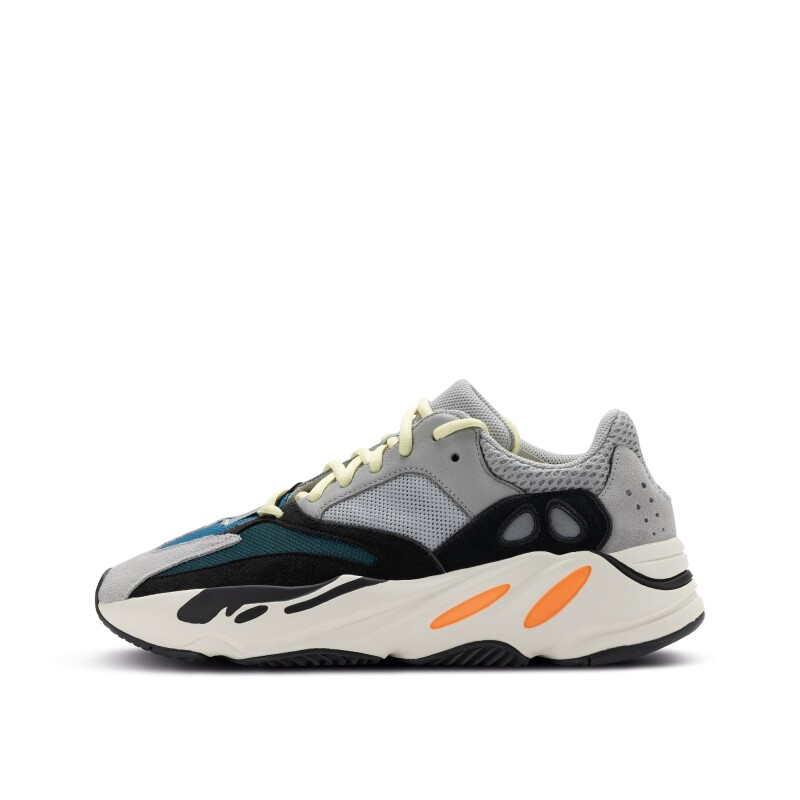 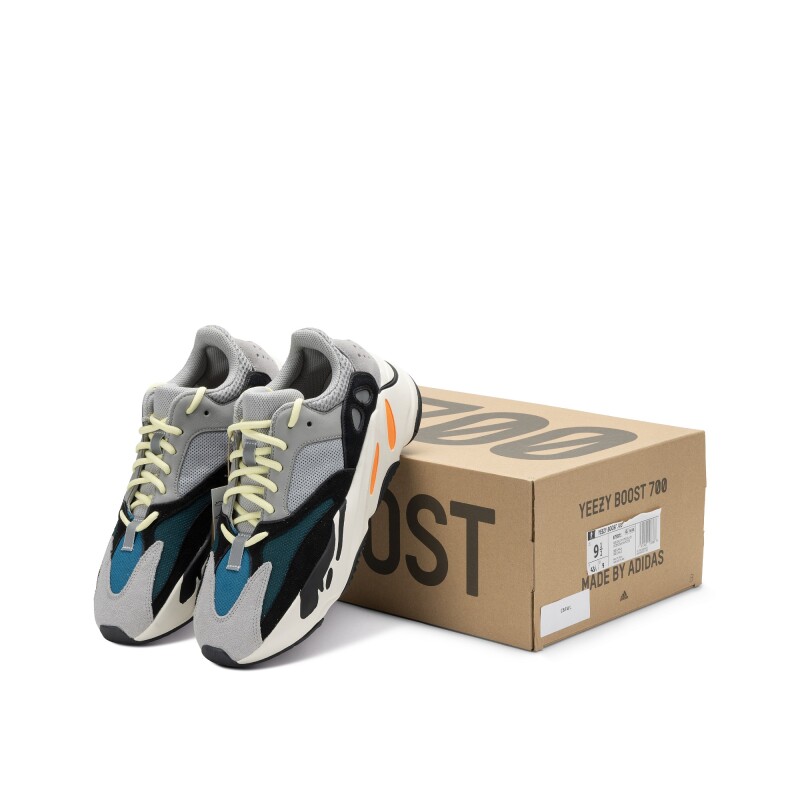 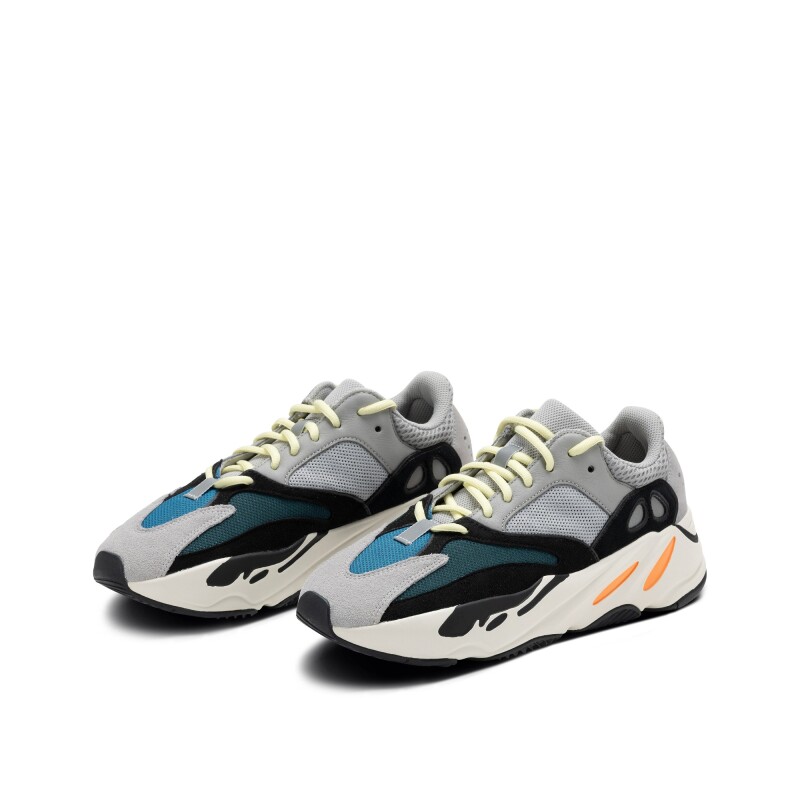 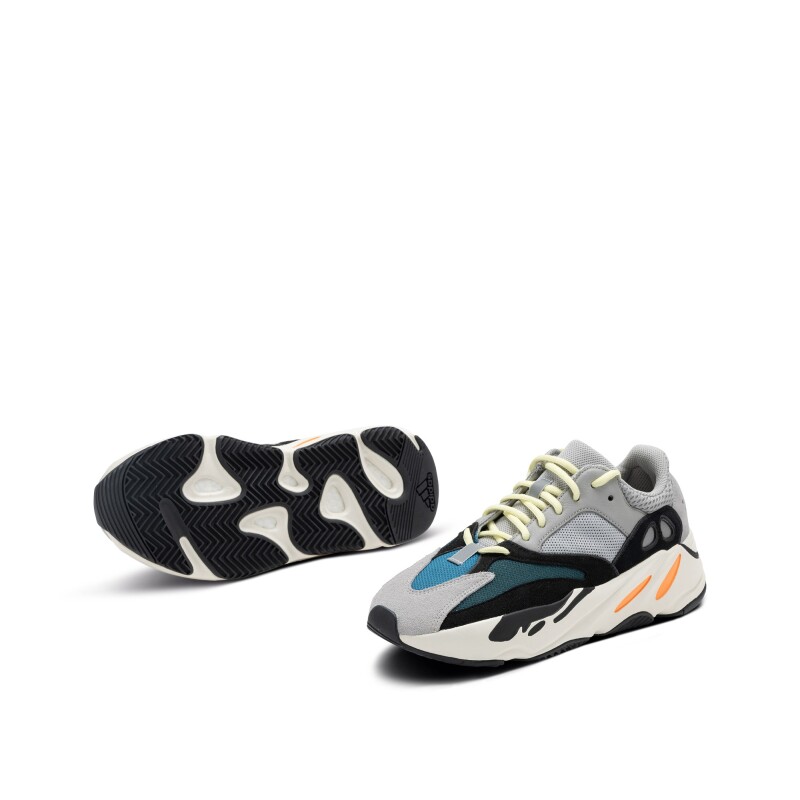 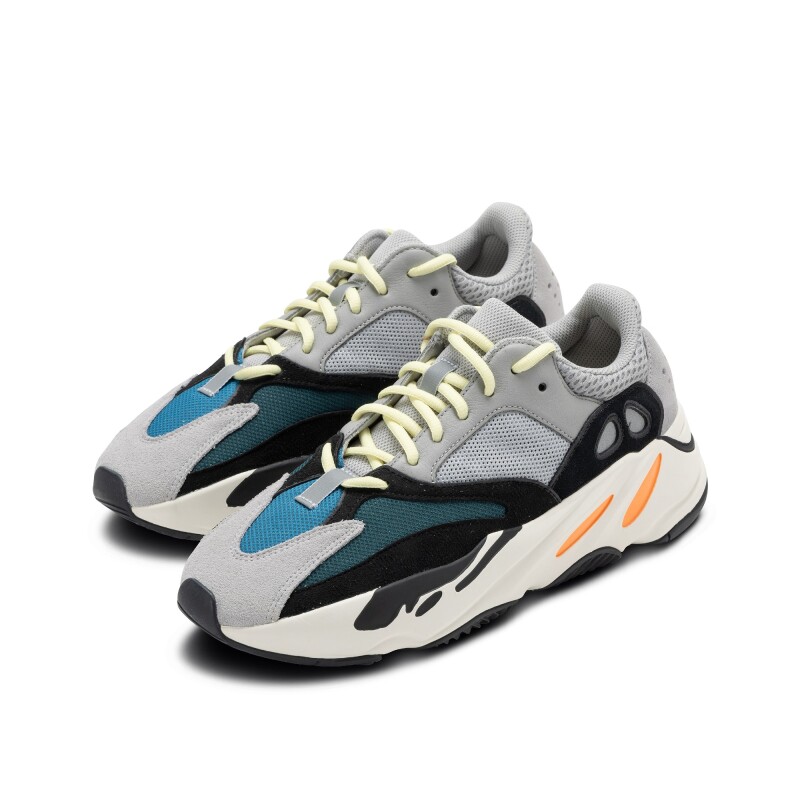 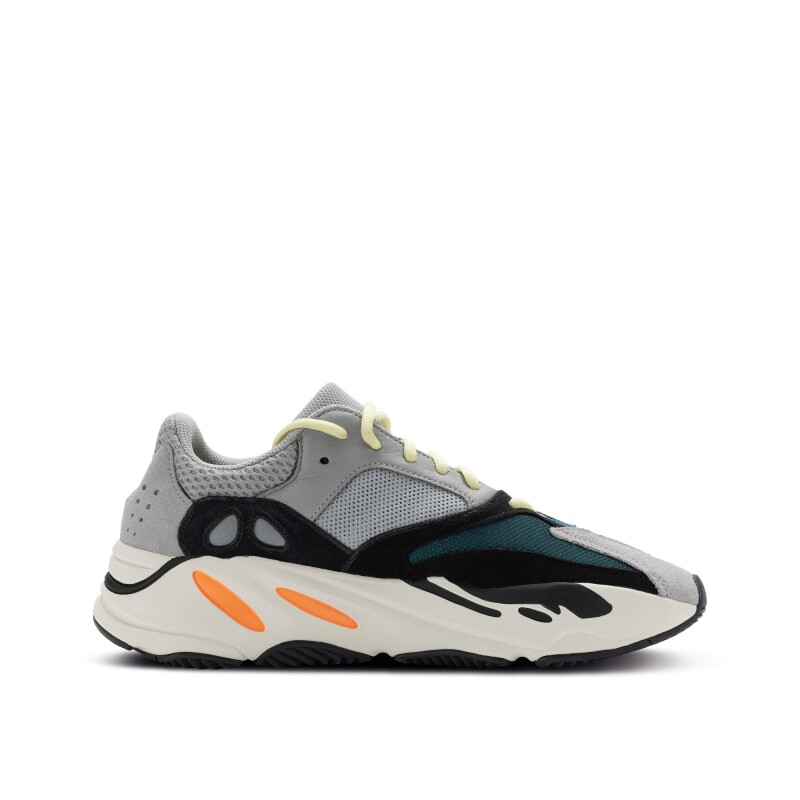 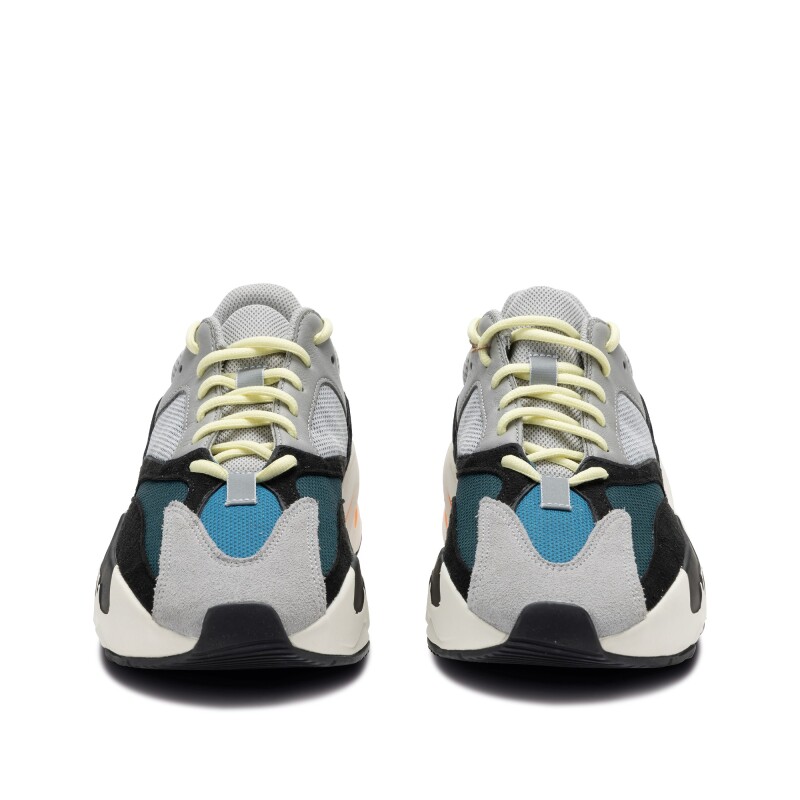 The Yeezy line at adidas has produced many decade-defining sneakers and some of both Kanye West's and adidas' most successful silhouettes. The use of innovative materials makes them timeless, a necessity for any shoe collector.

Part of the Yeezy Season 5 lineup that launched in March 2017, the Yeezy Boost 700 "Wave Runner" is the first shoe of the 700 Yeezy series. The shoe features a heavily paneled build which includes a mix of grey and black premium suede, grey and teal mesh overlays, and smooth leather, complete with its signature bulky, full-length Boost midsole for extra cushioning. The white midsole is finished with a series of orange highlights. Underfoot, a patterned outsole with herringbone tread provides traction.