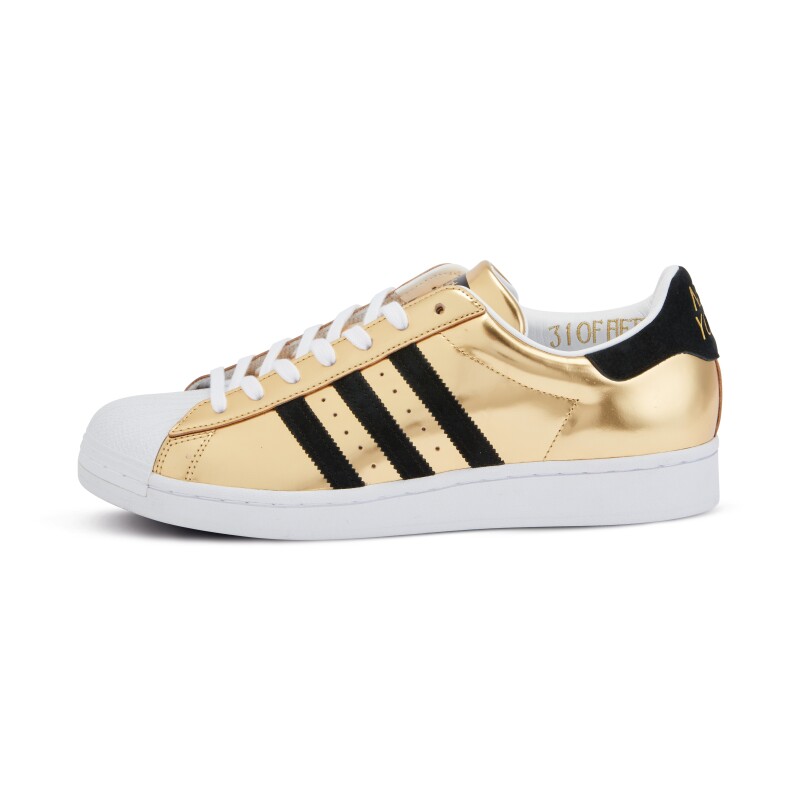 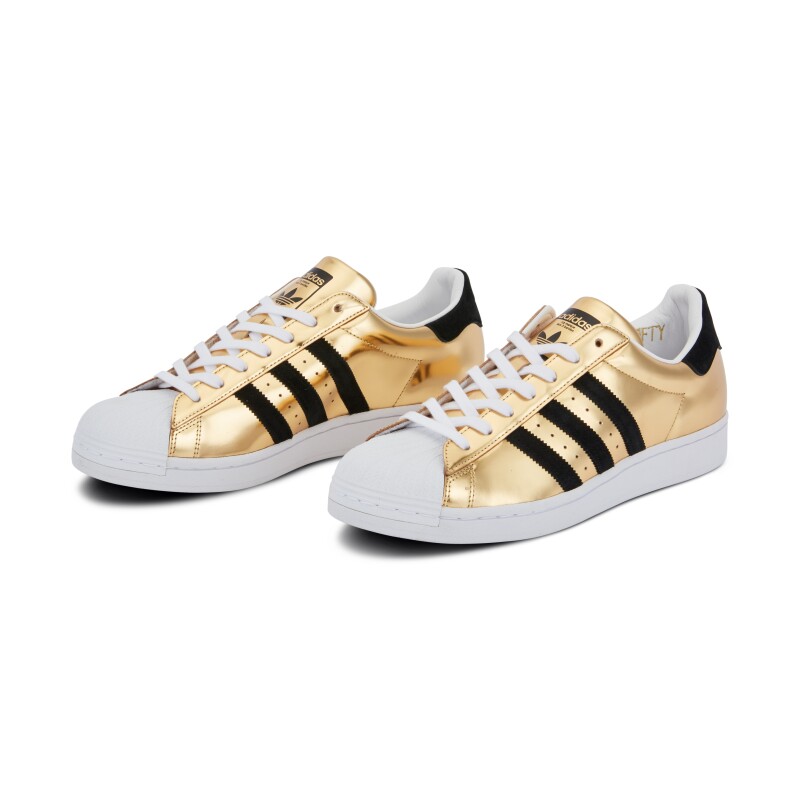 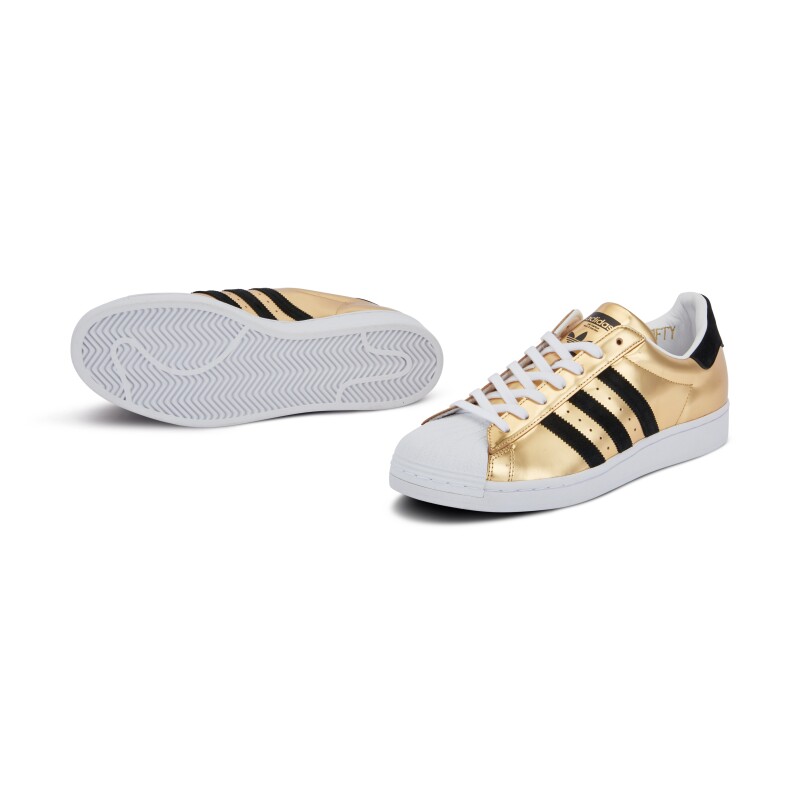 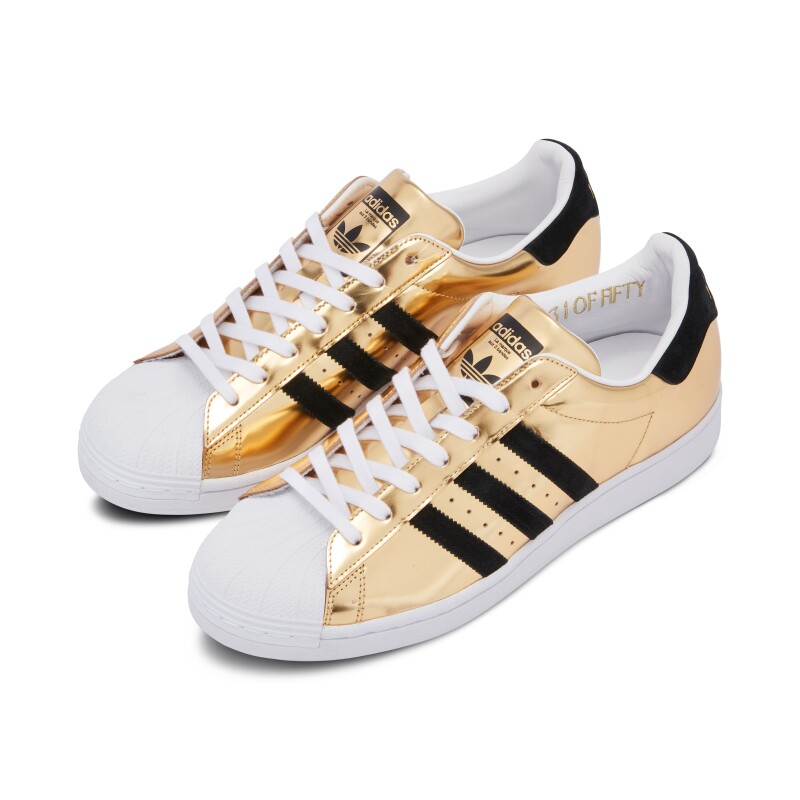 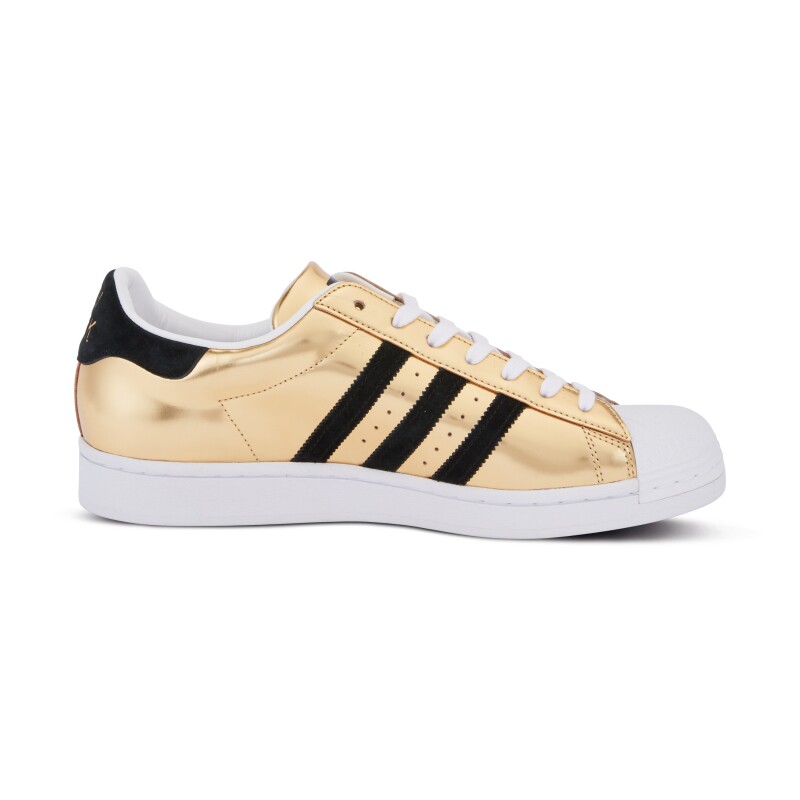 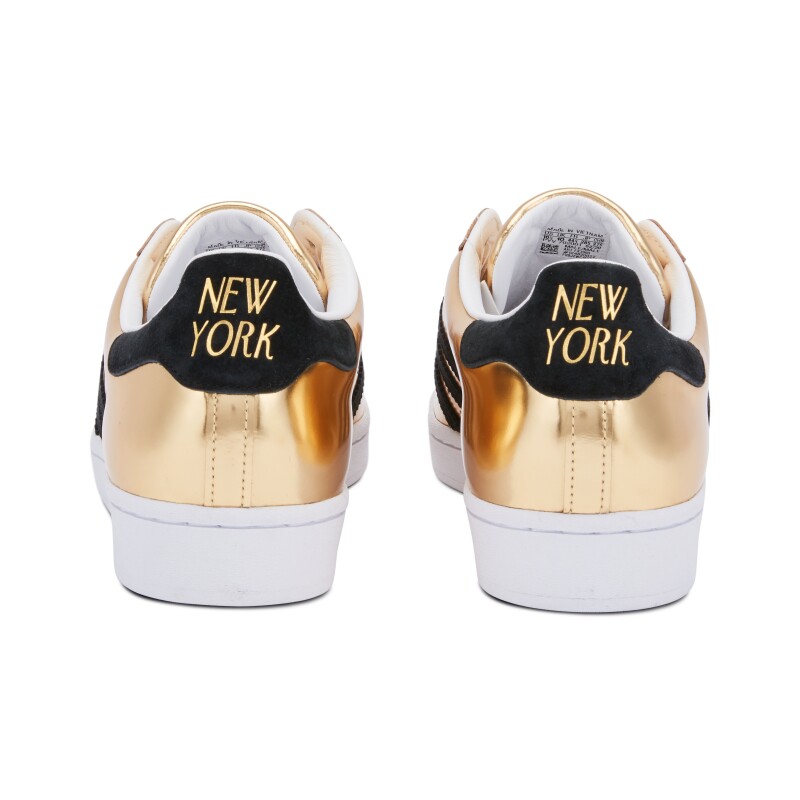 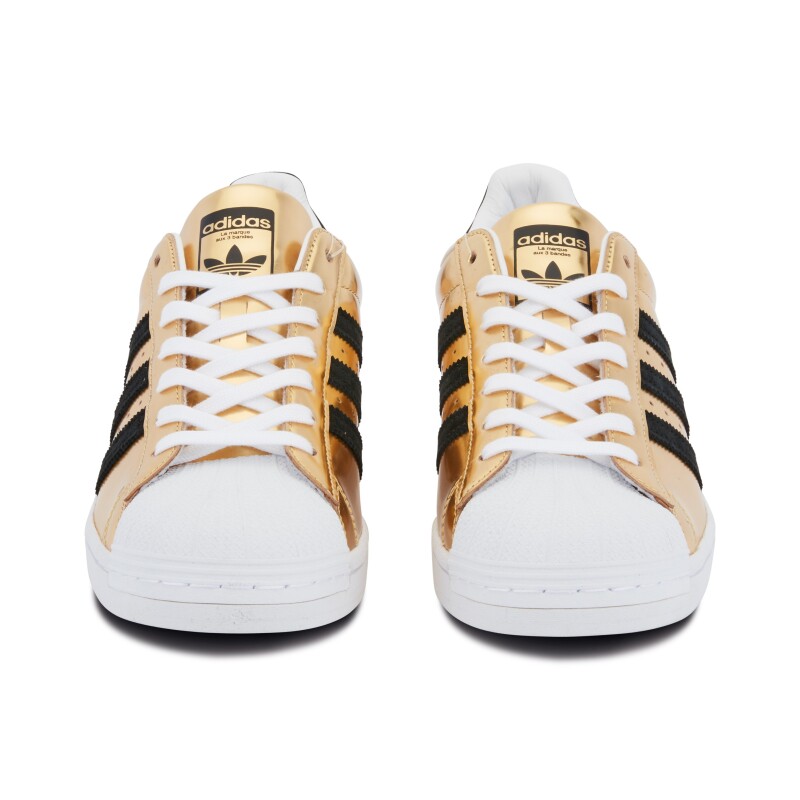 The Superstar is a legendary staple for the adidas brand. Since 1970, its success is attributed to its versatility, worn by players both on and off the court. Although the sneaker was originally designed as a performance basketball shoe, the Superstar quickly became a staple for everyday wear. Designed by Chris Severn, the sneaker is considered the first signature basketball shoe, thanks to Kareem Abdul-Jabbar. He was the first basketball player contracted by adidas and notably wore the shoes when he was on the court. The style is also known as “Shell Toes” because of the rubber toe cap design. Today the shoe has become the go-to for artists, designers, musicians, and athletes.

adidas released this metallic gold version of their iconic Superstar silhouette in honor of the design's 50th anniversary. The metallic gold upper is accented with three black nubuck leather stripes, the brands signature detail. The heel tab and branding on the tongue are also accented in black nubuck. The shoe pays homage to New York, where the Superstar gained much of its popularity. 'New York' is branded on the heel in gold. Only fifty of these shoes exist, each interior is numbered in gold embroidery.