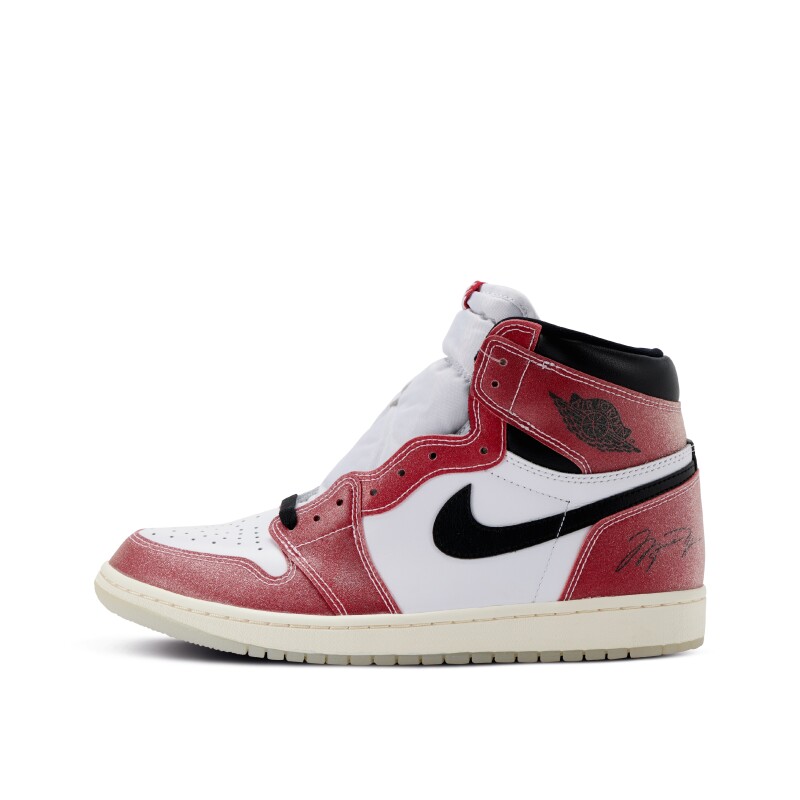 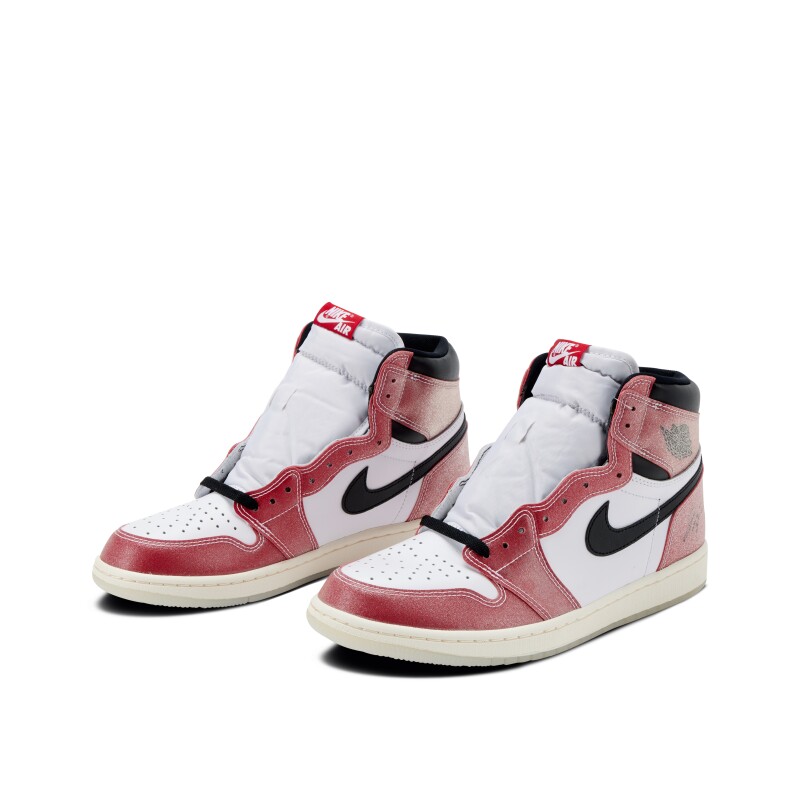 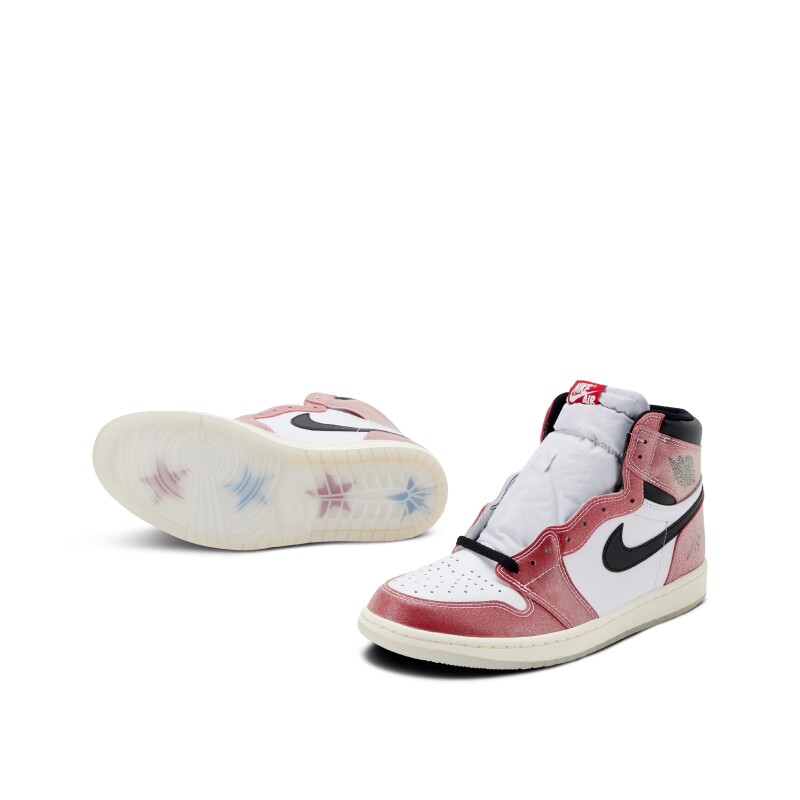 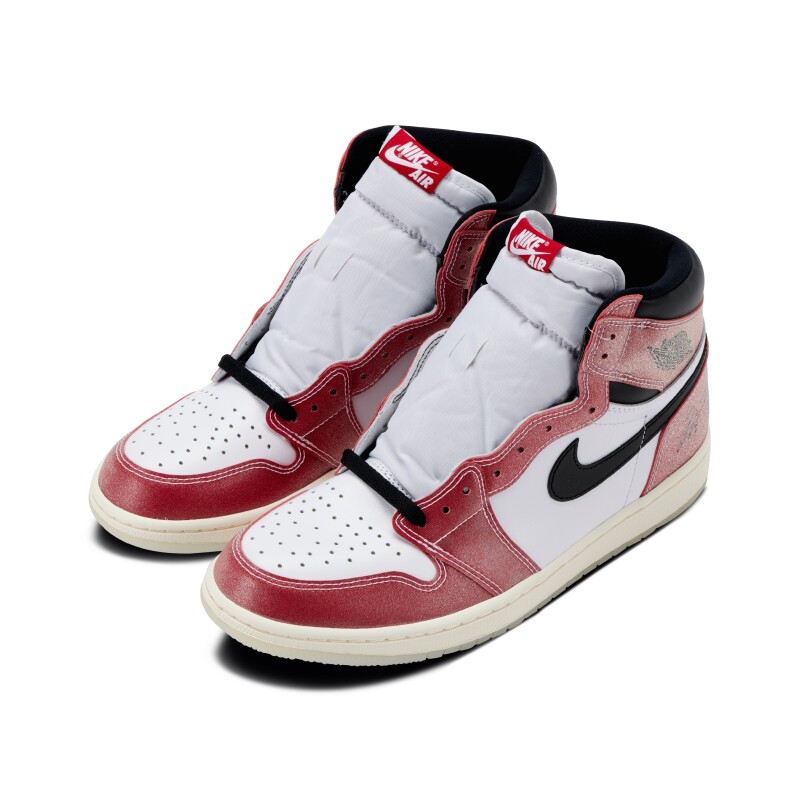 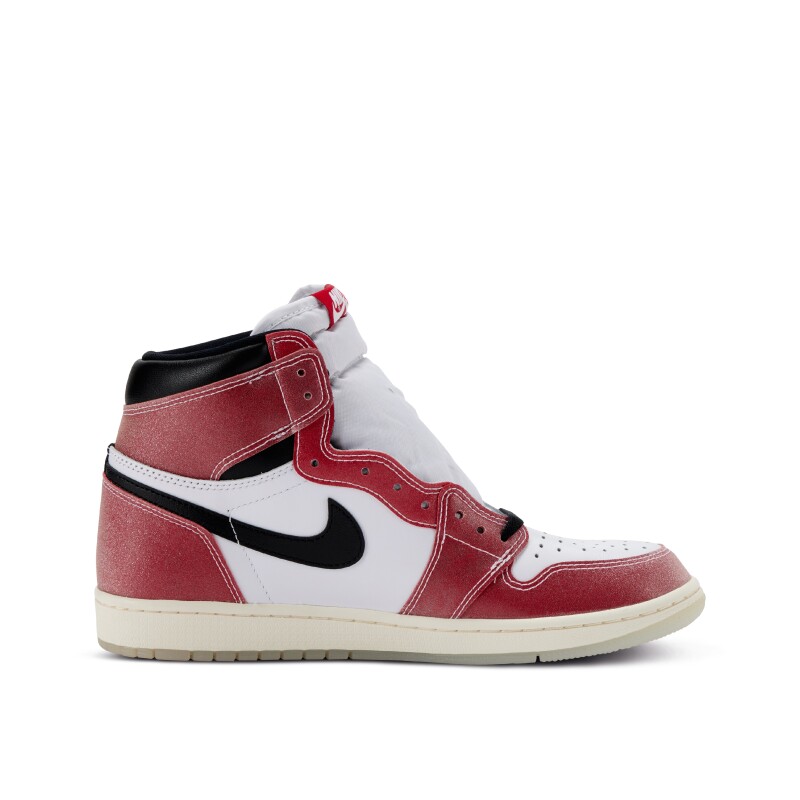 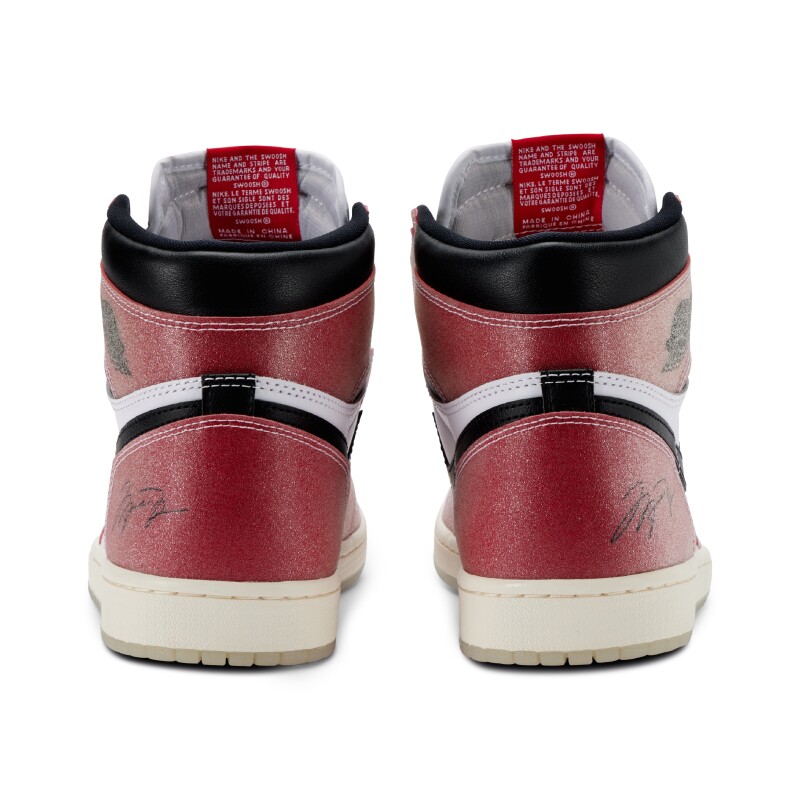 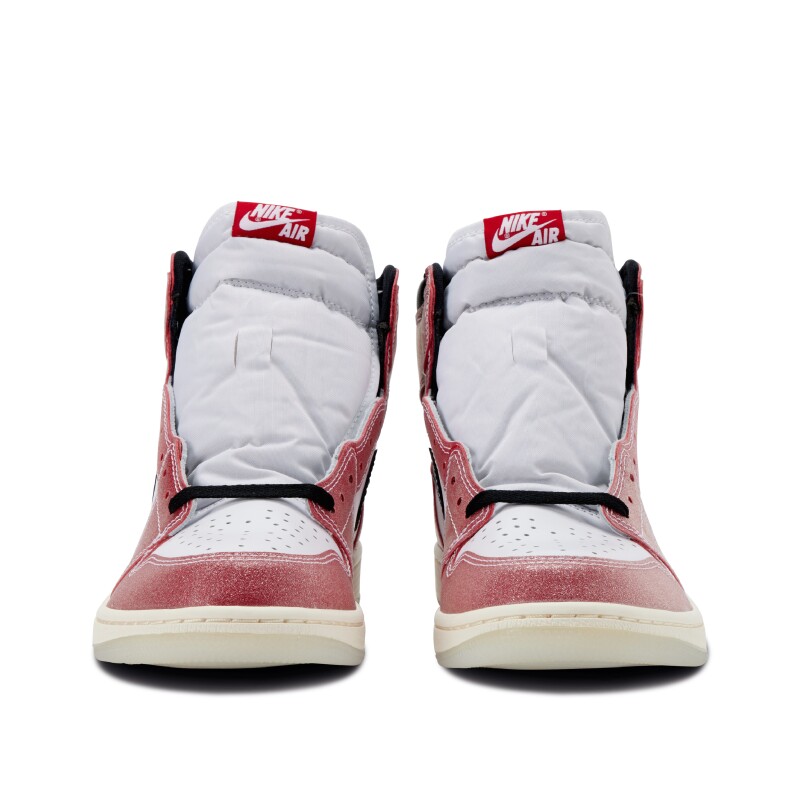 Released in 2021 and limited to just 12,000 pairs, the Nike Trophy Room x Air Jordan 1 Retro High OG SP "Chicago" was designed by Marcus Jordan’s sneaker boutique. The pair takes inspiration from the 1985 NBA All-Star game dubbed "the freeze-out," in which rookie Michael Jordan was playing his first-ever All-Star game and was reportedly denied the ball by his veteran teammates. The pair sports an OG-inspired colorway, with a subtle frozen finish throughout. Both lateral heels feature a print of Michael Jordan’s signature and co-branding on the sockliners. The pair sits atop an off-white midsole and an icy, translucent rubber outsole.