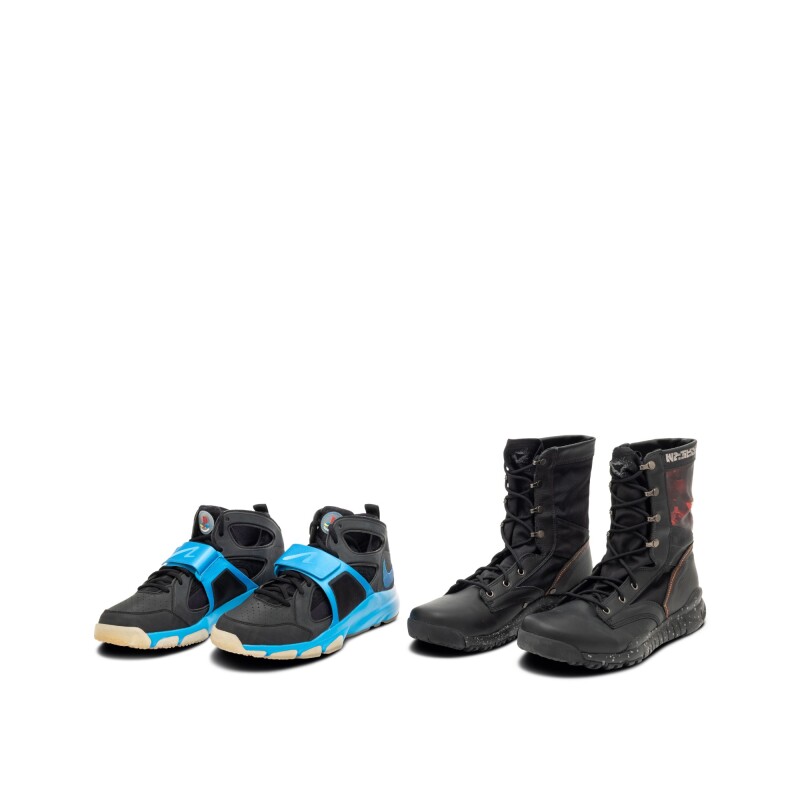 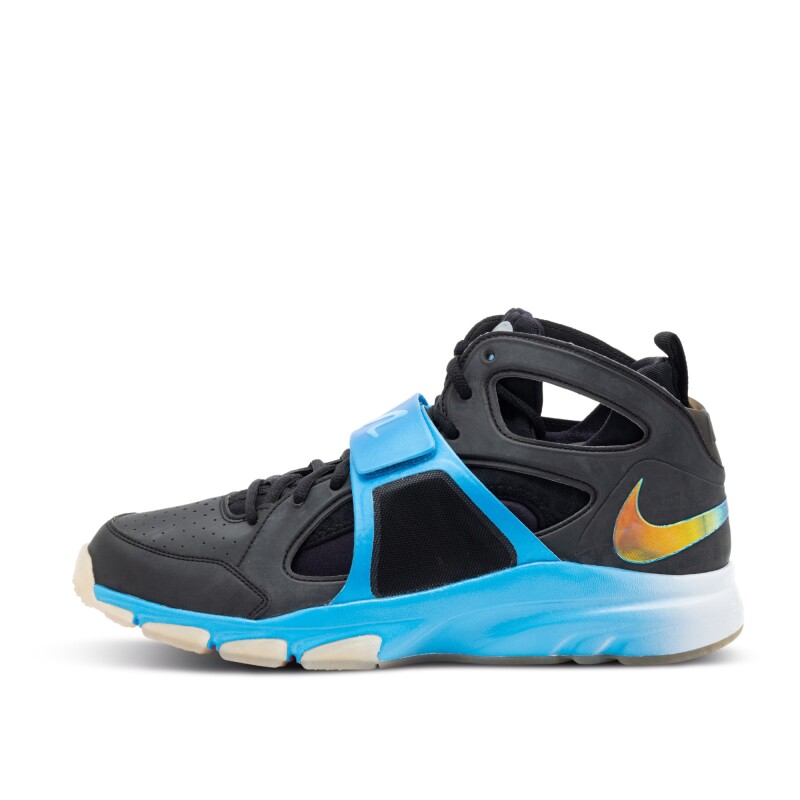 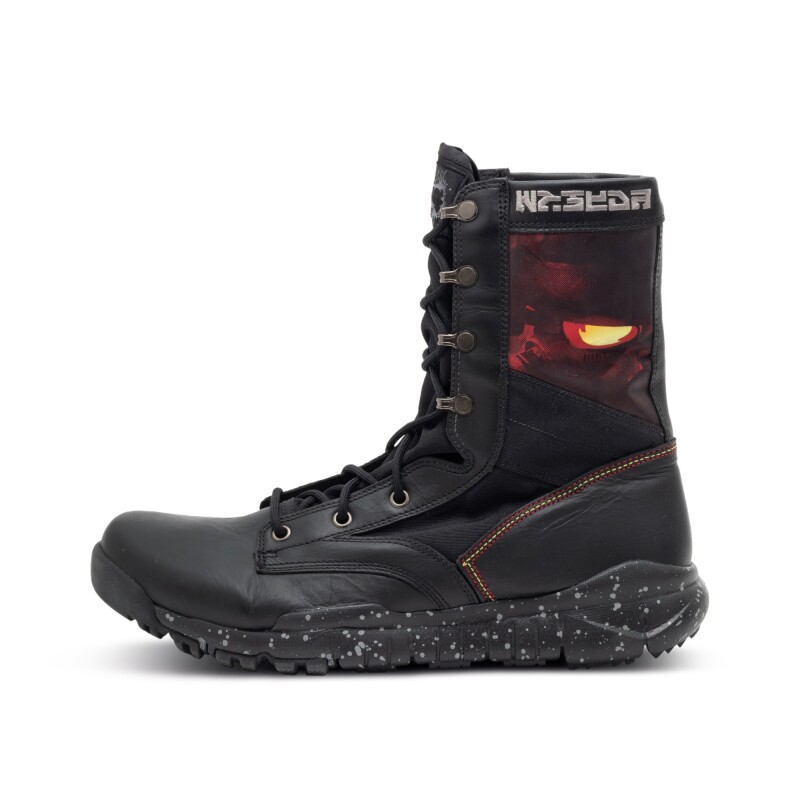 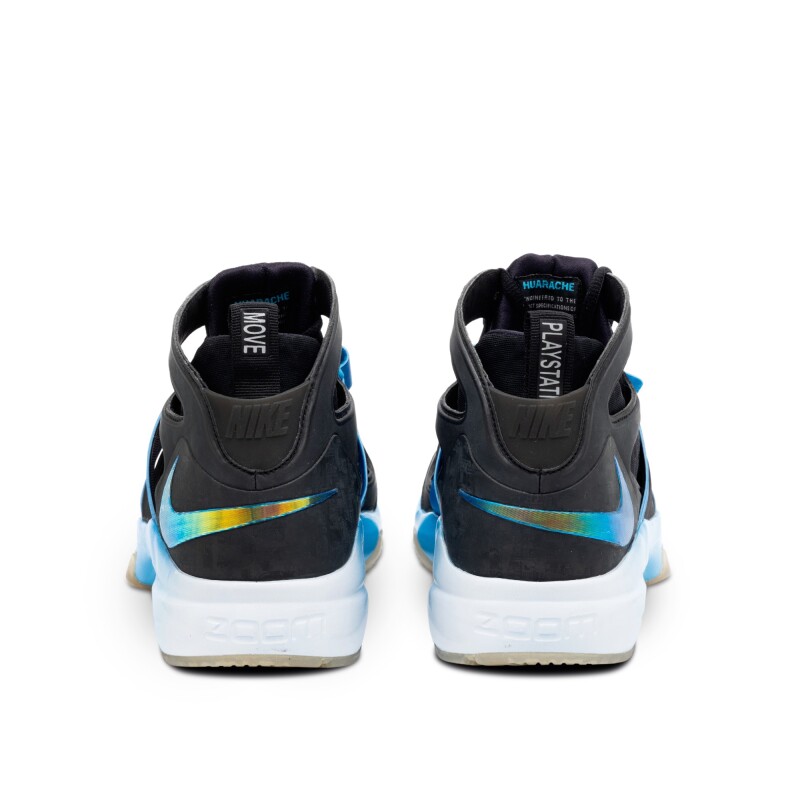 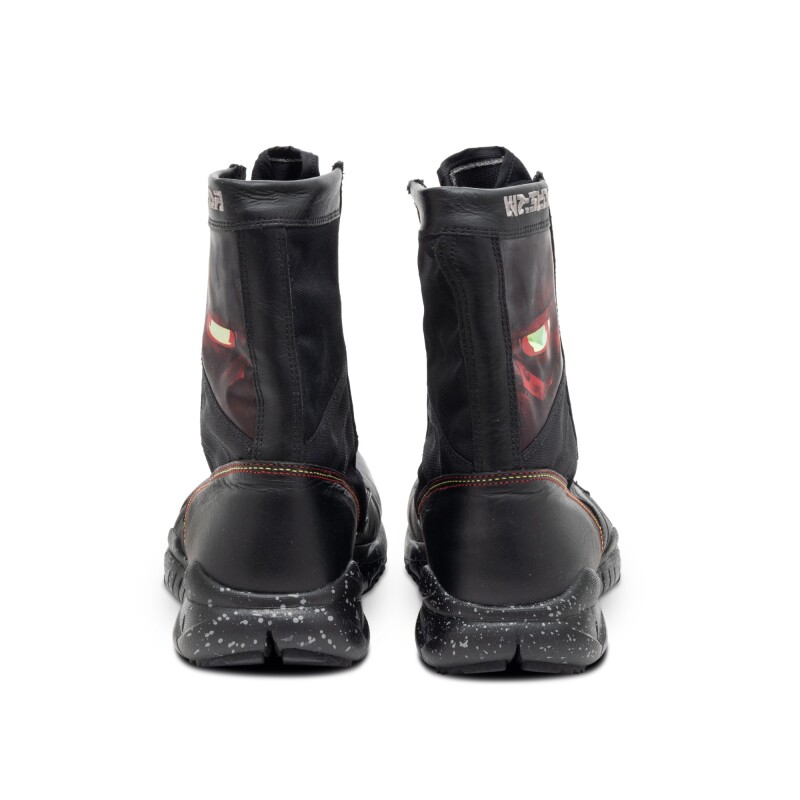 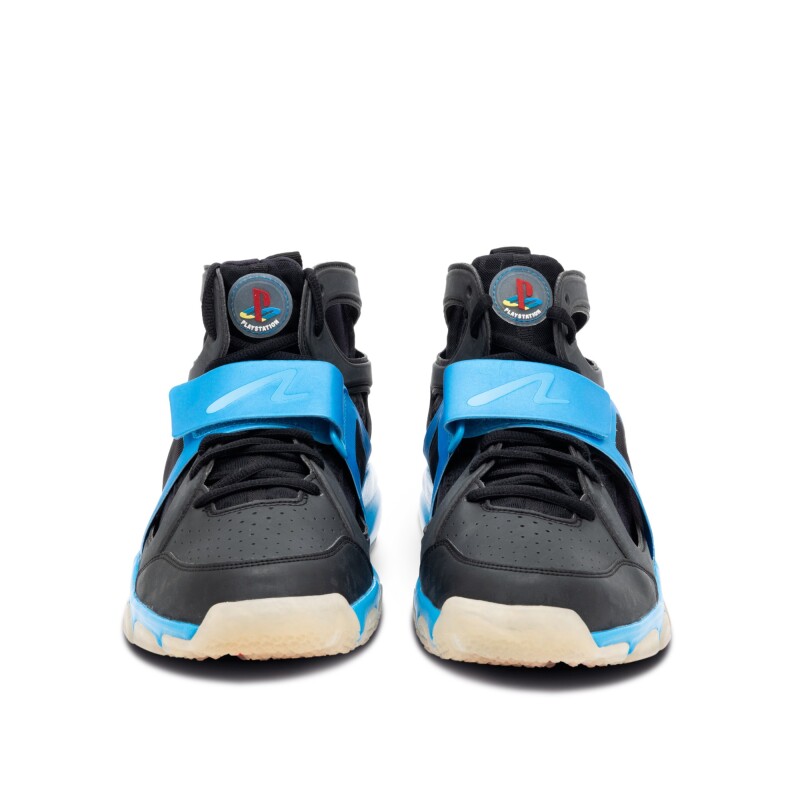 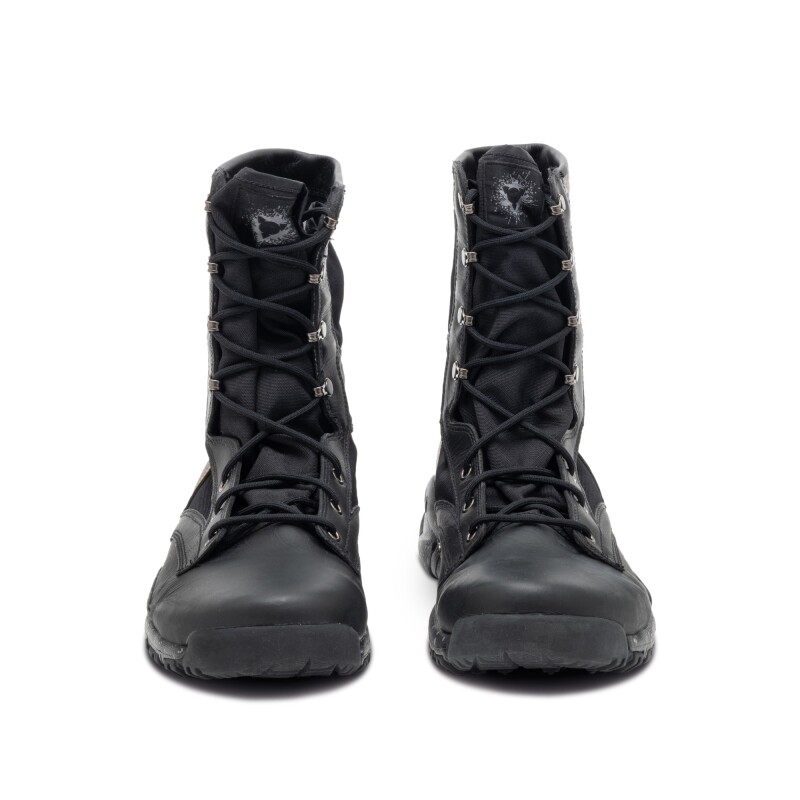 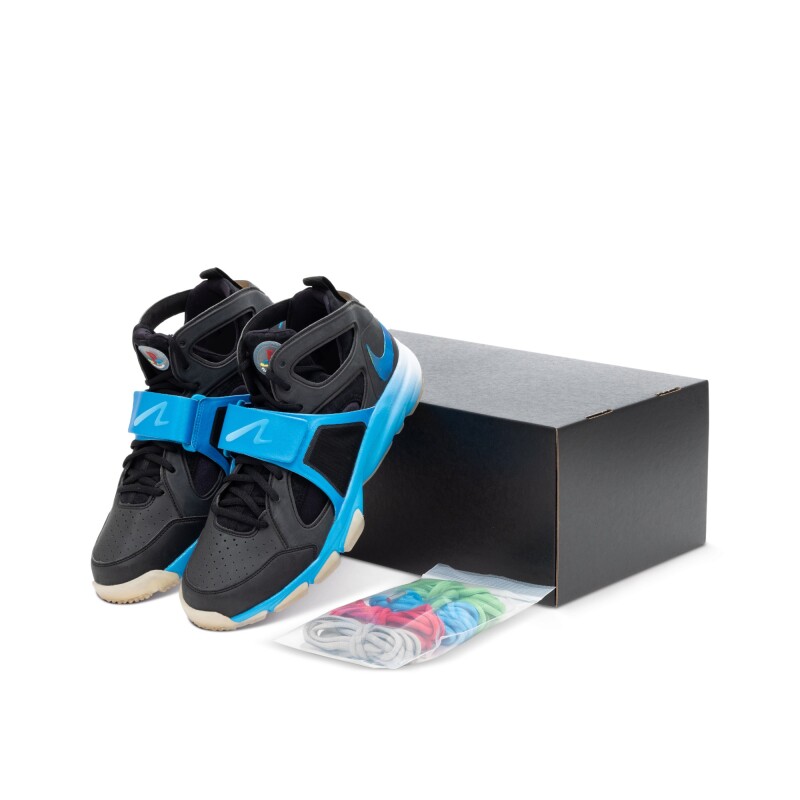 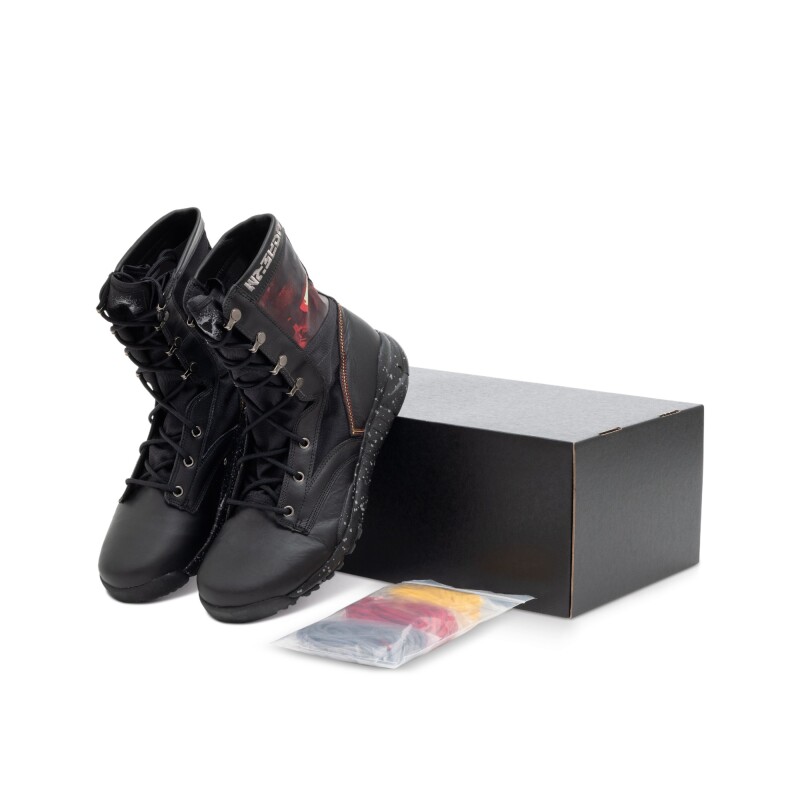 In celebration of the 15th anniversary of the Sony PlayStation, the video game franchise collaborated with Nike once again. The Nike Training x Sony PlayStation Move Pack commemorates a decade and a half of gaming with two shoes, the “Move” Zoom Huarache Trainer and “Killzone” Special Forces Boot. The “Move” Zoom Huarache Trainer was inspired by the debut of the PlayStation Move controller and features a black leather toe box and a patterned upper with a tonal graphic. The sole and straps are the same shade of blue as the sphere on top of the controller. Sony adds its finishing touches with an iridescent Nike swoosh on the heel, a PlayStation logo on the tongue and the Move logo on the strap. The “Killzone” Special Forces Boot material and graphics were inspired by the video game Killzone. The large eye seen at the top of the boot changes color, depending on lighting and perceived location.