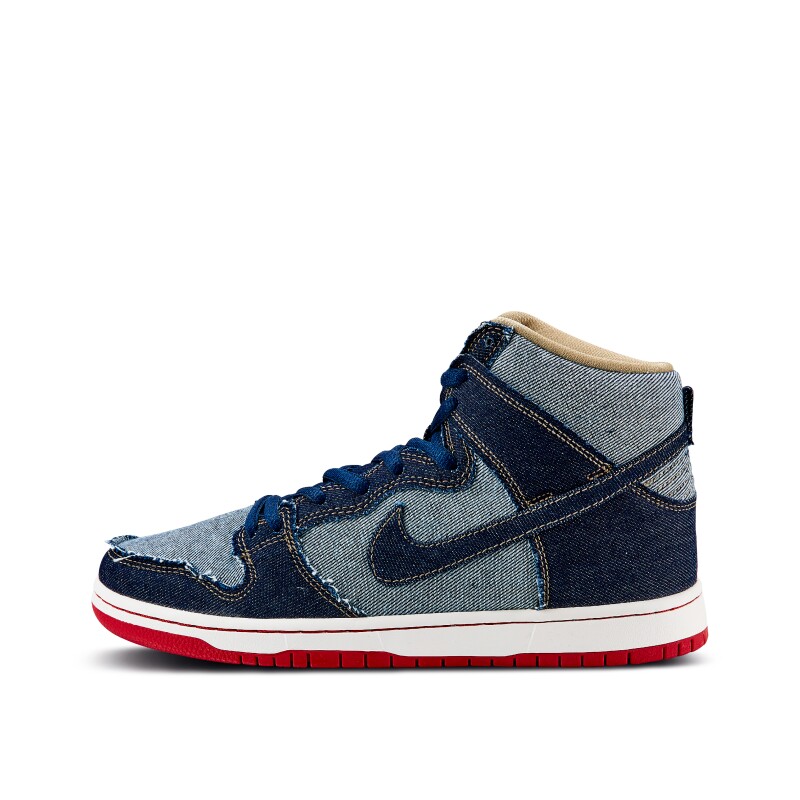 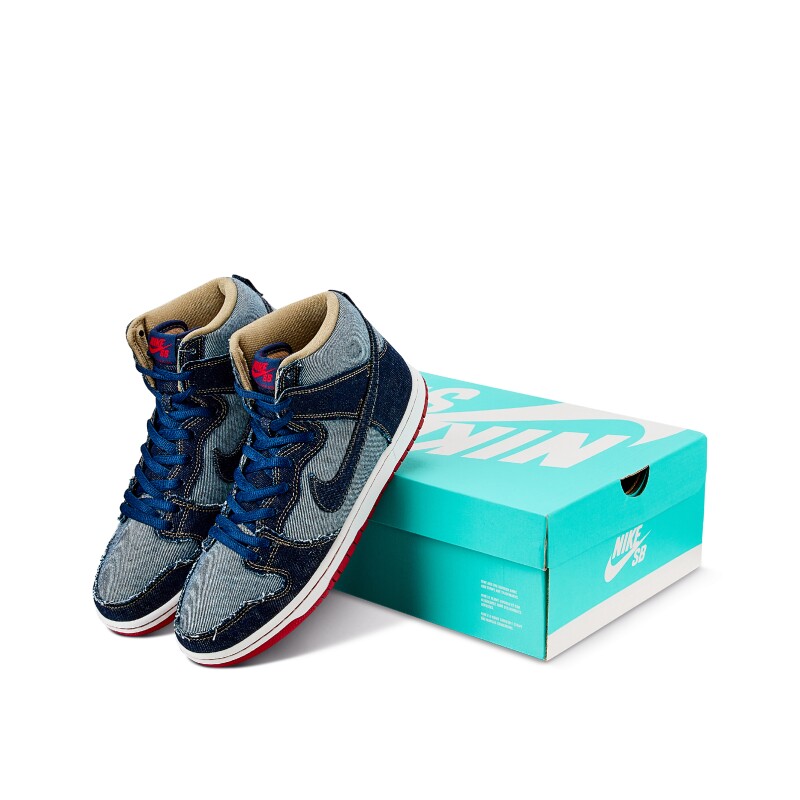 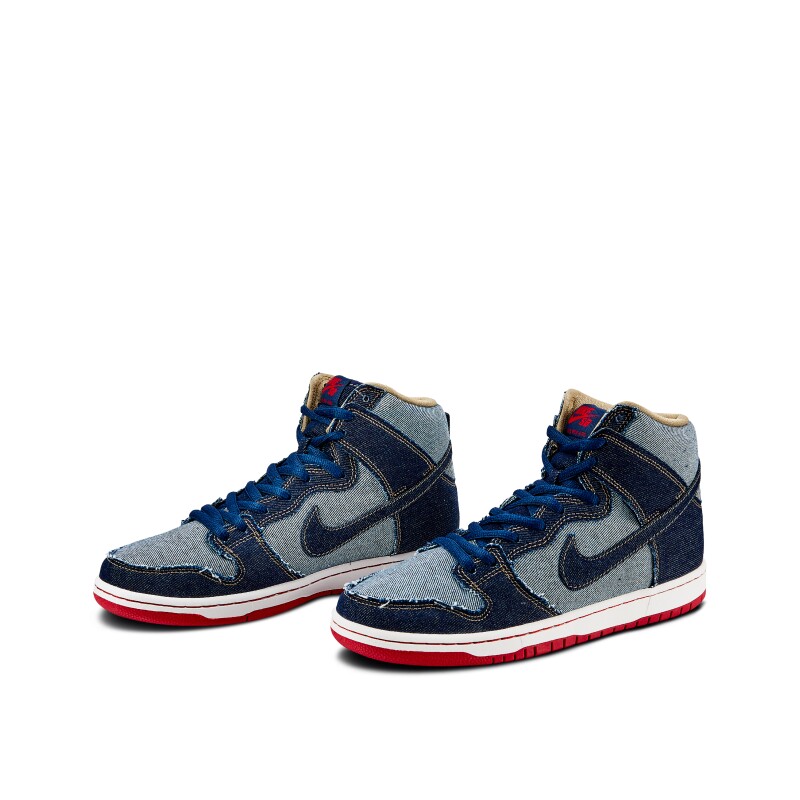 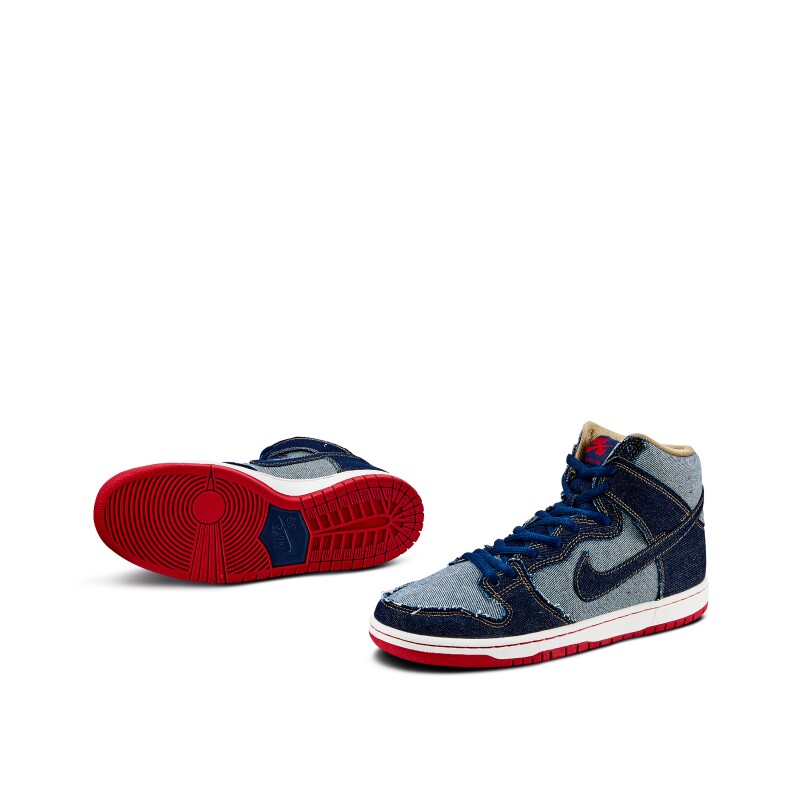 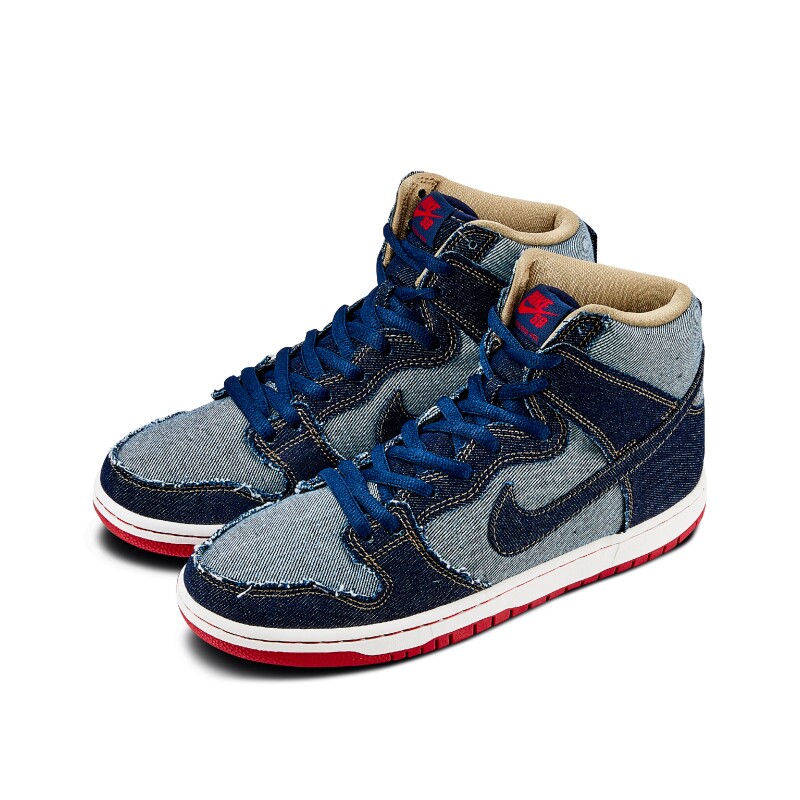 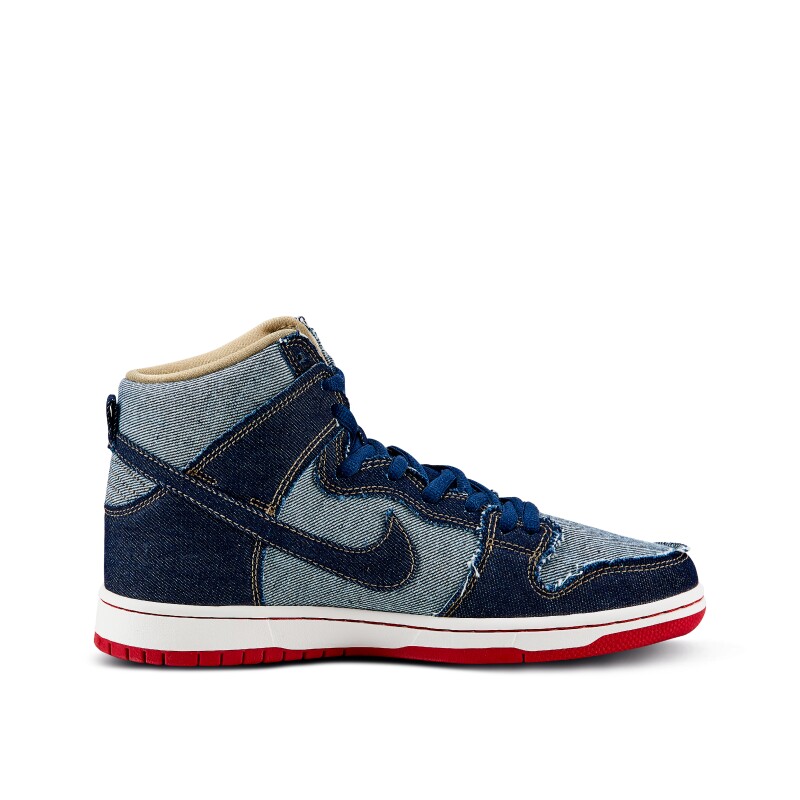 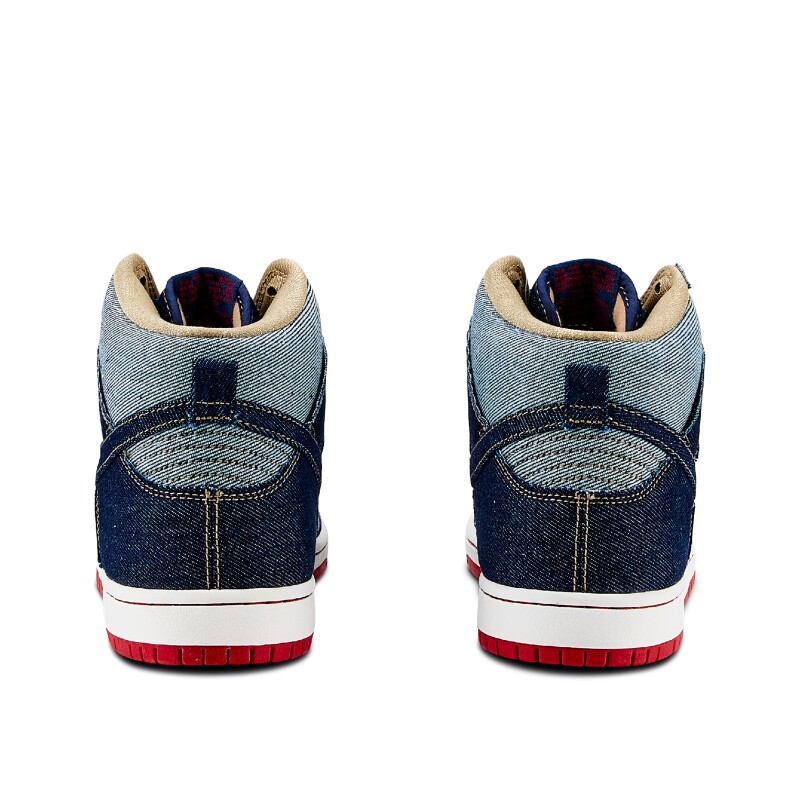 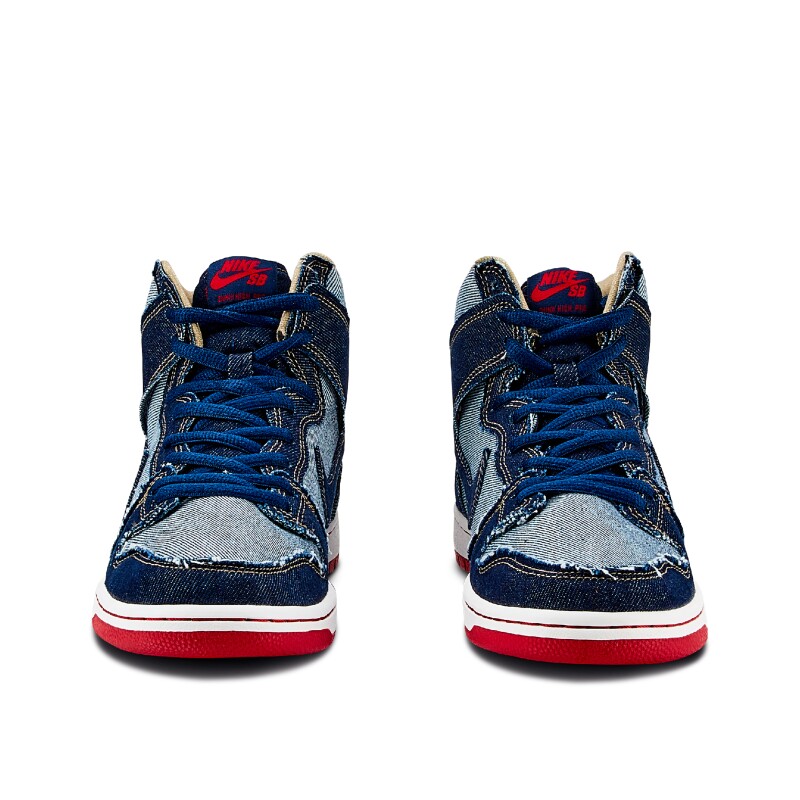 Remaking the original 2002 low-top, the Nike SB Dunk High "Reese Forbes Denim" released in 2017. The pair features a frayed navy denim upper with brown contrast stitching, a white midsole and accents of red on the tongue branding and outsole.