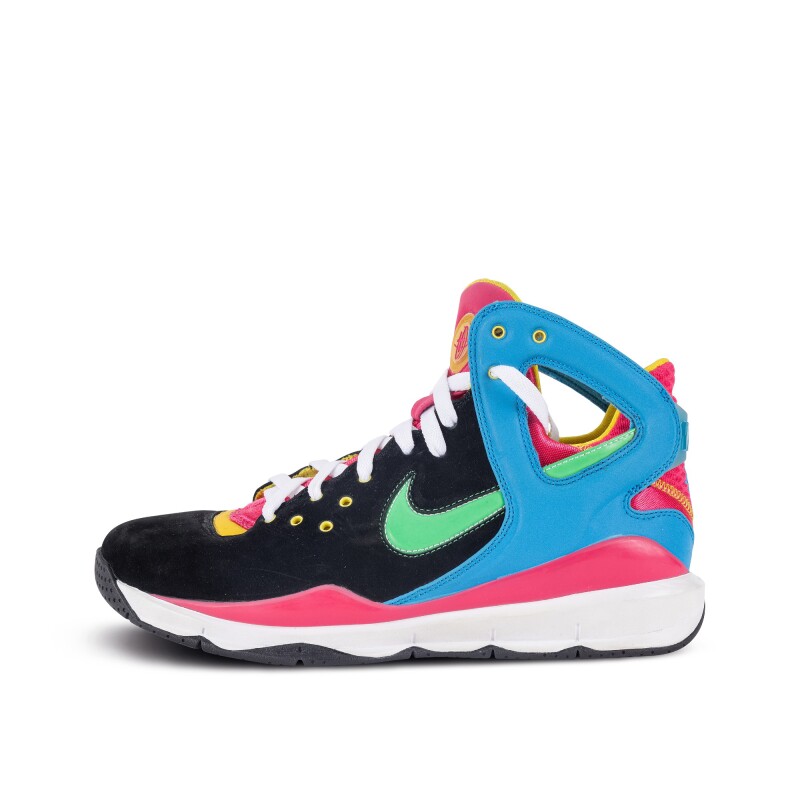 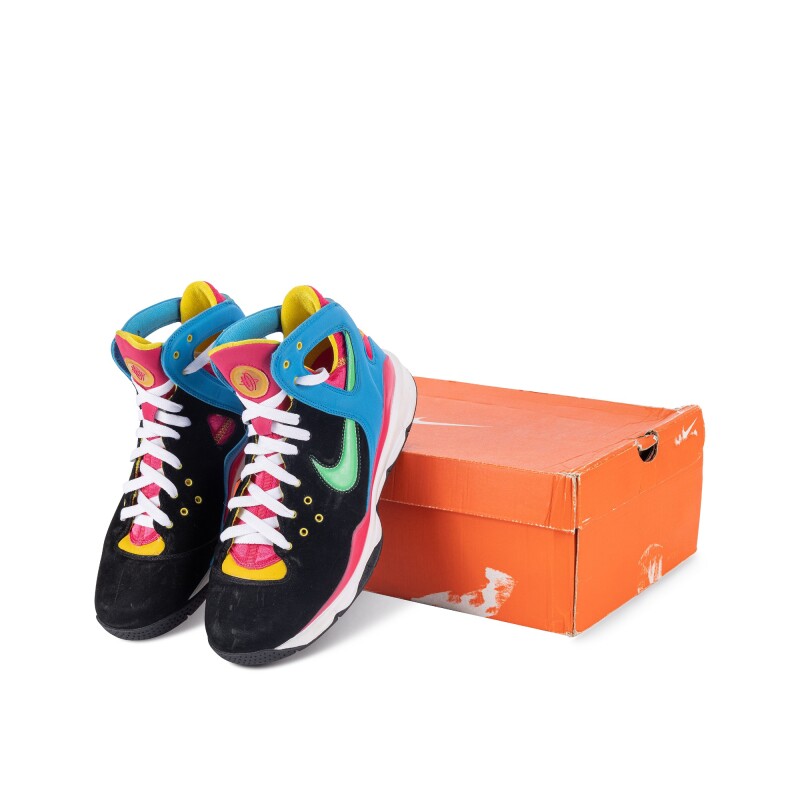 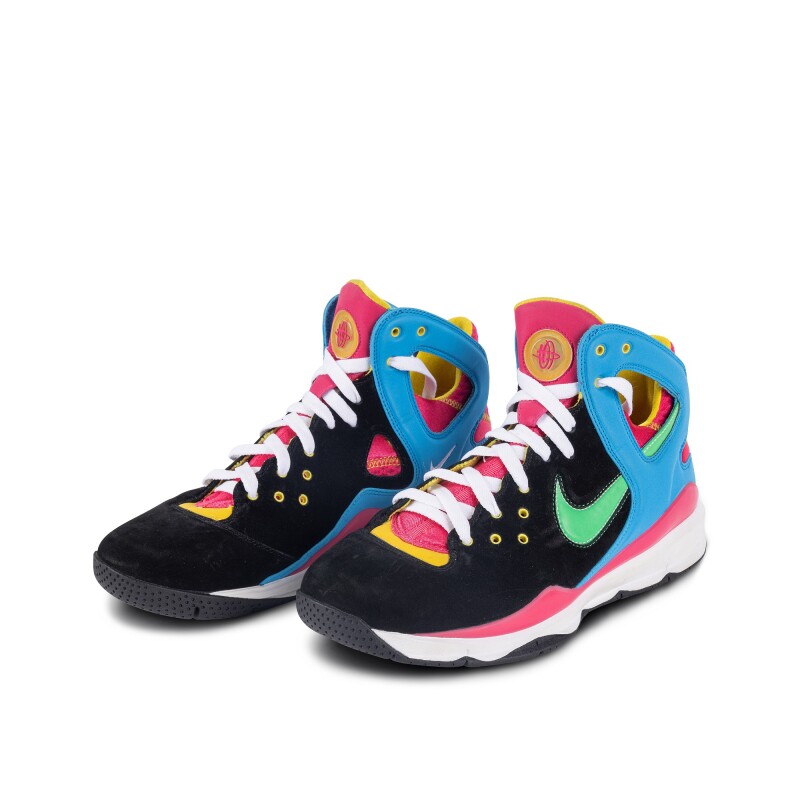 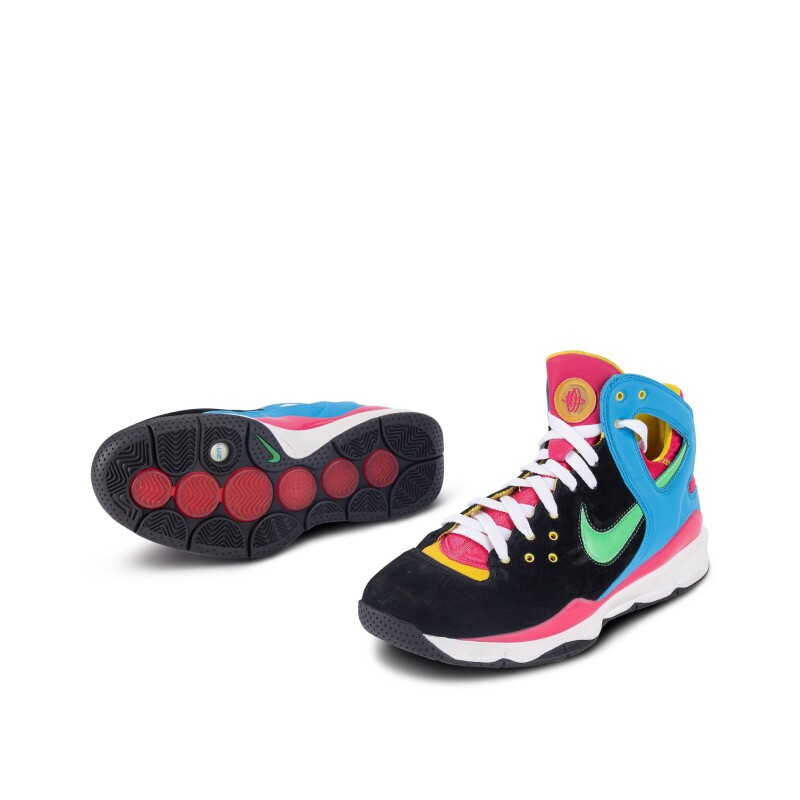 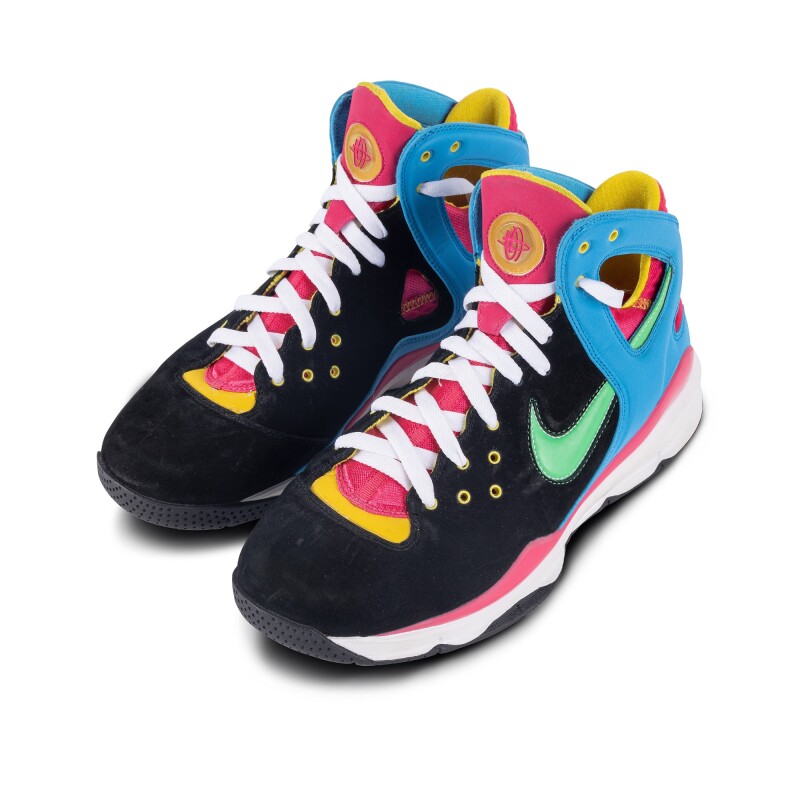 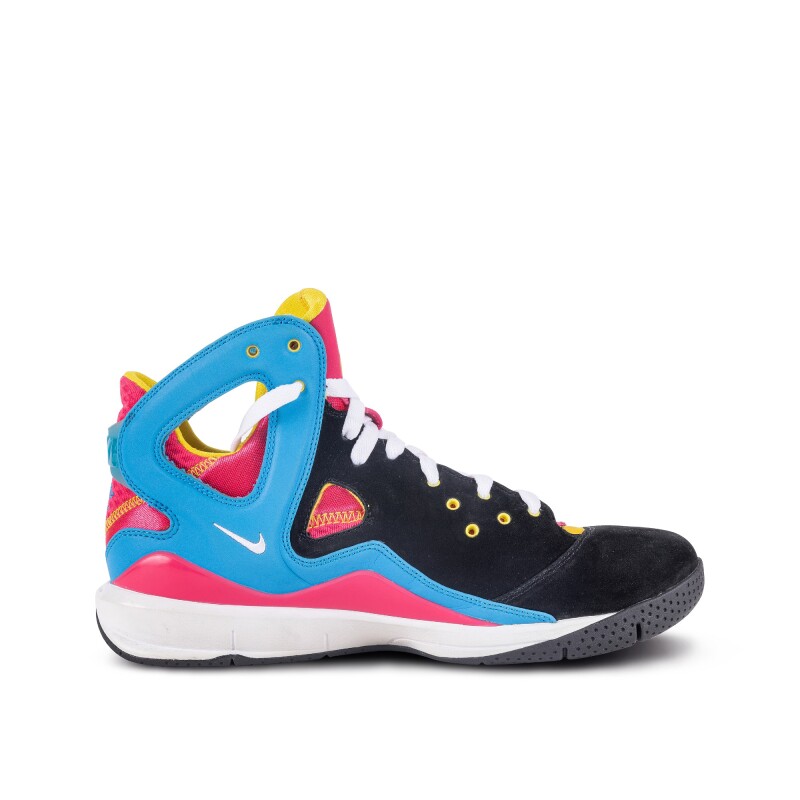 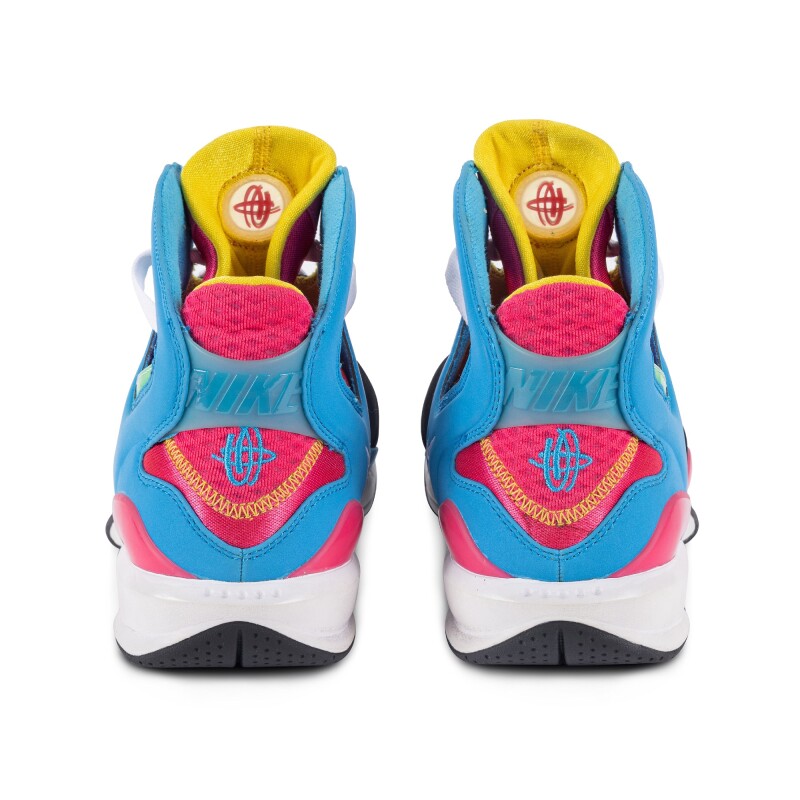 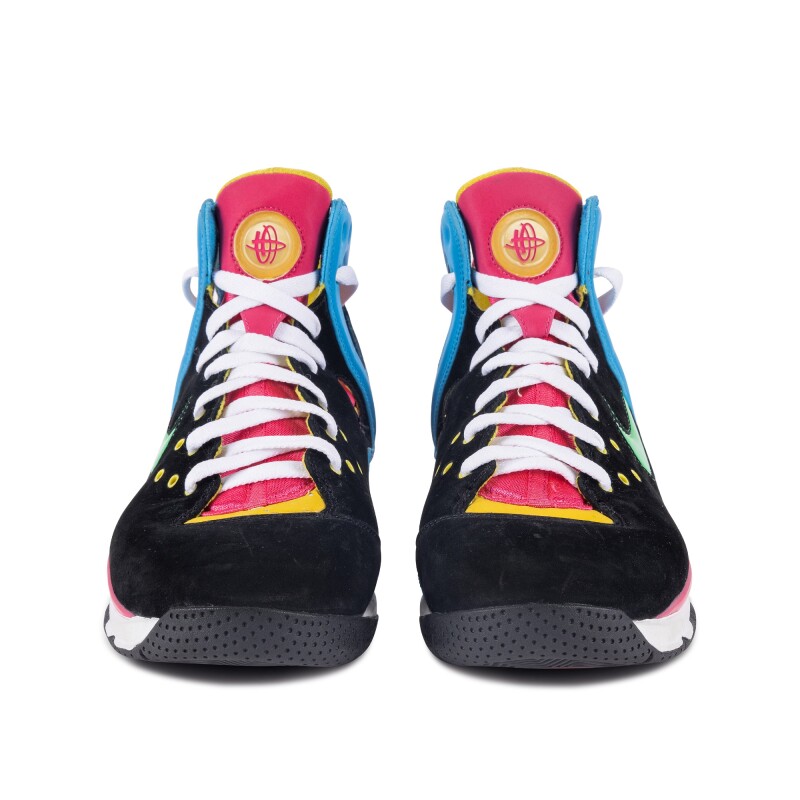 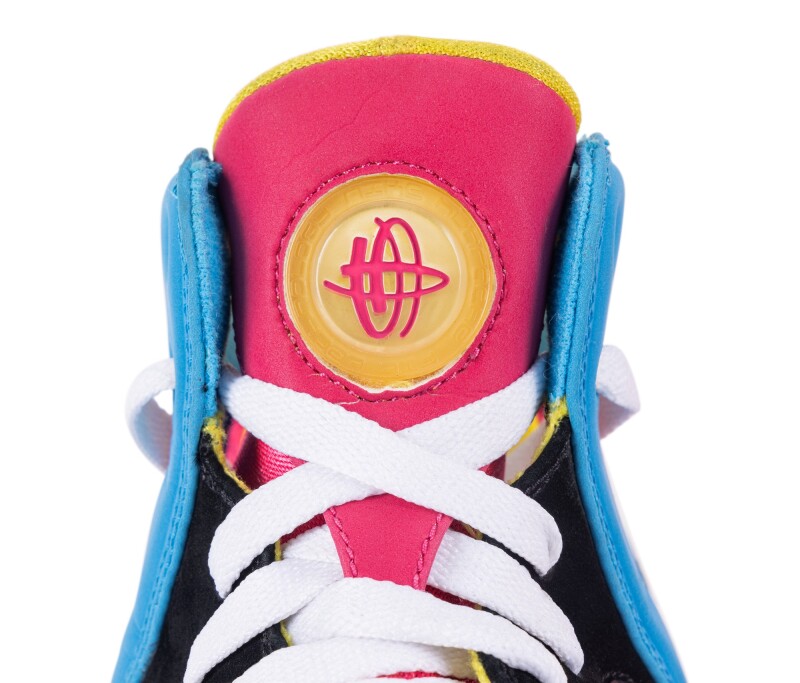 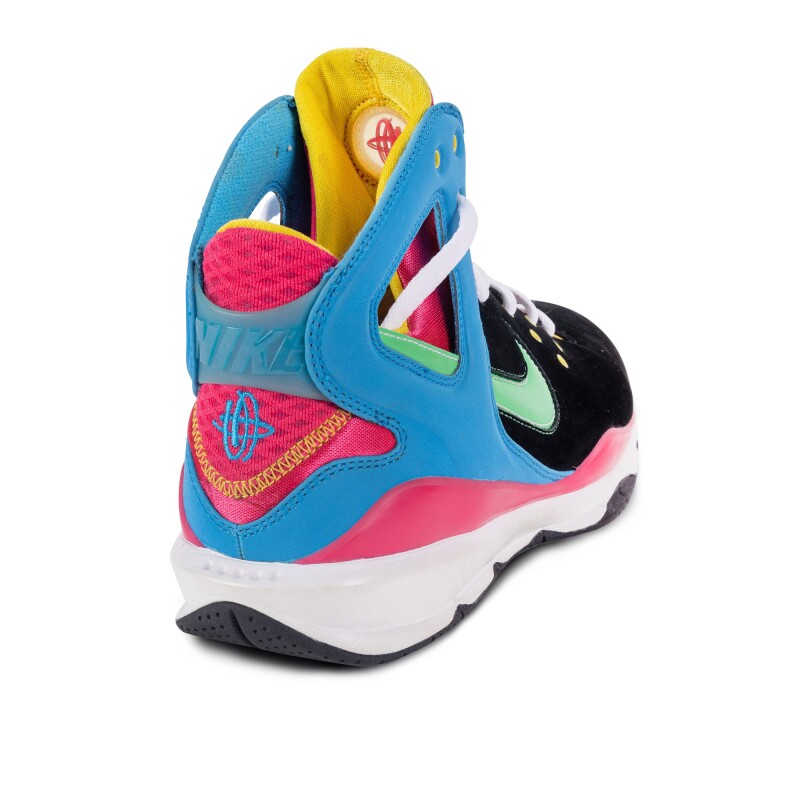 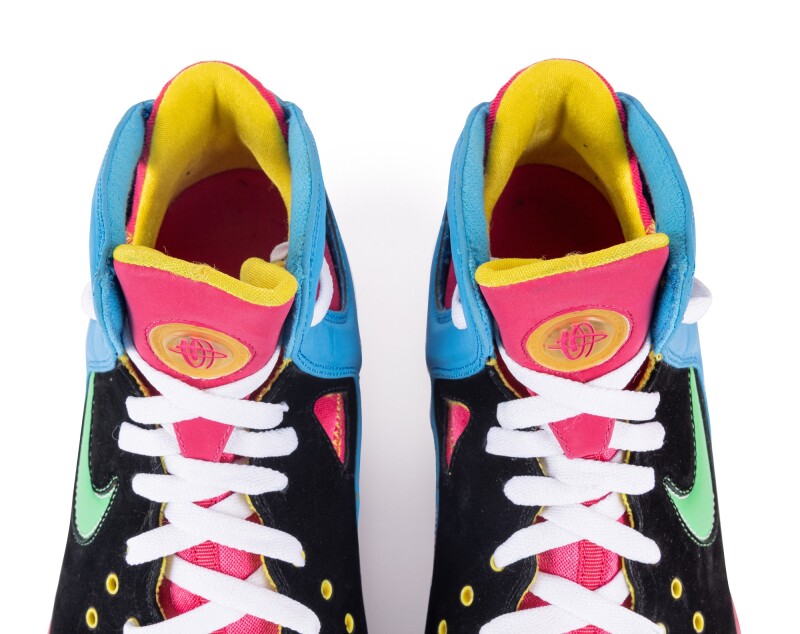 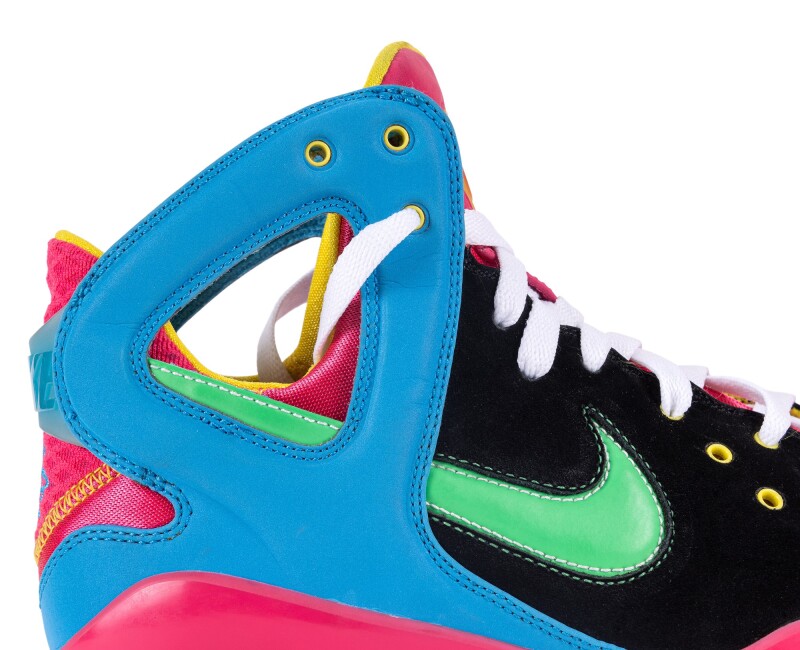 Kanye West is among the most influential rappers, designers and artists alive today. He has sold more than 20 million albums and over 140 million singles and has won over 20 Grammy Awards. He was named one of Time Magazine’s most influential people in both 2005 and 2015, and his art has touched the lives of millions, both through music and fashion.

The "Glow in the Dark Tour" Huarache, designed in 2008, is one of the rarest Kanye West samples known to exist. The sneakers were made by Nike in honor of Mr. West, with colors reminiscent of his neon-inspired concerts in the late 2000s. The high-cut colorful creation plays with contrasting materials of velvet, nylon and leather. The upper is predominantly a black velvet with a green leather Swoosh and exposed stitching throughout. The ankle is a reflective cutout blue and the back heel is finished in rubber with Nike branding.