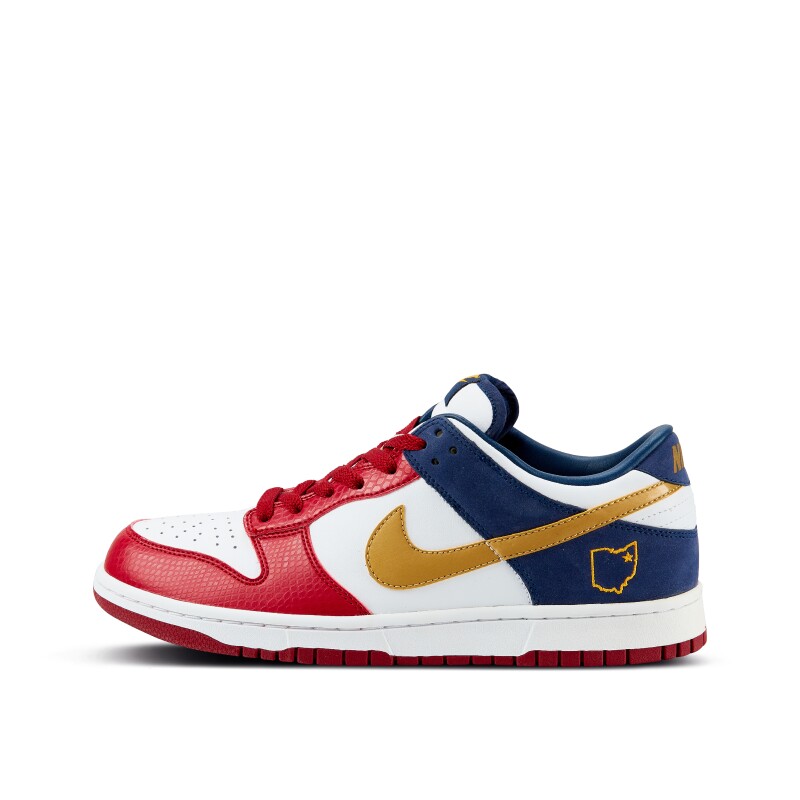 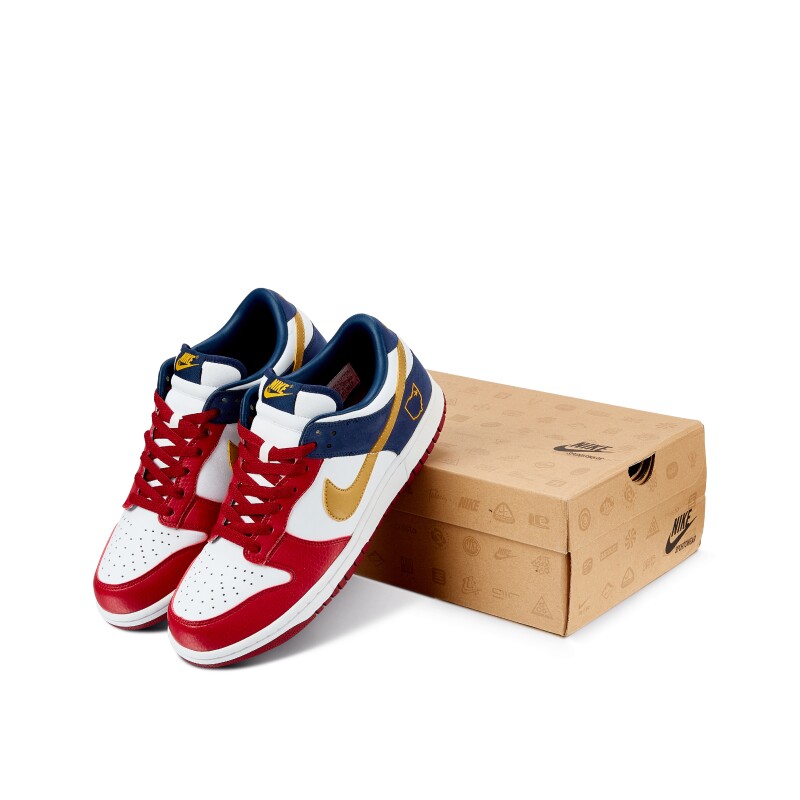 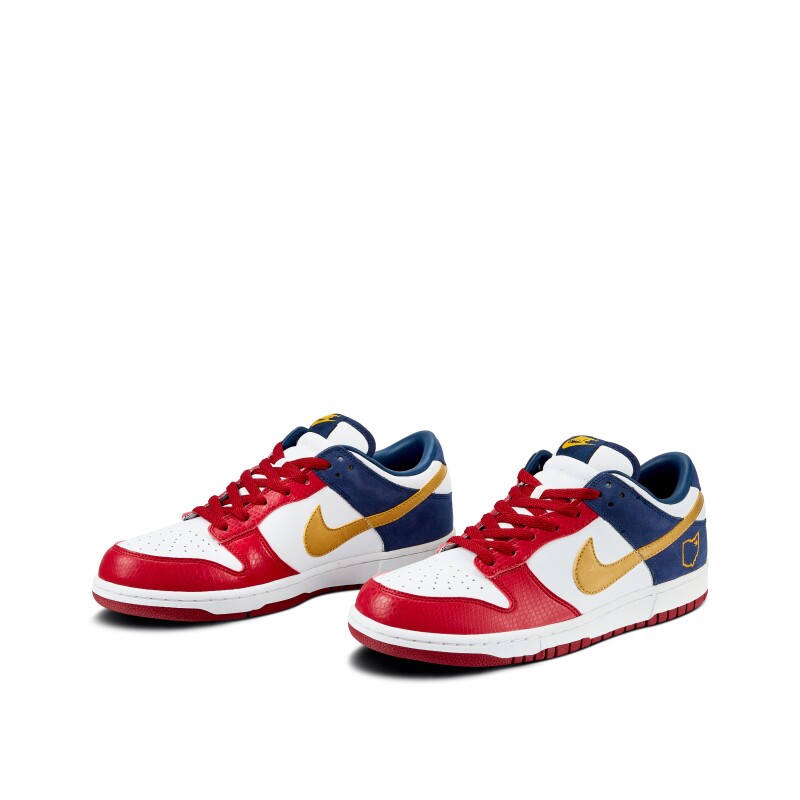 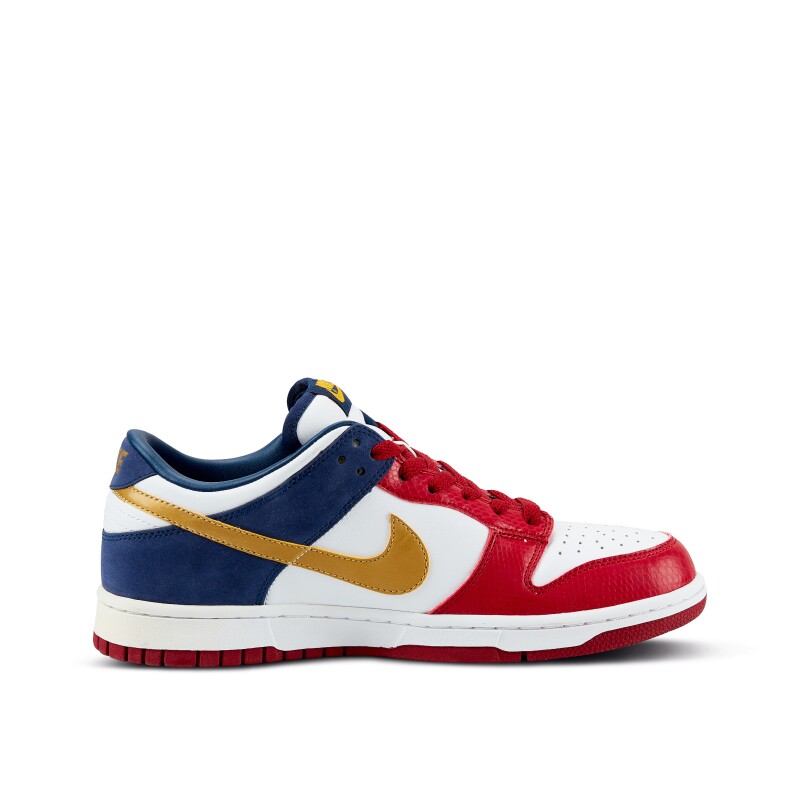 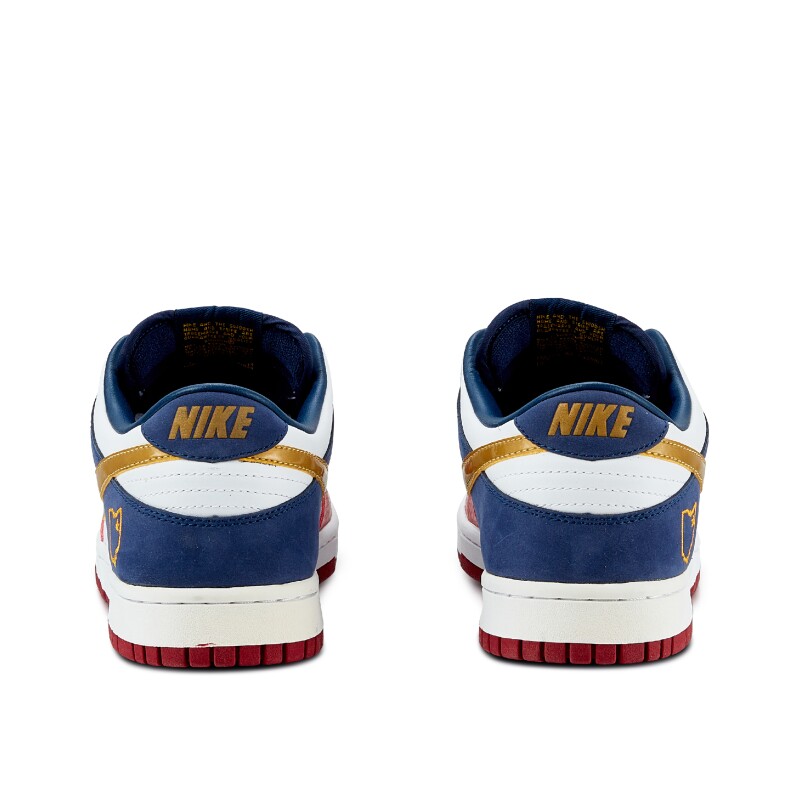 These highly exclusive Dunk Low Pros were made specifically in honor of LeBron James and his hometown of Akron, Ohio. The pair features red crocodile skin embossed leather, blue suede and white leather panels. The pair is finished with a gold swoosh. The colors of the pair pay homage to the Ohio state flag, and features a gold outline of the state with a gold star highlighting Akron’s location. The model is incredibly limited and highly sought after by collectors.