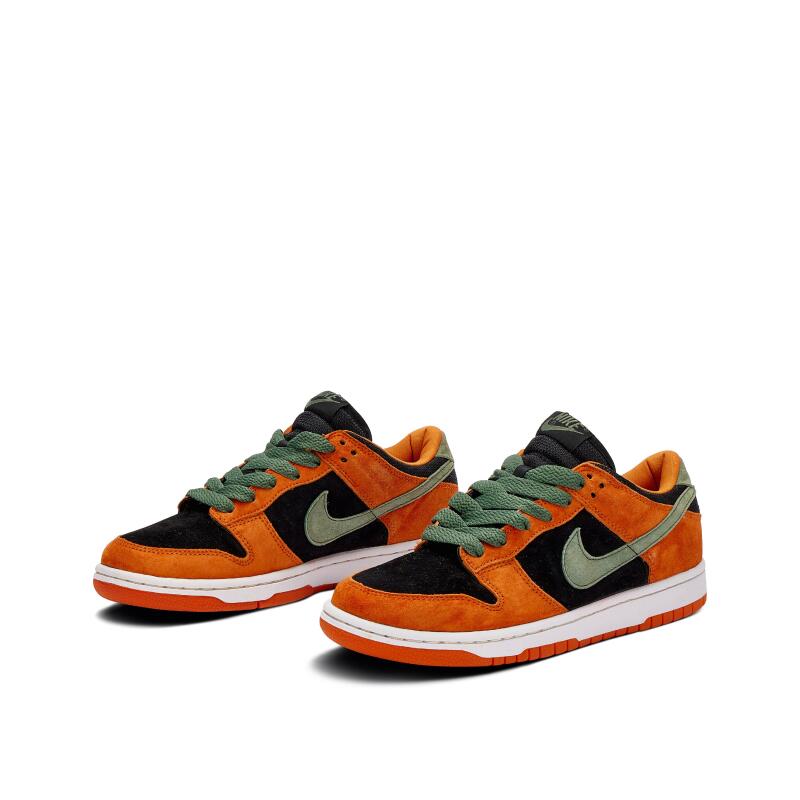 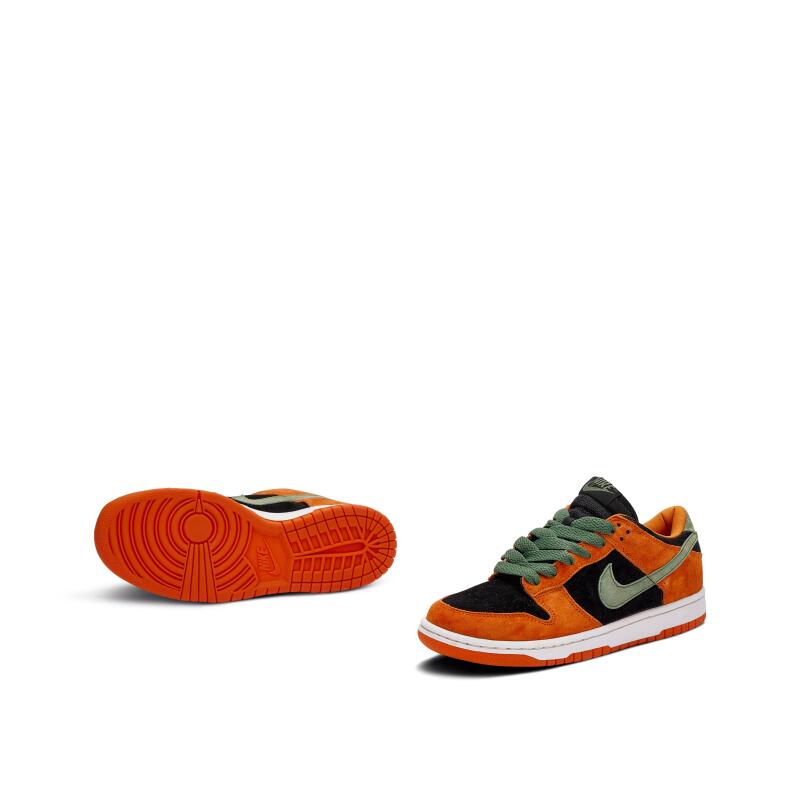 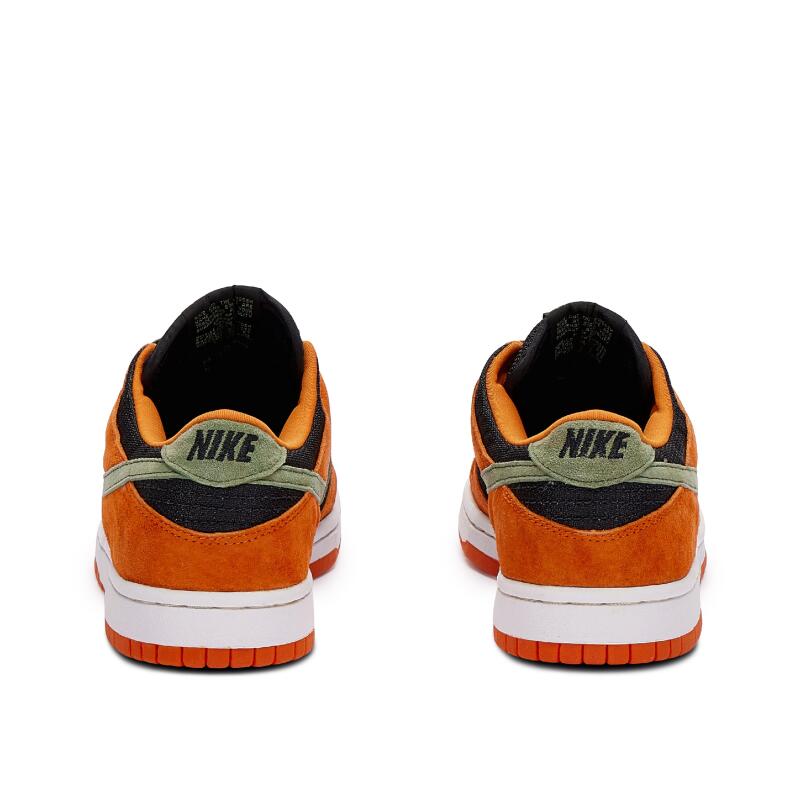 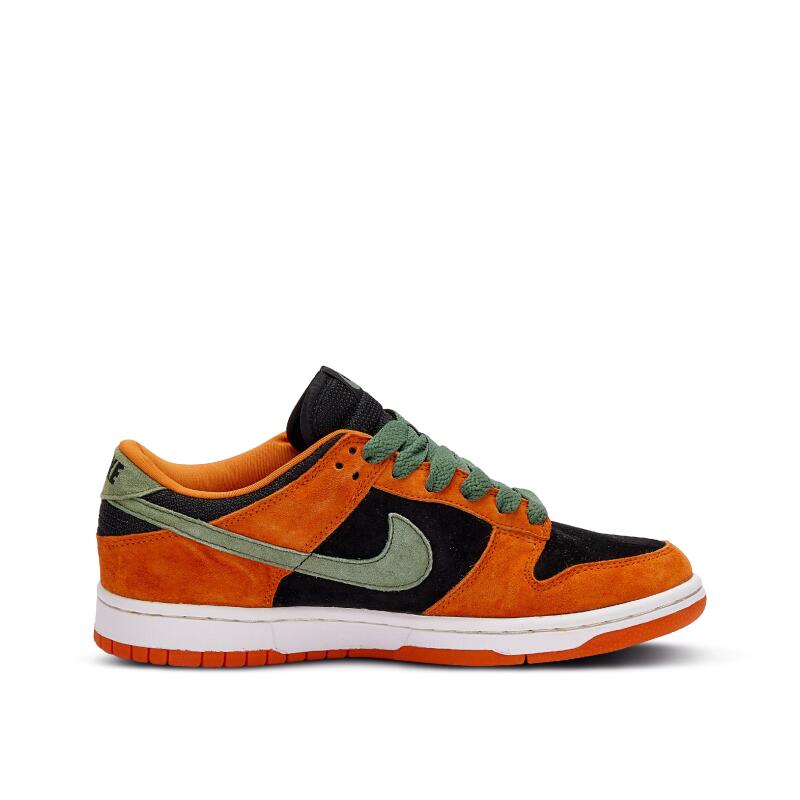 The legendary 2001 CO.JP release was a trio of eccentric colorways unofficially dubbed the “Ugly Duckling” Pack, which included the “Plum,” “Veneer” and “Ceramic” colorways. This pair is the Ceramic colorway, featuring a suede upper with a black base, orange overlays and green accents atop the white midsole. Dropping exclusively in Japan, these are one of the most globally sought-after CO.JP Dunks. Nike rereleased this design in 2020, further increasing the desirability of the 2001 version. CO.JP is an acronym for Concept Japan, a line of Nike models exclusively released to the Japanese market.

The evolution of the Nike Dunk has made the style one of Nike’s most important designs in the brand’s history. Originally released in 1985 as a basketball shoe, Nike has adapted the model to meet the demands of its entire audience.

Before the formal creation of Nike SB, the sneaker brand catered to the skating community by updating the beloved Dunk Low in the 1990s. By adding nylon to the tongue of the shoe, Nike improved the fit for skaters. As demand for this “new” Dunk surged, Nike doubled down on their success by releasing the 2001 Dunk Pro B. These were the first Dunks to feature extra padding in the tongue and elastic straps to boost performance and fit.