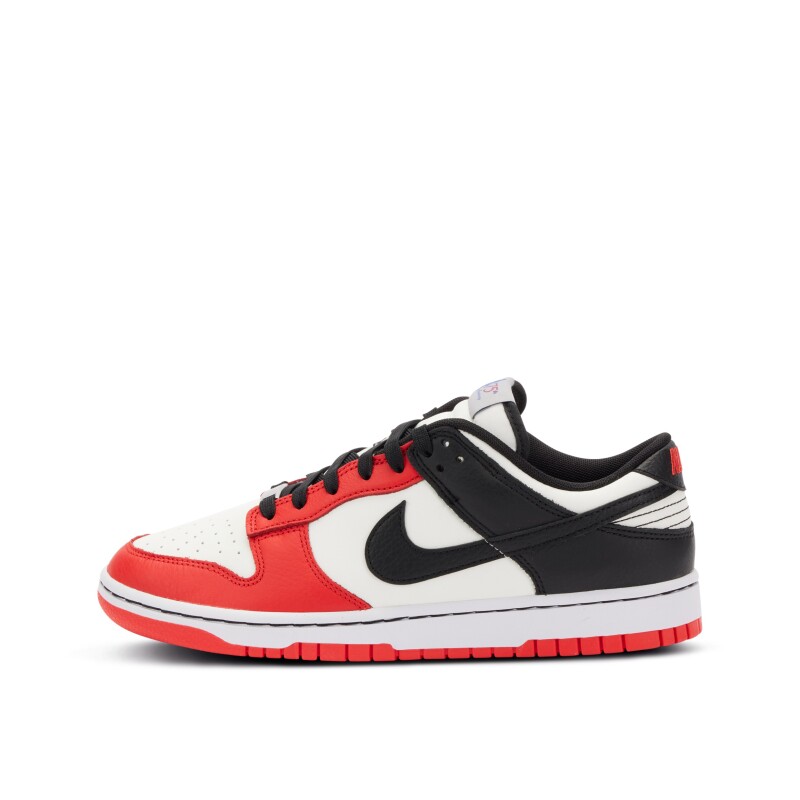 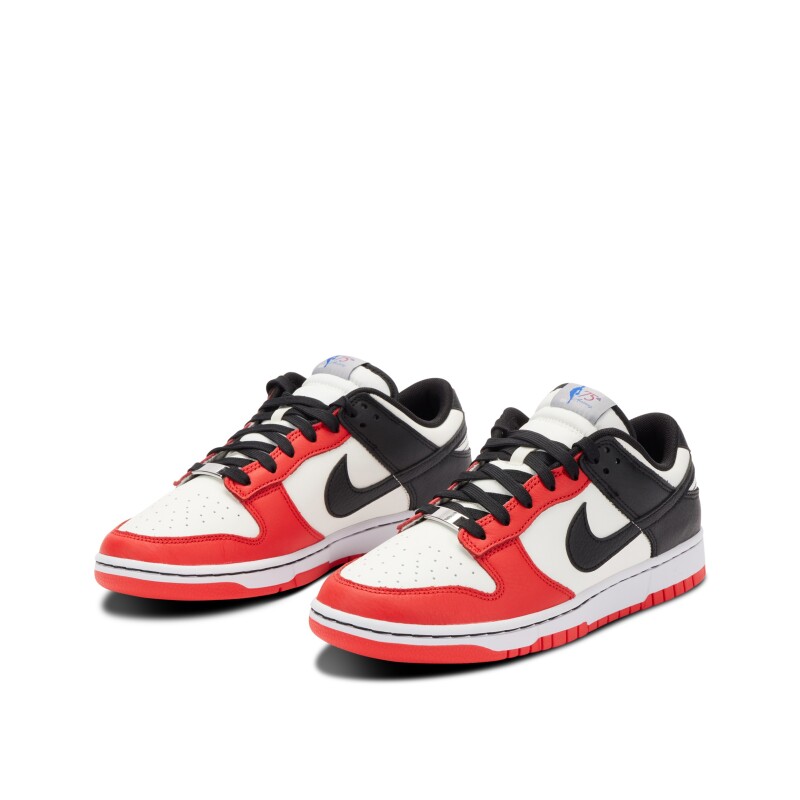 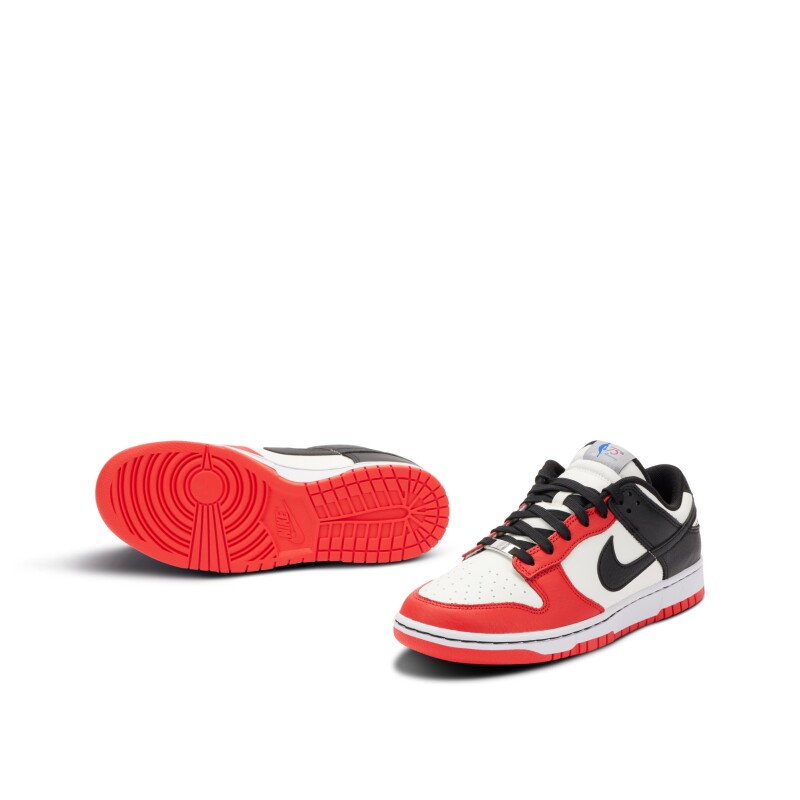 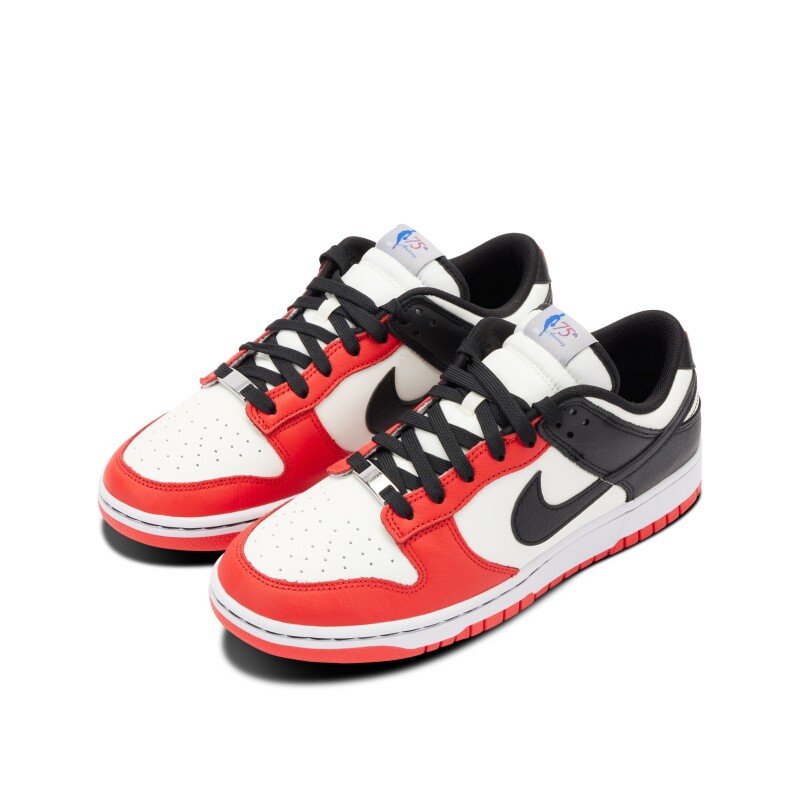 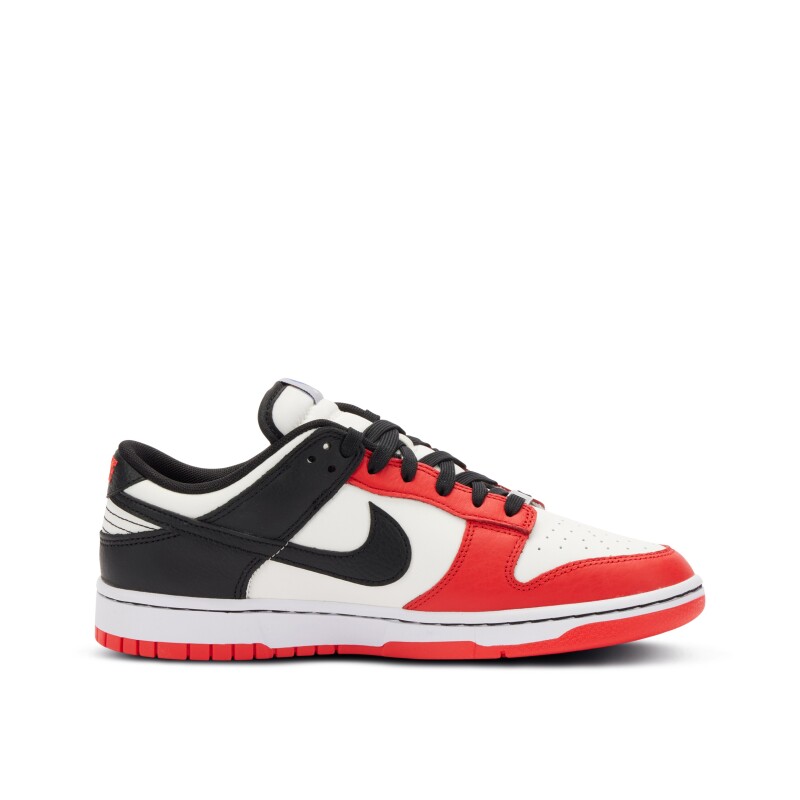 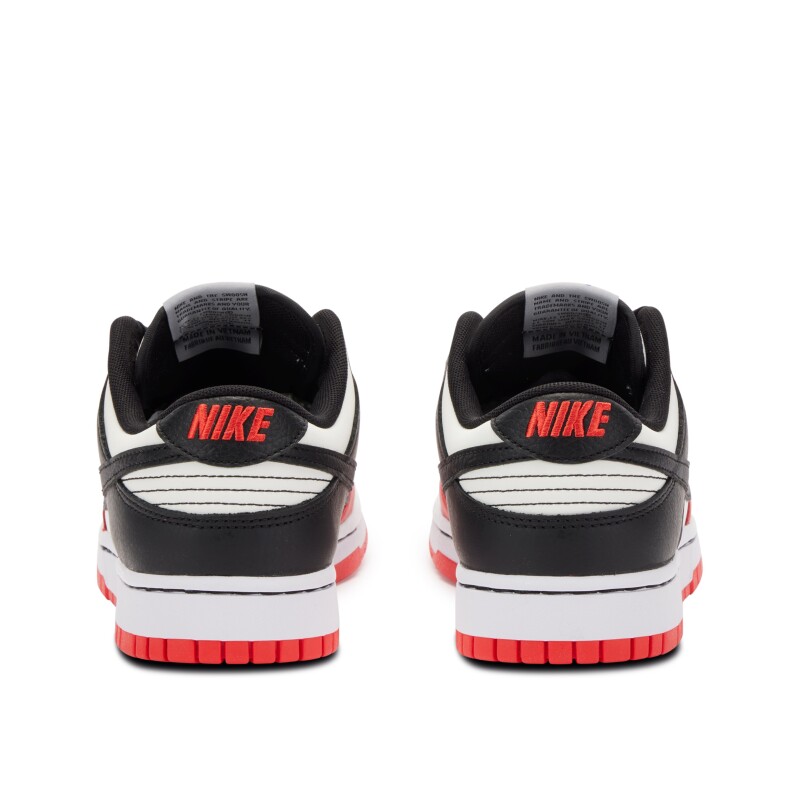 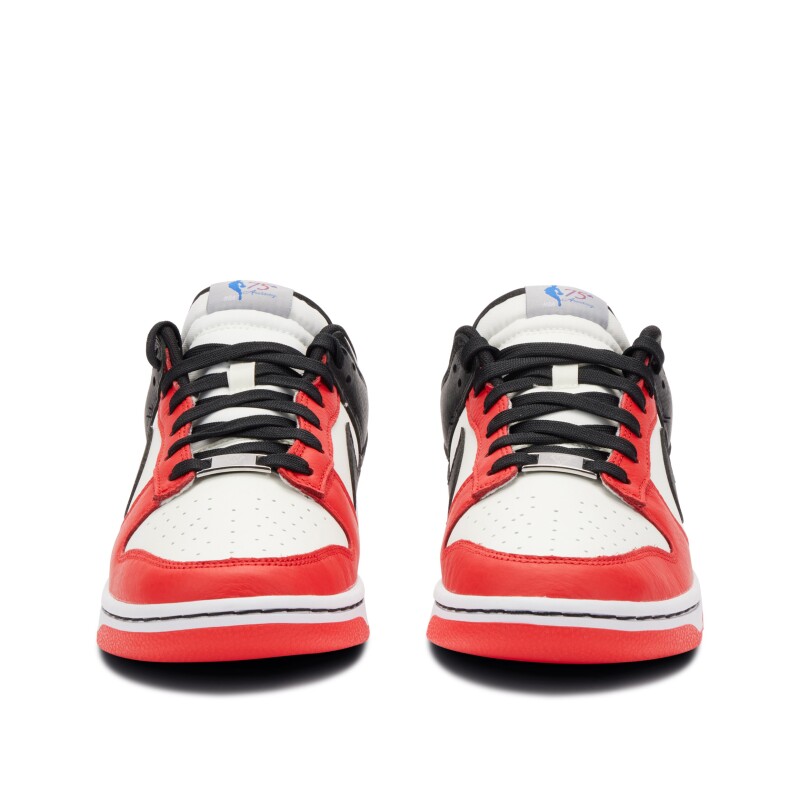 In celebration of the 75th anniversary of the NBA, Nike created three team-themed colorways in the Dunk Low silhouette for the occasion. Offered here is the Chicago Bulls-themed Nike Dunk Low. complete in a White base with Black paneling and Chile Red outsole. The tongue tags feature a unique imagery of Jerry West and “75 Anniversary” text. A diamond is etched on the silver lace deubré as the 75 years is often referred to as a diamond jubilee.