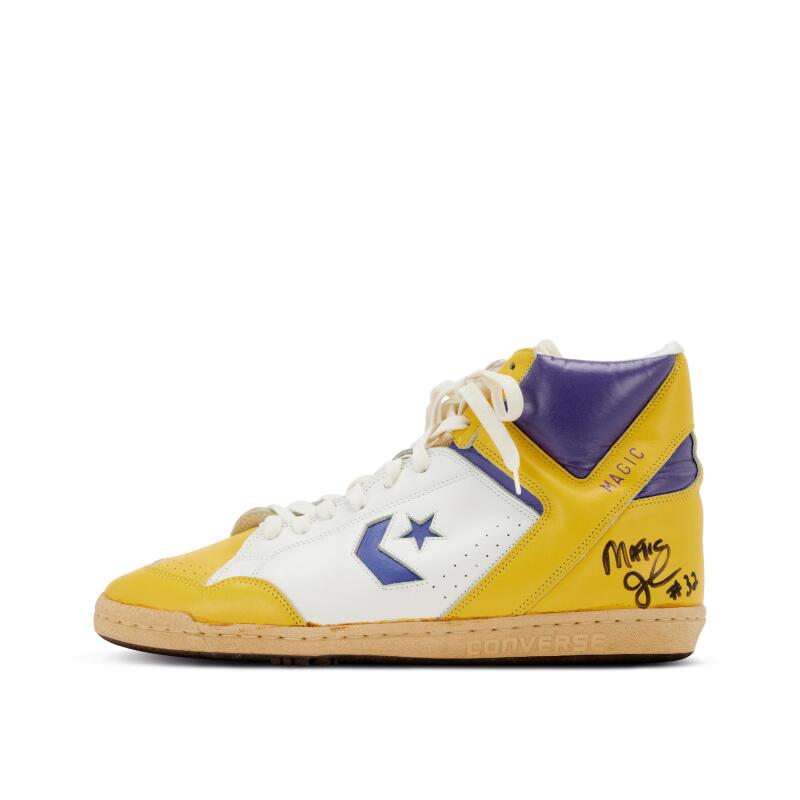 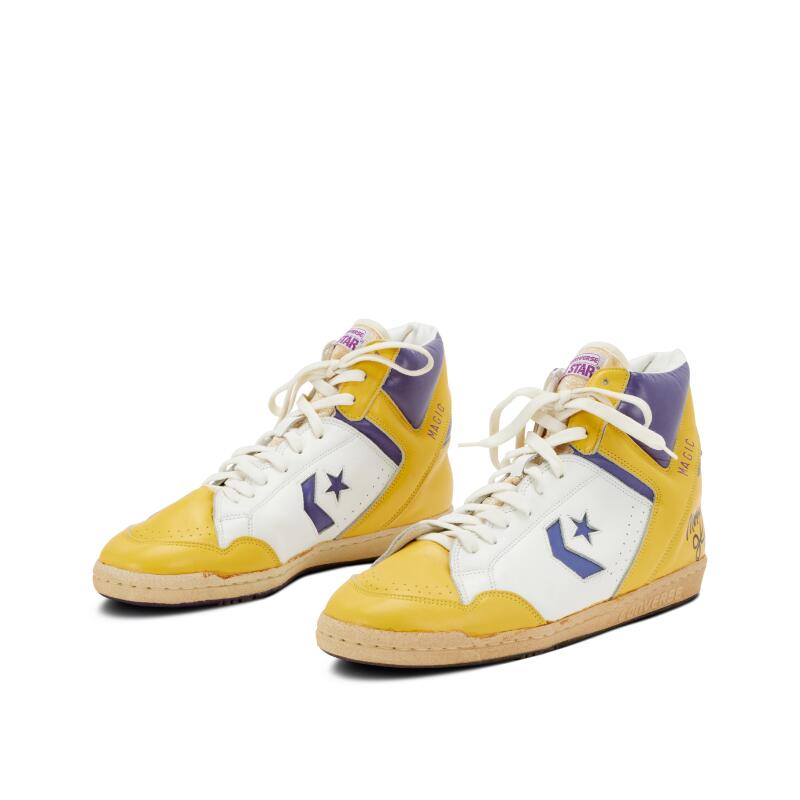 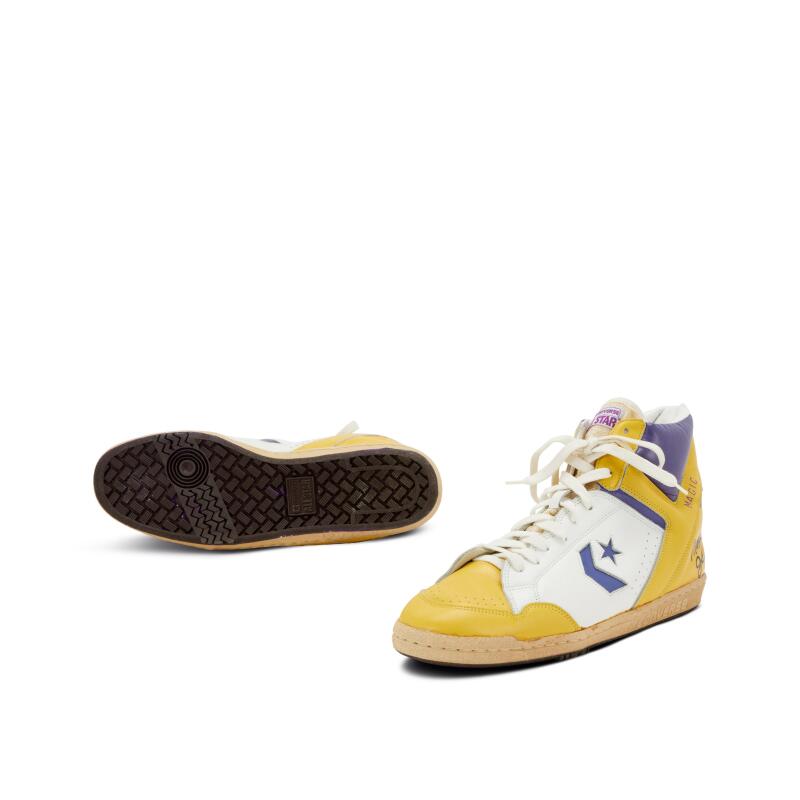 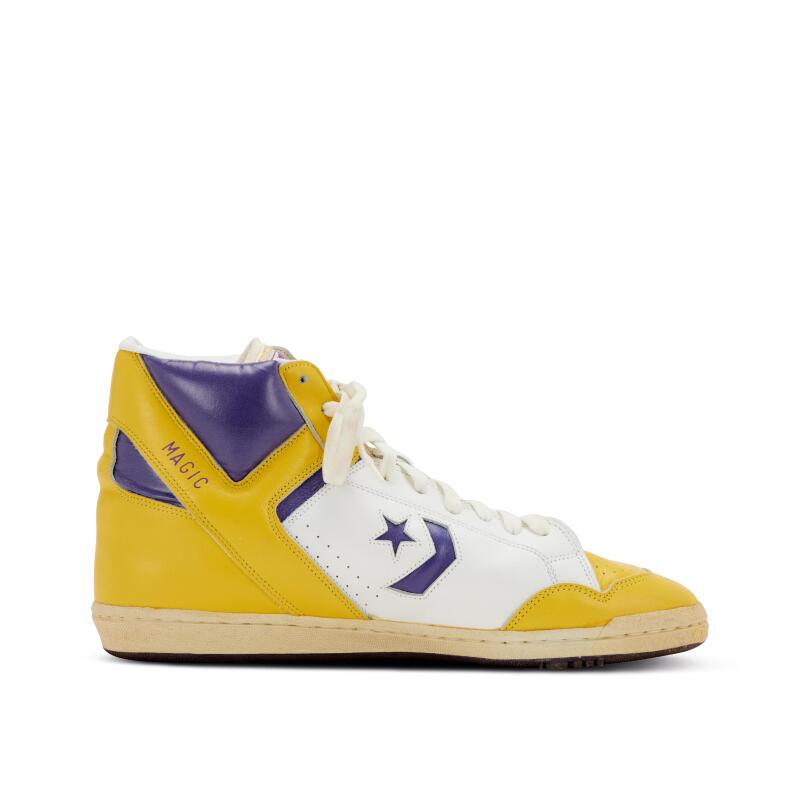 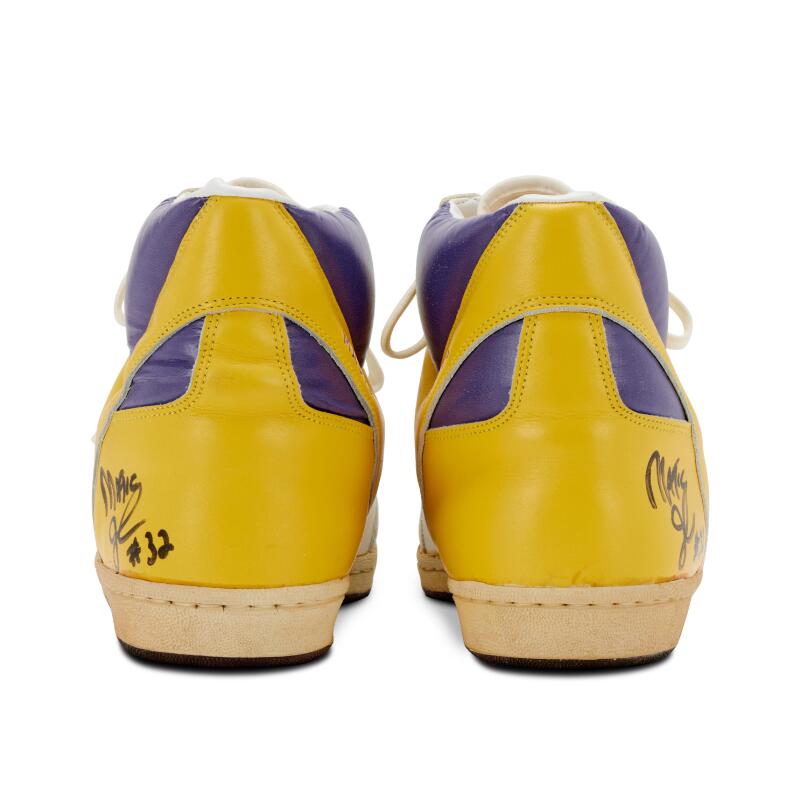 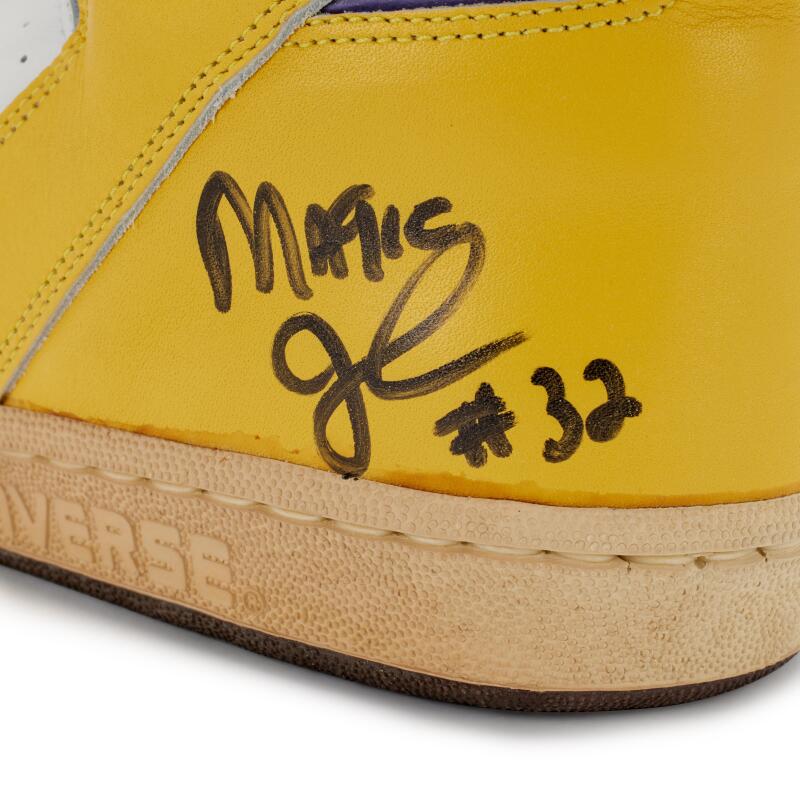 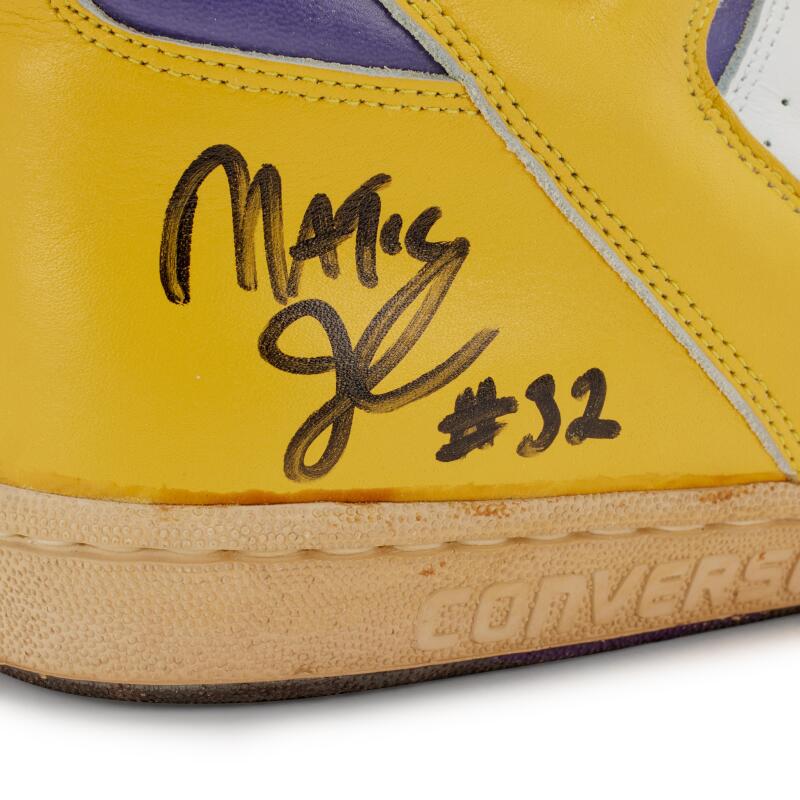 A pair of Magic Johnson dual signed Converse Weapon PE sneakers from circa 1987.

The 1986-87 season was one of Magic’s finest, as he won his first MVP Award and played a pivotal role in the Los Angeles Lakers winning their tenth NBA championship after defeating the Boston Celtics in the Finals.

Magic Johnson accomplished virtually everything a player could dream of during his 13-year NBA career, all of which was spent with the Los Angeles Lakers. He was a member of five championship teams and won the Most Valuable Player Award and the Finals MVP Award three times each. In addition, he was a 12-time All-Star.

To this day, Magic is famously associated with the Converse Weapon silhouette, arguably one of his most iconic basketball sneakers. This design features a white, purple and gold colorway, which matches the Los Angeles Lakers uniform. “Magic 32” is signed on the lateral heel of each sneaker respectively. Converse branding can be found on the tongues and midsoles, along with a fully leather upper and padding in the heel and ankle areas. The sneakers are finished with “Magic” placed on the uppers.

The sneakers are accompanied by a letter of authenticity from PSA/DNA regarding the signatures.

Johnson's signature on the lateral heels of each shoe.

Yellowing of midsoles and visible glue stains due to age.