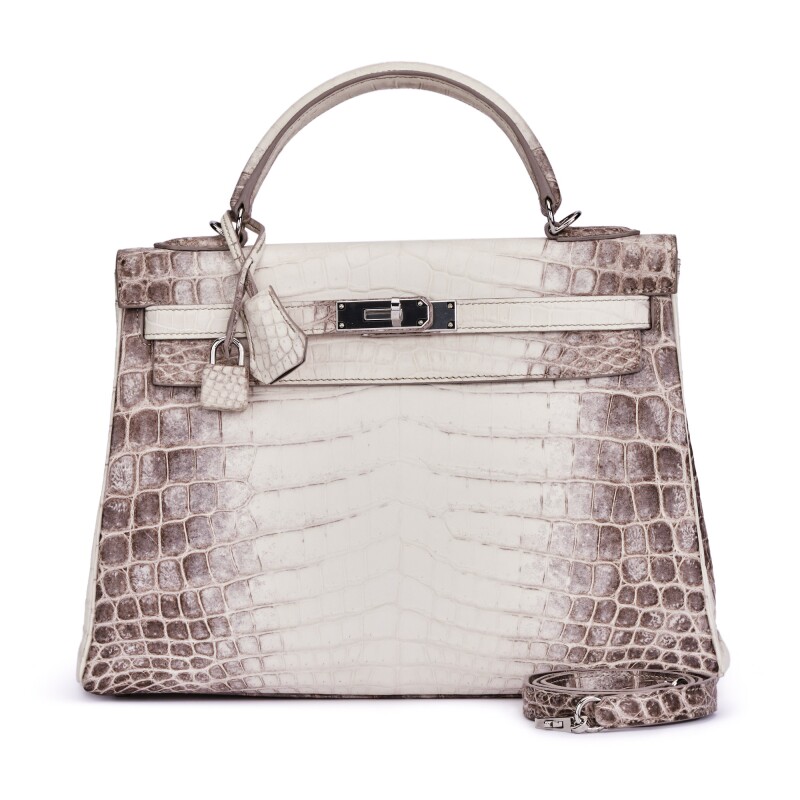 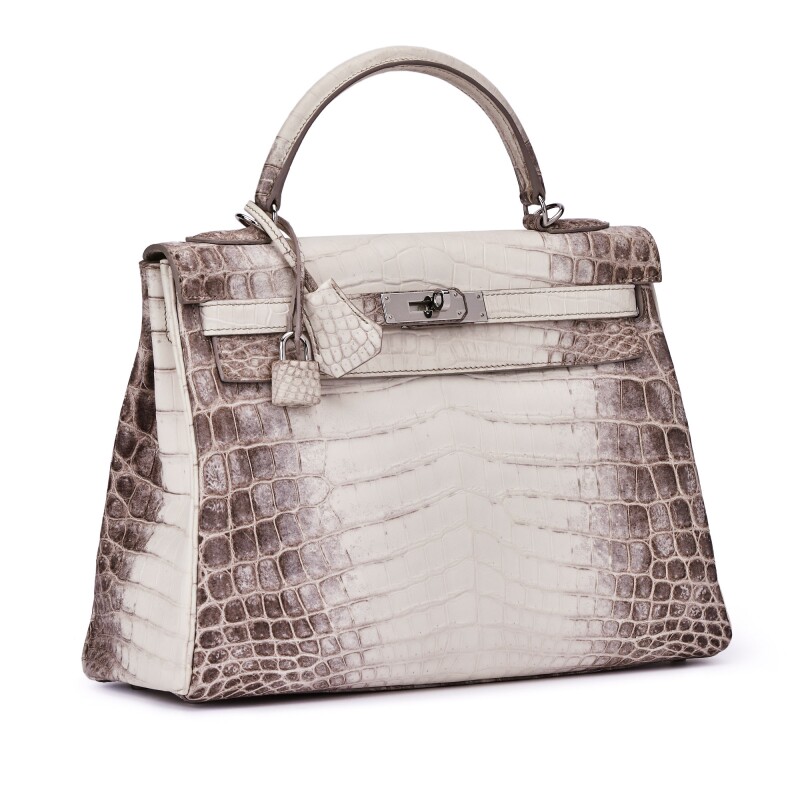 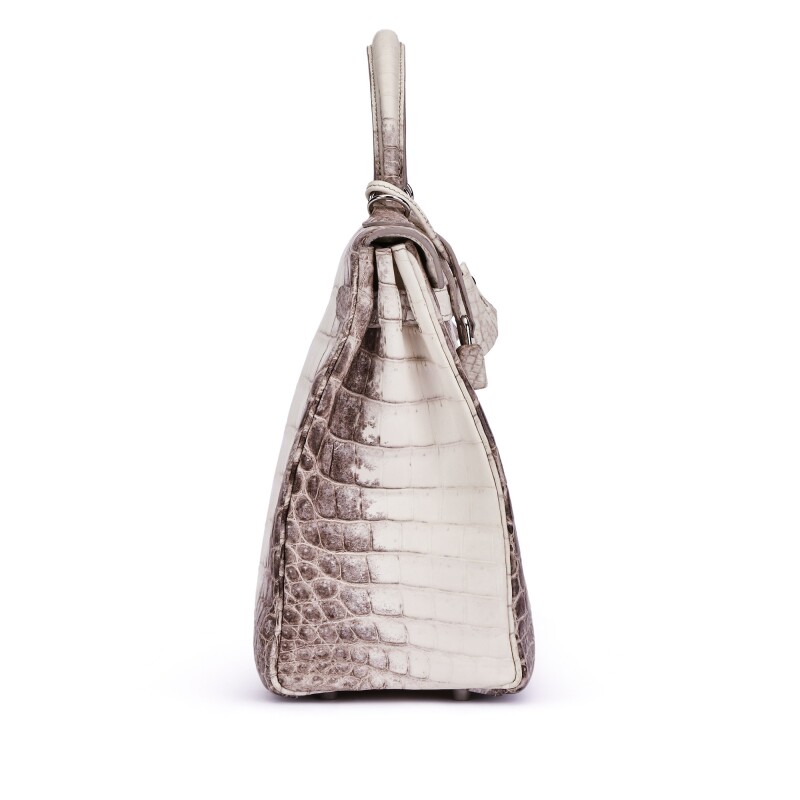 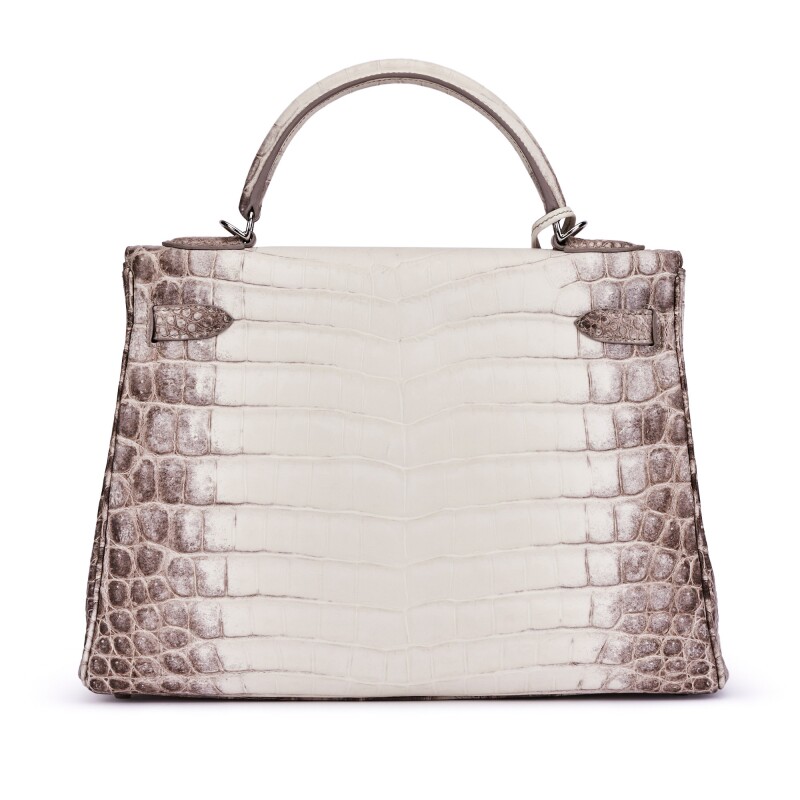 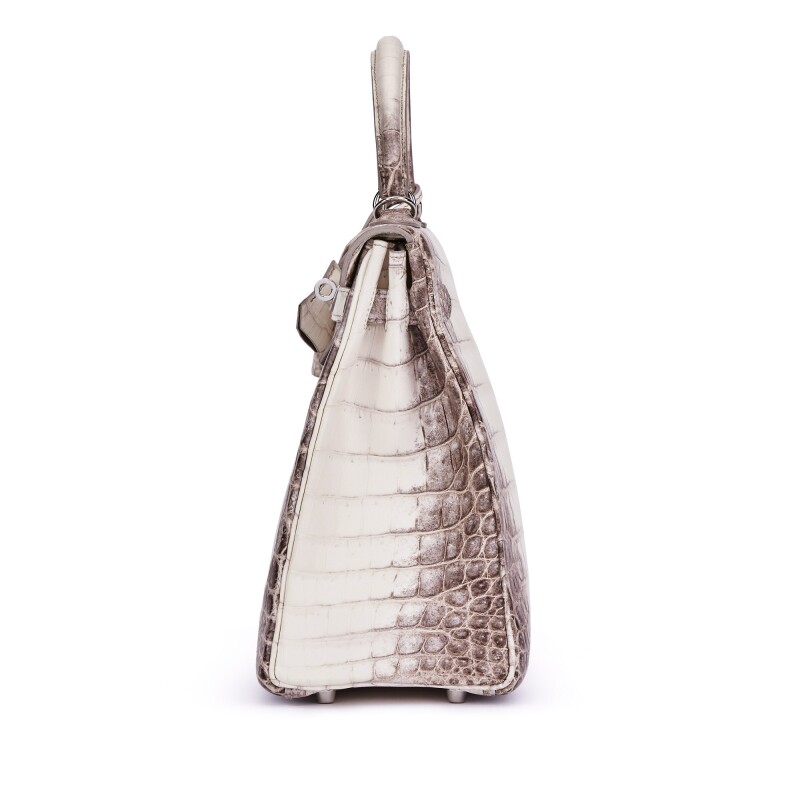 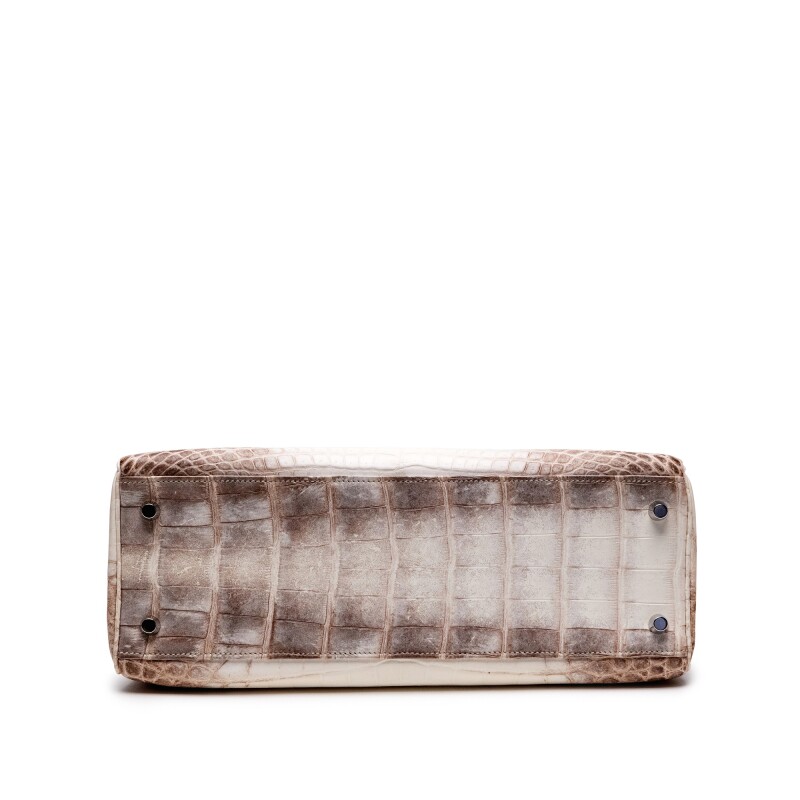 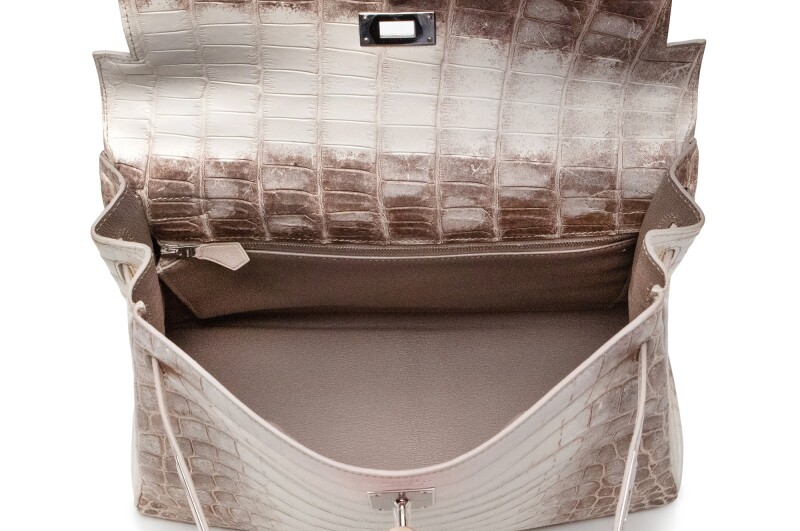 The white-to-gray gradation of the coveted Hermès Himalayan Kelly is meant to evoke the snow-capped Himalaya Mountains, a fitting name for a bag that sits atop the highest peak in the world of Hermès bag collecting.

The Himalayan Kelly takes its true inspiration from early crocodile handbags that, if not dyed black or brown, would be lightened to highlight the skin's natural coloring. In the early 1990’s, Hermès began development on a new glossy ombré crocodile that would become known as Natura Vert Celadon. This bag is the first link in the Himalaya chain that continues to grow to this day.

The earliest known Hermès Himalaya Celadon was produced in 1994, with the final examples leaving Hermès’ ateliers in 2008. That same year a new Himalayan bag would emerge. Initially the matte Himalayan Birkin 30 were kept secret and only known to the most VIP Hermès clients. That is, until 2010 when Jean-Paul Gaultier sent a Himalaya Birkin down the Hermès spring runway. From that moment on, the Hermès Himalayan was recognized as the crown jewel of handbags. In 2013, the Himalaya Kelly 25, Kelly 28 and Kelly 32 were released. The Himalayan Kelly 35 has only been seen since 2020.

While the overall ombré of a Himalaya Kelly goes from light down the center to dark along the sides, each bag sports a unique pattern. Some Himalayan Kelly bags have incredibly white centers and stark, almost black sides, creating a more dramatic two-tone effect to the ombre, while others have a more even, often lighter tone across the whole bag. The Niloticus crocodile scales of the Himalayan Kelly are larger than those of the alligator or Porosus (a saltwater crocodile), enabling exceptional symmetry on the sides of the bag and an evenness in the middle. A centered base is the rarest aspect a Hermès Himalaya bag can have. Masterfully constructed and never the same, Himalayan Kelly bags are extremely difficult to come by, making them a true collector's item with excellent market value.