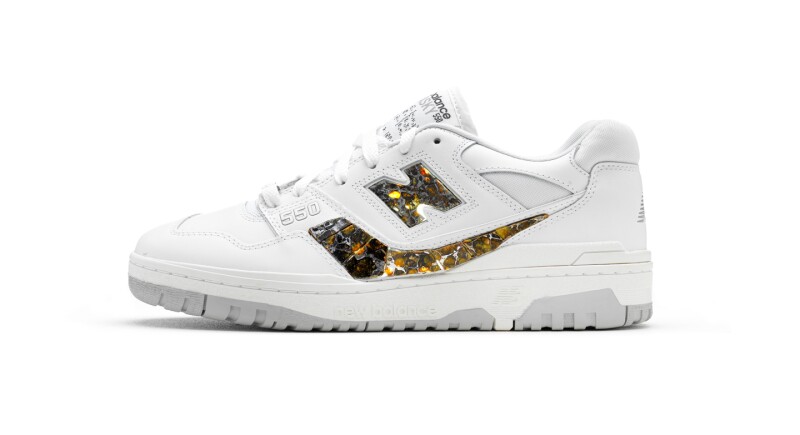 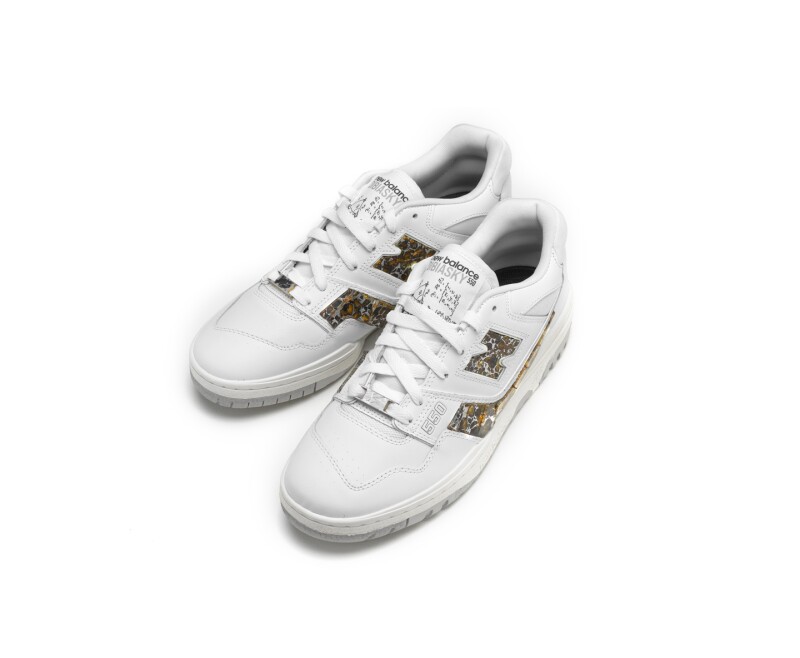 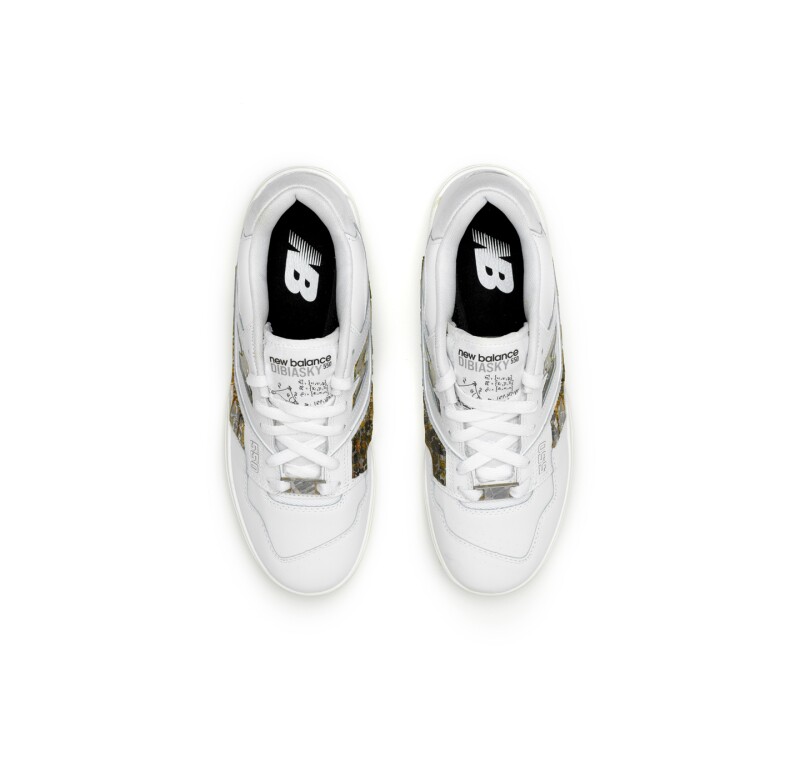 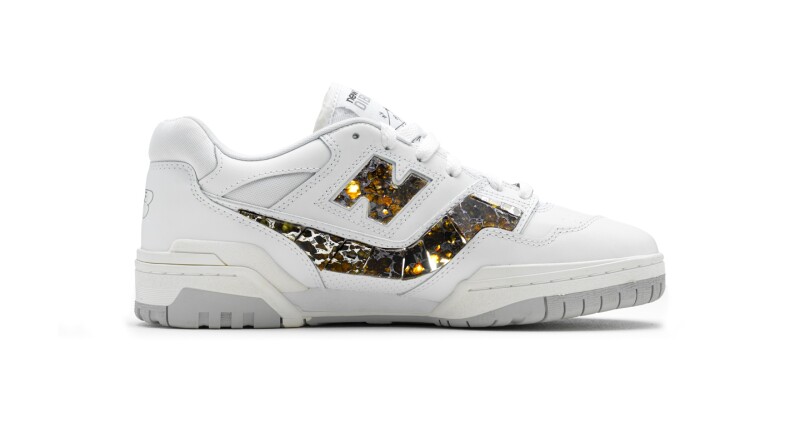 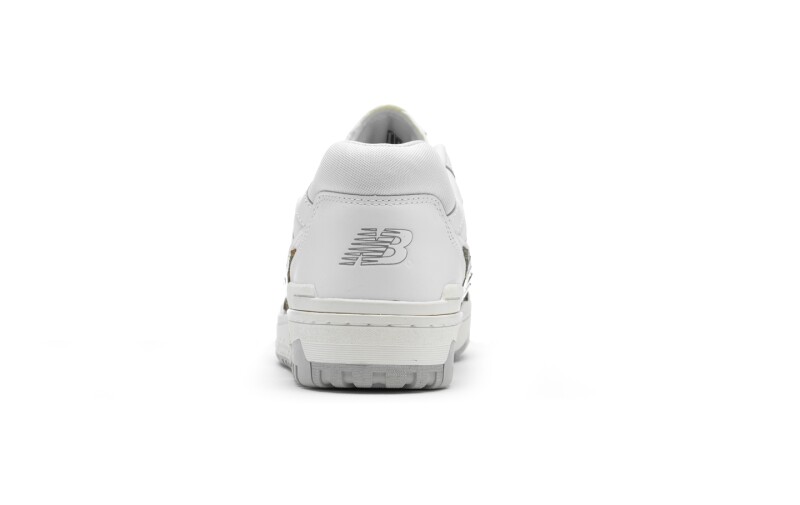 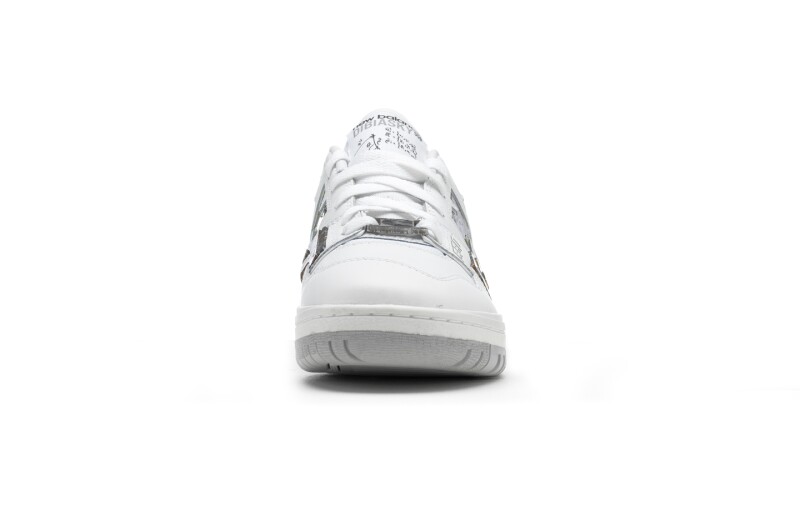 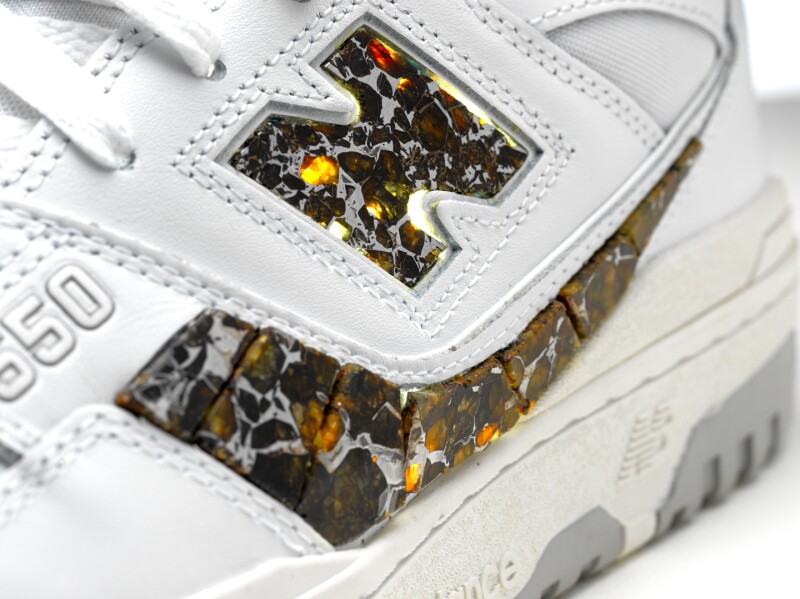 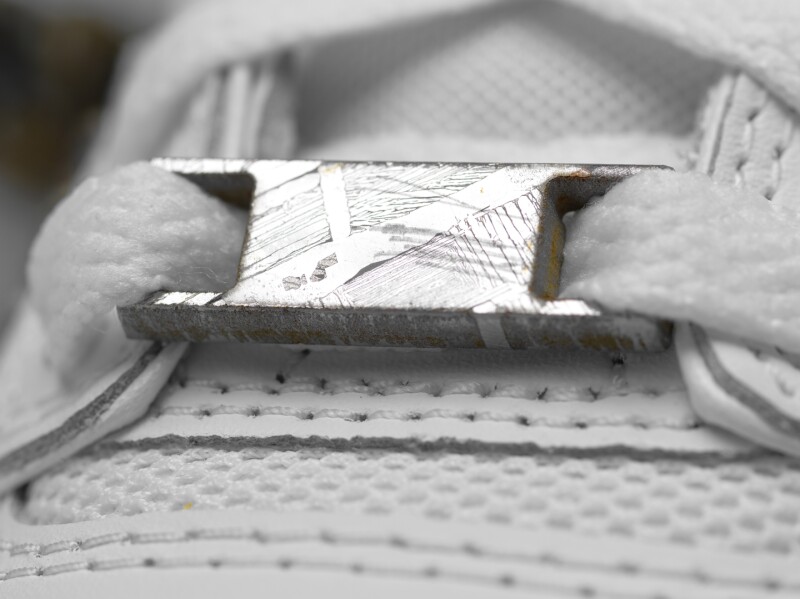 This one-of-a-kind extra-terrestrial sneaker, made with 4.5 billion-year-old pallasite meteorite, celebrates the release of Adam McKay’s Don’t Look Up. The customized New Balance 550s are literally out of this world, featuring stunning fragments of pallasite meteorite discovered in the dry bed of the river Hekandue - Magadan District, Russia (62°54’ N, 152°26’ E).

The meteorite emblazoned sneakers were created in tribute to Jennifer Lawrence’s character Kate Dibiasky, an astronomy grad student, who alongside her professor Dr. Randall Mindy (Leonardo DiCaprio) makes an astounding discovery of a comet that is on a direct collision course with Earth.

The Seymchan meteorite used to create the sneakers was born 4.5 billion years ago in the core of a comet or asteroid similar to Don’t Look Up’s fictional Dibiasky Comet. The sneaker’s meteorite fragments originated from the core-mantle boundary of an asteroid or comet that broke apart during early solar system history. Following pinball-like impacts, the large mass was serendipitously bumped into an Earth-crossing orbit.

Manchester-based sneaker designer Matt Burgess of MattB Customs created the sneakers using the coveted New Balance 550 silhouette and fragments of the Seymchan meteorite precisely cut using a high-pressure water jet. The fragments were cut to within a millimetre of Matt’s design to ensure the meteorite fits to the contours of the New Balance 550 White / Grey sneaker.

The custom Dibiasky 550s comprise of 34 fragments featuring extra-terrestrial crystals of gleaming olivine and peridot, ranging in hues from emerald to amber. The crystals are the result of small chunks of the stony mantle becoming suspended in the molten metal of an asteroid’s iron-nickel core.