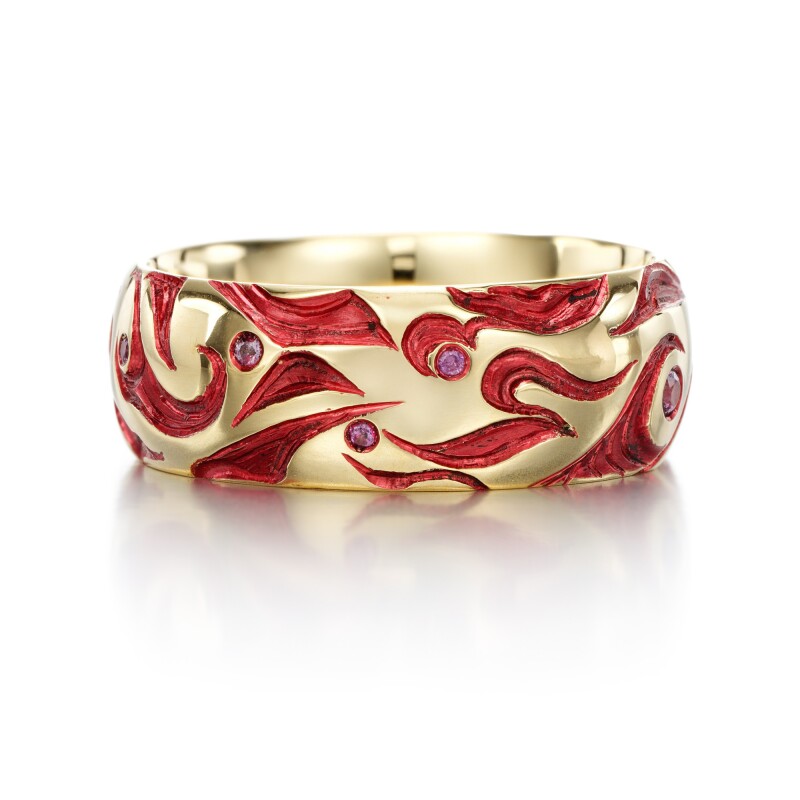 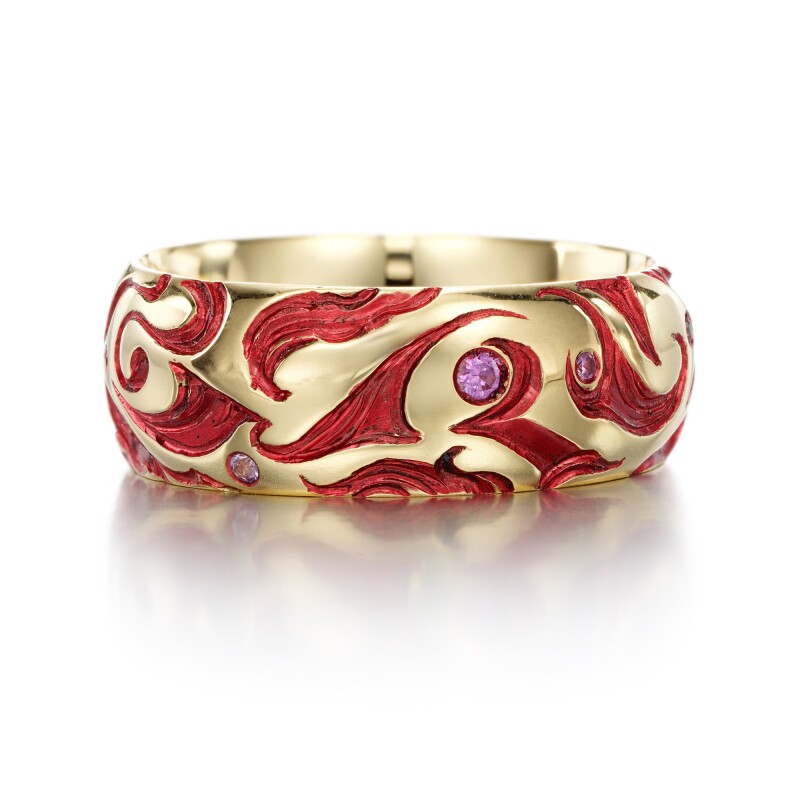 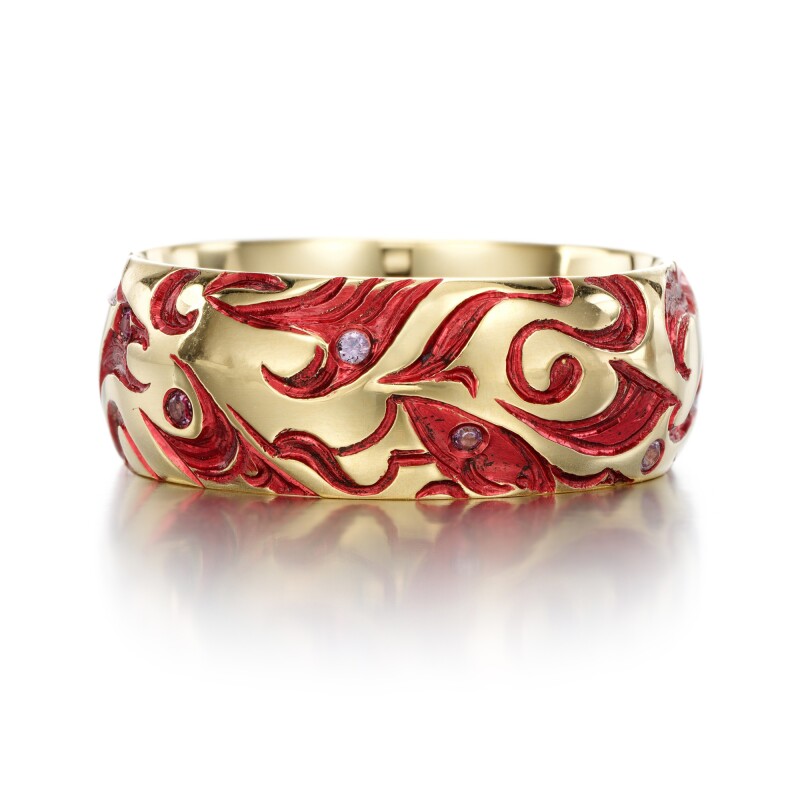 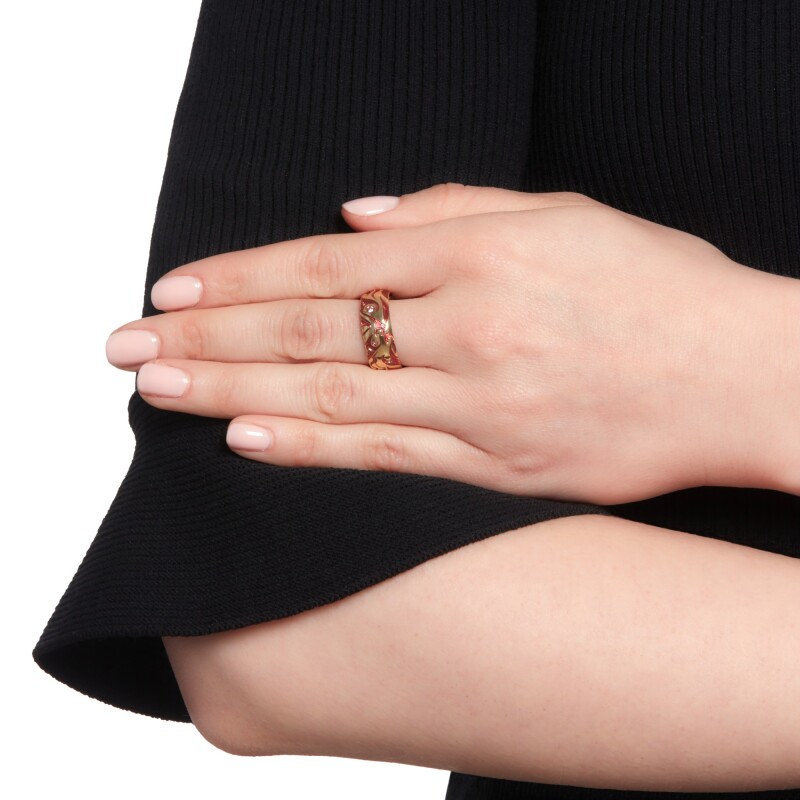 Castro Smith began his training with a traditional apprenticeship with the Goldsmiths’ Company and studied with one of the largest engraving firms, RH Wilkins. It took him three months just to learn how to hold the tools correctly. He now makes his tools; it’s such a small industry you, either need to have them handed down to you or make them yourself. The technique Smith uses, "seal engraving," goes back to ancient times. A seal is always engraved in reverse and is much deeper than traditional two-dimensional hand-engraving with a third or fourth dimension added, which is deeper and finer and takes much more time to achieve. Traditionally the signet ring would bear the family crest and the ring would be stamped onto hot wax to seal important documents. Now, Castro uses his knowledge of engraving to create contemporary pieces and to experiment with European and Japanese engraving techniques, producing a cross-fertilization of styles and processes. Smith’s trademark is to engrave around the whole ring rather than just its top as is traditional. Sotheby's London Craft Week.