CATALOGUE NOTE
By 1931, Alexander Calder began to create suspended sculptures which Marcel Duchamp called “mobiles.” A year later, the artist created his first stationary “stabile” sculpture, as Jean Arp dubbed them. While Calder’s mobiles carved into space by swaying with changes in air flow and thus moving into new configurations, the artist’s stabiles remained static and grounded. Untitled (1963) is a unique combination of both sculptural types–while firmly tethered and weighty at the base, the present work simultaneously appears to levitate. A curvaceous three-legged red base secures the sculpture to the ground, inviting a sense of downward motion. At the same time, the branches of metal that sprout above and dangle thin, white metal discs, add a playful weightlessness that draws viewers’ attention upward. This kinetic contrast is Calder’s genius and greatest contribution to the medium of sculpture. 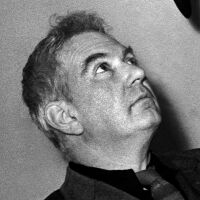 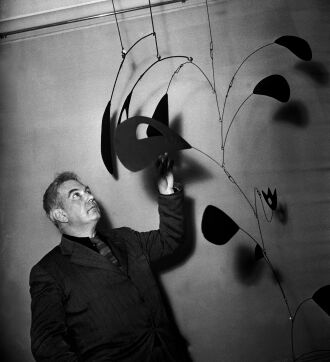