CATALOGUE NOTE
"Some people worship at the alter – I believe in de Kooning." - Richard Prince

Untitled (de Kooning) is an exceptional example from Richard Prince’s celebrated oeuvre of paintings that is inspired by the canonical imagery of Abstract Expressionist Willem de Kooning. The idea for the series came to Prince when he was browsing a catalogue of de Kooning’s Women series, which featured grotesque, distorted female figures violently entangled in swathes of abstraction. Inspired by the imagery, Prince began sketching and doodling over the paintings using graphite and oil crayons, adding outlines, textures and silhouettes. He also applied collage fragments cut and pasted from catalogues and vintage pornographic magazines, embellishing the figures with facial features, body parts and limbs, as well as male and female genitalia, creating hybrid or hermaphroditic characters. These laboriously reworked images were then ripped out, montaged together, and scanned and blown up via an inkjet printer onto monumental canvases. In sweeping gestures, Prince paints over the canvases in oil and graphite, reminiscent of de Kooning’s painterly technique. The resulting intricate surface and maimed imagery manifest simultaneously as an ode to the late Abstract Expressionist and a rigorous interrogation on the mythology of American pop cultural life, from its seedy sex-infused imagery to its idealistic veneers.

Commencing in 2007, Prince’s de Kooning series expands for the first time the artist’s vocabulary of appropriated material beyond commercial or popular imagery into the realm of fine art. Together as both an homage and a desecration, Prince’s acts of defilement to de Kooning’s women continue the late Abstract Expressionist’s subversion of the art historical tradition of the alluring female nude. Rejoicing in the grotesque, de Kooning said: “Beauty becomes petulant to me. I like the grotesque. It’s more joyous” (Willem de Kooning cited in “Woman to Landscape”, in John Elderfield, de Kooning, a Retrospective, Exh. Cat. The Museum of Modern Art, New York, 2011, p. 277). The methodology of Prince’s disruptive interferences is reminiscent of de Kooning’s original practice, which involved collage-like treatments involving found photography, often torn from magazines, as well as a rigorous process of scraping and re-painting. By embodying de Kooning in both philosophy and technique, Prince’s de Kooning paintings are appropriated multiple times over, manifesting as a prism refracting multiple binaries including creation and destruction, high and low art, puritanism and mass pop culture. 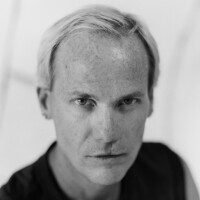 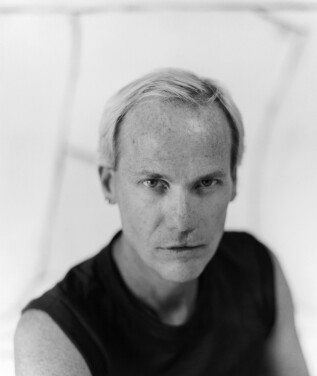