PROVENANCE
Gladstone Gallery, New York
Acquired by the present owner from the above in 2010

CATALOGUE NOTE
"The interesting thing about a polished surface to me is that when it is really perfect enough something happens – it literally ceases to be physical; it levitates, it does something else. What happens with concave surfaces is, in my view, completely beguiling. They cease to be physical and it is that ceasing to be physical that I’m after."
- Anish Kapoor

Radiant, infinitely reflective and flawlessly fashioned, Untitled hails from Anish Kapoor’s iconic series of wall-mounted mirror sculptures: a stunningly resplendent installation that captures the brilliant genius of one of the most influential and acclaimed sculptors today. Suspended above the ground, Untitled confronts the viewer with a curved face of gleaming red that delicately arcs inwards to encompass the totality of its ambient space. The immaculately reflective material broadcasts a visual and physical weightlessness. The manipulation of space, the interrogation and reconciliation of interior and exterior, the material and immaterial, as well as the possibilities of emptiness and the void have been central to Kapoor’s oeuvre throughout his career.

Untitled hovers against the wall and invokes an endless stream of allusions entrenched in notions of life and light. In an interview Kapoor recalled the aesthetic revelation which led to the creation of his mirrored works following his sculptural inquiry into infinite void-like space: “I stumbled onto the idea that one could make an object that was concave. Suddenly this was not just a camouflaged object; it seemed to be a space full of mirror just like the previous works had been a space full of darkness. That felt like a real discovery. What happened was that it wasn’t just a mirror on a positive form – we have had that experience from Brancusi onwards. This seemed to be a different thing, a different order or object from a mirrored exterior…” (the artist cited in: Hossein Amirsadeghi and Maryam Homayoun Eisler, eds., Sanctuary: Britain’s Artists and their Studios, London 2011, p. 436). An object of timeless beauty and commanding authority, Untitled is an exceptional example of the reflective mirror sculptures that lie at the heart of Kapoor’s singular sculptural practice. 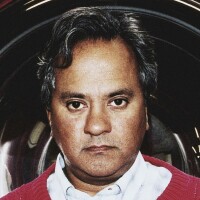 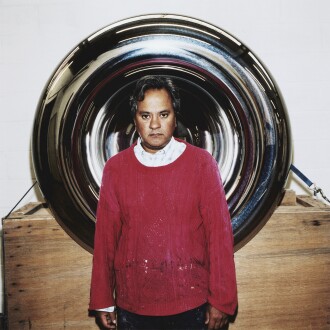