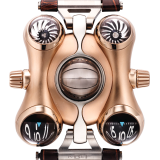 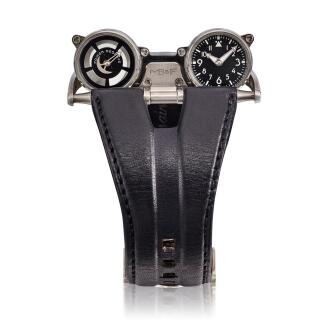 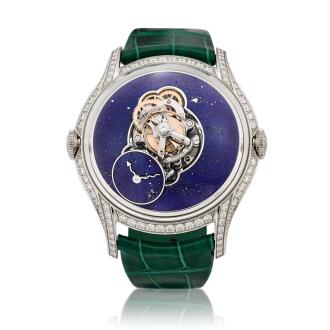 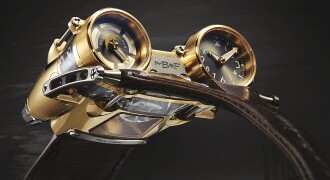 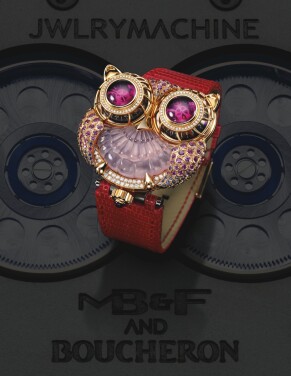 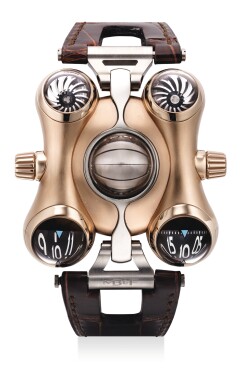 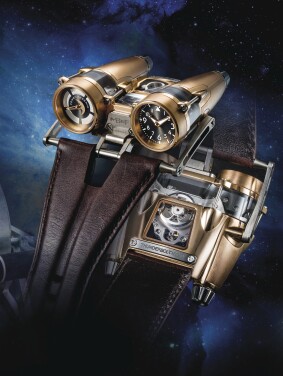 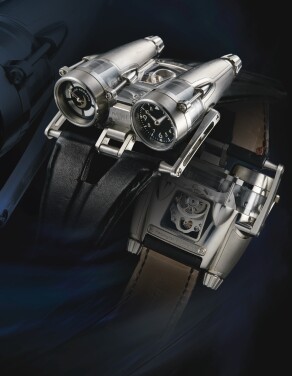 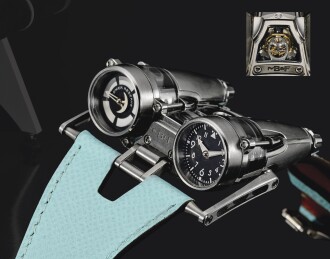 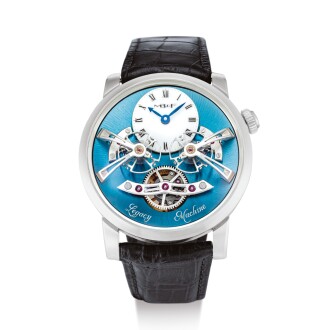 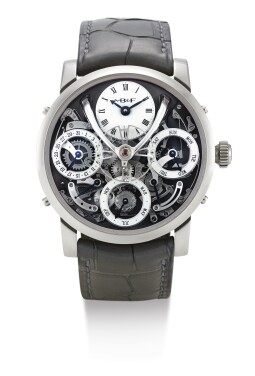 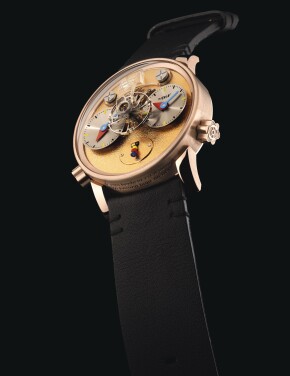 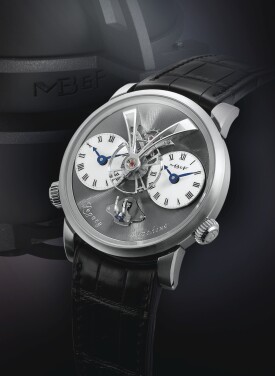 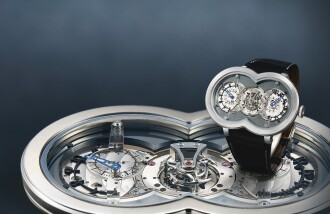 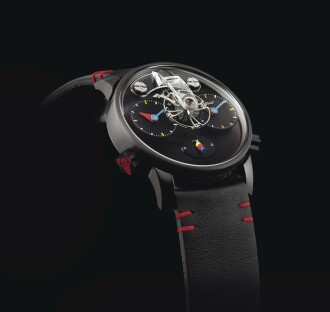 Maximilian Büsser & Friends, better known simply as MB&F, is a maverick among watchmakers. Rather than mere watches, the brand refers to its creations as horological machines. Indeed, MB&F’s timepieces are bold, irreverent designs that challenge conventional notions of one tells the time.

Büsser founded the brand in 2005, after a career working for such marquee houses as Jaeger-LeCoultre and Harry Winston. His first piece, the HM1, was unlike any watch before: an elongated, horizontal face featuring two separate dials for hours and minutes flanking a central tourbillon. The HM1 set a high bar for innovation, one that MB&F has raised with each successive release. Because of the radical nature of its watches and the complex engineering each one requires, MB&F usually only releases one new model per year.

Other standout models include the HM4 “Thunderbolt”, an avant-garde take on a pilot’s watch featuring two dials on a structure resembling a jet engine, and the HM6, which takes the form of a miniature space station on the wrist crowned with a series of sapphire crystal domes. In addition to the boundary-pushing HM series, MB&F introduced the Legacy Machine range. While no less innovative than their HM counterparts, the Legacy Machines marry MB&F’s penchant for conceptual design with elements from traditional 19th century watches. A true collector’s brand, MB&F produces timepieces that display the boundless creativity of horology at its height.