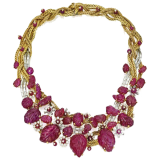 Interested in selling a work by Marchak?
Start Selling 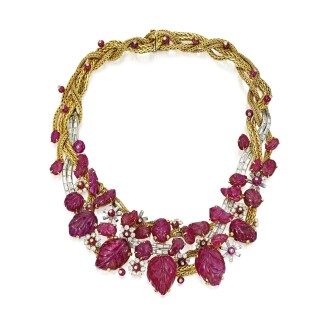 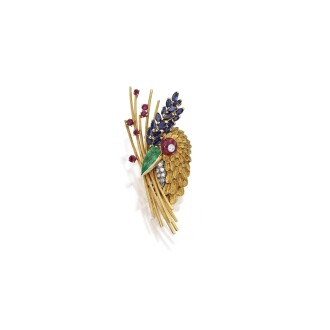 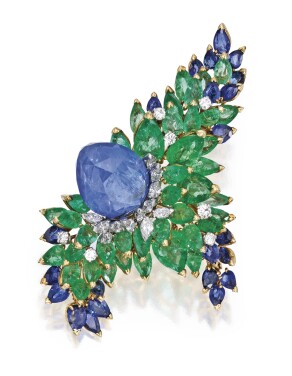 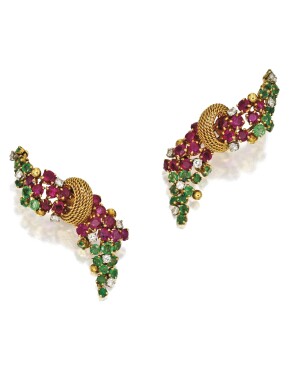 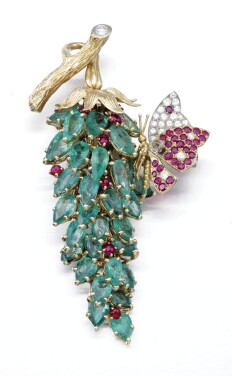 The house of Marchak was founded in Kiev in 1878 by the jeweller and goldsmith Joseph Marchak. Within twenty years, the man who was nicknamed "the Cartier of Kiev" became one of the most prestigious jewellers in the Russian Empire, and was even appointed official supplier to the Tsar. Acclaimed for its technical sophistication and creativity, the company owes its success to the ingenuity of its founder.

The jewellery house won many awards for its creations, both in Russia and internationally until the rapid deterioration of the political context and the death of Joseph Marchak in 1918 led to its closing. However, the company was reborn in Paris, rue de la Paix, under the direction of Alexandre Marchak, Joseph's youngest son, who had taken refuge in the capital.

Determined to perpetuate the original spirit and excellence of the family name, Alexandre Marchak worked with the best of the Parisian craftsmen, such as the goldsmith Robert Linzeler. They frequently worked together, becoming partners for a decade under the name Linzeler-Marchak. They created beautiful jewellery, timepieces and accessories in the Art Deco style. Their collaboration earned them a place among the thirty jewellers selected to exhibit their creations at the Exposition Internationale des Arts Décoratifs et Industriels Modernes in 1925, where they were awarded a Grand Prix.

After the Second World War, Alexandre Marchak recruited Jacques Verger and Alexander Diringer - two former apprentices from the jeweller Pierre Sterlé - who respectively brought technical prowess and innovation to Marchak creations. French jewellery was becoming extremely popular in the United States and Jacques Verger, who was responsible for developing the company across the Atlantic, acquired a wealthy clientele that included such celebrities as Jacqueline Kennedy.

Still today, under the direction of Daniel Marchak, who bears the family name, Bertrand Degommier, designer, and Dominique de Blanchard, director of the workshops, Marchak continues to amaze its clientele with its colourful pieces that are faithful to the spirit of Joseph Marchak. Marchak pieces are either unique or produced in very limited numbers, thus adapting to the demand for creations with an individualized design, breaking away from the classic standards of contemporary jewellery for their discerning clientele. We are very pleased to be presenting in our sale an original creation of the House of Marchak, whose blackened silver mount, pavé-set on both sides with three rows of round emeralds highlights a 5.01 carat diamond with perfect characteristics - D Colour and IF Clarity - accompanied by its GIA certificate.