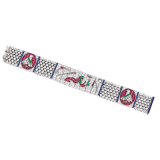 established 1892
Interested in selling a work by Lacloche Frères?
Request an Estimate

Lots by Lacloche Frères at Sotheby's 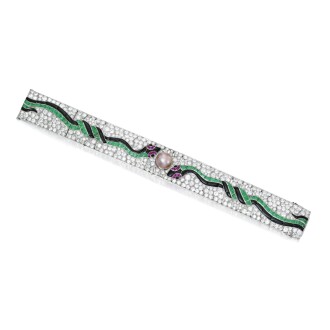 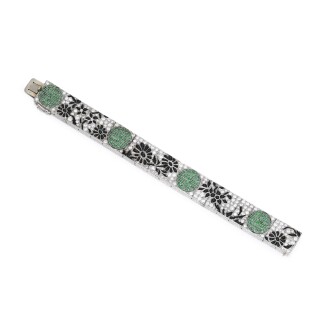 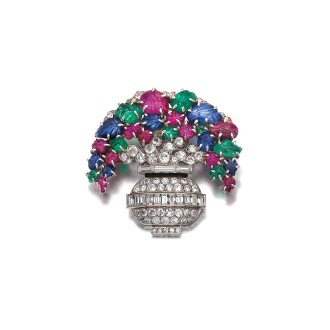 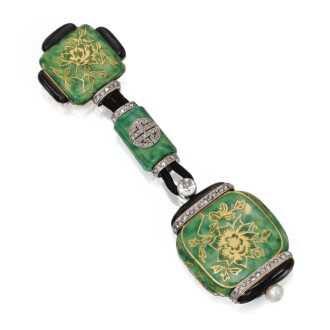 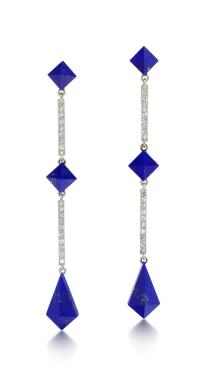 Jewellery is often a family business, and the story of Lacloche Frères is ultimately a complex history of the Lacloche siblings and the cluster of businesses they created, which were responsible for some of the finest jewels of the early 20th century.

The patriarch of the Lacloche family was Hendricks Lacloche, and his six children (four boys and two girls) would all venture into the world of jewellery. Jules and Léopold Lacloche moved to Paris in 1892 to open Lacloche Frères (the best-known Lacloche company), but in Madrid their brothers Jacques and Fernand were selling Parisian jewels as Lacloche & Cie, while their sister Bertha had married Jacob Jacques Walewyk and was selling wedding trousseaus as Walewyk-Lacloche, and their other sister Emilie had married Joseph Cohen (Coven) in 1902, selling jewels as Coven-Lacloche.

Among their most famous Lacloche jewels are the exquisite ‘petit point’ bracelets made from fine platinum grids ‘stitched’ with diamonds in embroidered patterns, as well as imaginative animal-themed gold accessories created in collaboration with Julien Duval and Paul Frey. Probably their most highly regarded pieces, however, are their sumptuous Art Deco jewels in the Chinoiserie and Egyptian revival styles, intricately set with jadeite, diamonds, and buff-topped calibré-cut coloured stones. Perhaps their most prestigious commission came in 1930, when the Duke of Westminster commissioned an extraordinary ‘halo’ tiara from the firm for his bride Loella Ponsonby, which was set with the famed Arcot diamonds, eventually sold by Sotheby’s in 1959.

At their peak around the time of this commission, Lacloche Frères were collaborating with some of the best Parisian manufacturers of the era, including Lalique, Strauss, Allard & Meyer, Alfred Langlois, Verger Frères, Henri Picq and Georges L’Enfant, and catered to an elite clientele of socialites, aristocrats and royals throughout France, Spain, the UK, America and Argentina.

Unfortunately, despite their immense success, the business was struggling to stay afloat, and the very next year in 1931 they took the jewellery world by surprise by unexpectedly announcing their bankruptcy. Their jewels and premises were sold off, and the heyday of Lacloche Frères came to an abrupt end.

The only member of the family to endure was Jacques Lacloche, son of one of the founding brothers, who continued to design jewellery in the colourful contemporary styles of the 1930s-1950s. Despite being arrested in 1944 by the Gestapo (being of Jewish heritage), he survived the war to find success on his own terms, and counted Princess Grace of Monaco among his many clients. His interests diversified into contemporary furniture and decorative arts, which became his sole focus from around 1967, and his galleries in Paris and Cannes became essential shopping destinations for the latest in cutting-edge interior designs. His business closed in 1984, but its enduring influence was commemorated with an exhibition at Sotheby’s Paris in 2012, Hommage à la galerie Lacloche, de Marc du Plantier à Roger Tallon, design des années 60-70.

The family’s legacy has received renewed attention with a recent exhibition at the Ecole Van Cleef & Arpels in Paris, as well as a lavish new book, Lacloche Joailliers by Laurence Mouillefarine and Veronique Ristelhueber, and jewels by Lacloche continue to excite and inspire new generations of collectors whenever they appear at Sotheby’s.