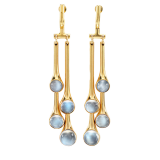 Lots by Georg Jensen at Sotheby's 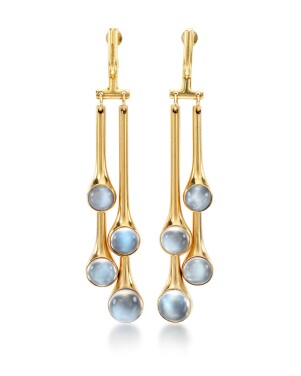 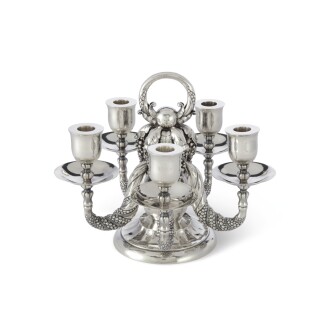 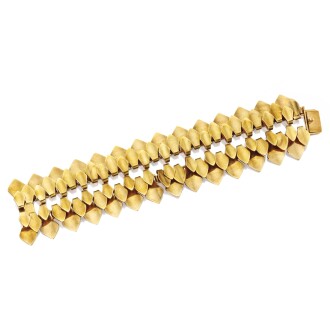 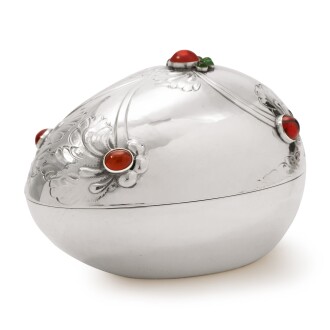 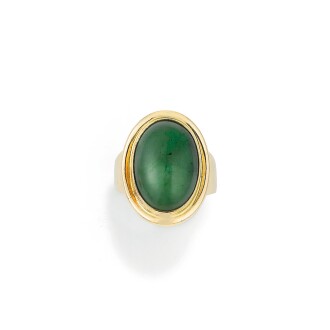 Georg Jensen (1866-1935) was born in the town of Raadvad, near Copenhagen. First apprenticed to the silversmith A.R. Andersen at the age of 18, he developed an interest in sculpture, and was accepted into the Royal Danish Academy of Art in 1887 on the strength of a plaster bust he had sculpted in the likeness of his father. While his sculptures were well-received by critics and internationally exhibited, Jensen recognised that more commercial opportunities were available to him in the field of applied arts. After a short lived venture into pottery, Jensen returned to metalwork in 1901, working for the goldsmith Mogens Ballin, before establishing his own workshop in 1904.

Jensen’s work was primarily in silver, a material he later remarked allowed him to ‘unite (his) skills as a sculptor and a smith’. In addition to jewellery, Jensen produced silver hollowware and flatware, in a naturalistic style indebted to the Danish Arts and Crafts movement known as skønvirke, the spirit of which endured in his work long after the style faded from prominence.

Jensen's company became increasingly international in scope, and opened retail outlets in Berlin, London and New York, and weathered the First World War thanks to an investment from one of Jensen’s earliest important clients, Peder Anders Pedersen (1869-1937). Pedersen became the company’s chairman in 1924, an arrangement which allowed Jensen the freedom to concentrate on the artistic side of the company, winning the Grand Prix at international exhibitions in Paris (1925), Barcelona (1929) and Brussels (1935).

After Jensen’s and Pederson’s deaths in 1935 and 1937, the firm was able to remain at the forefront of Scandinavian design thanks to designers such as Henning Koppel, Vivianna Torun Bülow-Hübe, Nanna Ditzel, Astrid Fog, Bent Gabrielsen, and Arno Malinowski. Each took the company’s jewellery and homeware designs in new and exciting directions, while refining the company’s trademark aesthetic: sleek, minimalist, smooth and utterly modern, yet still retaining the grace and decadence of Art Nouveau.

Type: featured
Category: Jewelry
The Bold and the Beautiful