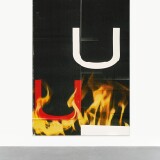 Works by Wade Guyton at Sotheby's 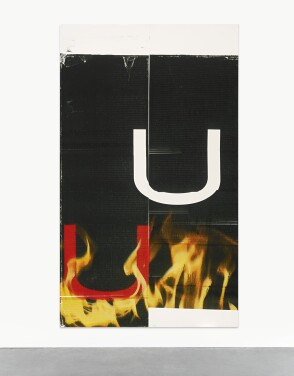 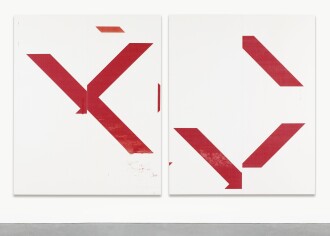 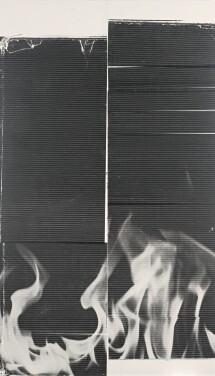 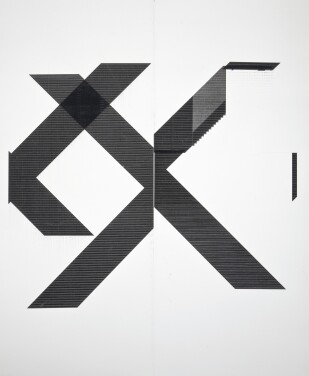 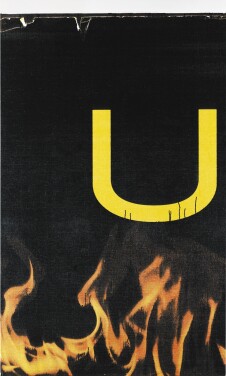 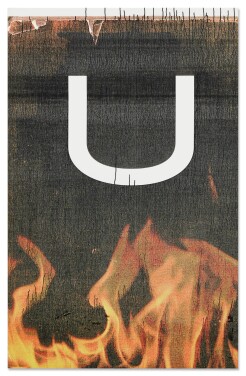 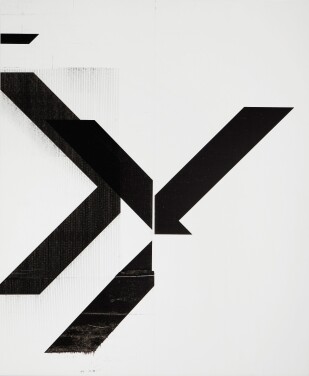 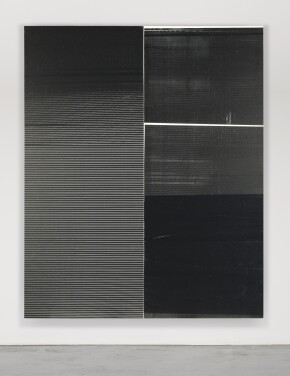 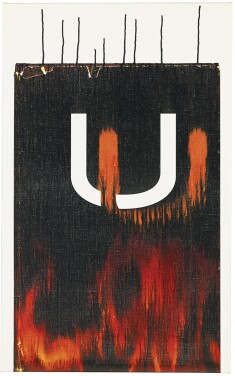 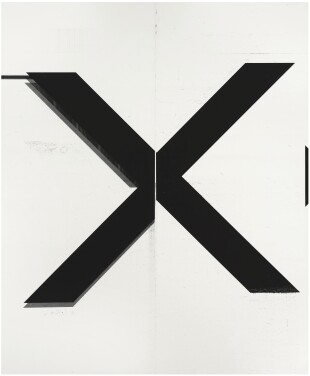 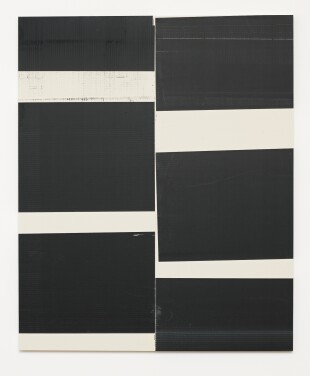 “I hated art as a kid. I didn't even like art class. I didn't like to draw. I would make my dad do all the drawings because I hated it so much.” So recalls the celebrated post-conceptual artist Wade Guyton, who soon found a way around his distaste for draughtsmanship by inventively misappropriating the common tools of our time––desktop computers, scanners, and inkjet printers––to realize works of uncommon monumentality, surface subtlety, and expressive force.

Guyton was born in Indiana in 1972 and grew up in Tennessee. Twice rejected from the Whitney Independent Study Program, he pursued an MFA at Hunter, where his instructors included Robert Morris, and further immersed himself in minimalist art working as a guard at the Dia Art Foundation in Chelsea for seven years. His early “drawings” date from around 2003 and are filled with black 'X'characters over excised book pages. This motif would become central to his canon, much of which is produced with a large-format Epson Stylus Pro and UltraChrome inkjet printers into which bolts of canvas and other substrates are irregularly fed by hand. In 2006, Guyton's collaboration with Kelley Walker was included in the Uncertain States of America survey at the Astrup Fearnley Museum of Modern Art in Oslo, and in 2009, the pair were invited to participate in the Venice Bienale. A major solo show, Wade Guyton OS, was held at the Whitney in 2012, about which curator Scott Rothkopf said, “[the works'] grandeur owes...to Guyton's constant negotiation between technical failure and mastery, physical accident and control...he matured at a time when images became radically easier to reproduce than ever before—and also radically more unstable.”

Guyton currently works with Friedrich Petzel Gallery from New York, Galleria Gió Marconi in Milan, Galerie Gisela Capitain from Cologne, Galerie Francesca Pia from Zurich and Galerie Chantal Crousel in Paris. His works regularly sell at auction for over $1 million, such as his immense untitled 'X' diptych of 2010 that was hammered down at Sotheby's for $4.08 million. His works can also be seen in the permanent collections of the Carnegie Museum in Pittsburgh, the Piankothek der Moderne in Munich, and the Dallas Museum of Art.