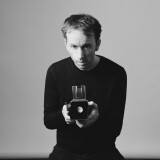 Interested in selling a work by Tyler Shields?
Start Selling

Tyler Shields (b.1982) has made a name for himself as one of the most celebrated Fine Art photographers. Even before the world knew Shields as the photographic provocateur he is today, he lived a life as complex and diverse as his pictures.

As a child growing up in Jacksonville, Florida, Shields became a professional in-line skater –going on to compete in the X Games and win the World Championship. At an early age, Shields became accustomed to the unwavering dedication that it takes to reach success. For those who follow Shields closely, it has come as no surprise that shortly after starting his photography career, Shields became the youngest living artist to be in auction at Sotheby’s. Countless auctions later Sotheby’s dubbed him “…the Andy Warhol of his generation.” Stating:

“Shields has produced images that play with notions of the gaze, power structures, hyper-realism, iconoclastic-tendencies and cinematographic practice”.

Internationally, his exhibitions attract record-breaking attendance, while his limited edition prints are some of the most sought-after images in the world. In his ten-year career Shields has photographed all manner of celebrity-- Hollywood legends like Bruce Willis to tech giants like Elon Musk. Shields’ earliest work chronicles young Hollywood glitterati doing what every magazine told him could not be done, such as Lindsey Lohan running wild through Los Angeles and Emma Roberts jumping off of buildings.

At the start of his career, Shields was turned away by every magazine in publication with a resounding message from them all: there was no way a celebrity would ever shoot outside of a studio and even though his photography and lavish stunts were on every website it meant nothing because “the internet was never going to replace magazines”. Ten years later, the very same magazines would need a miracle to find a time where Tyler was available for a commission with his constant revolving door of galleries. Galleries with the very images he was told would be “impossible” to take.

Witnessing a photo shoot with Tyler Shields behind the lens is hard to describe. The subjects of Shields’ photographs run from planes flying feet over their heads, hold a flaming Hermes Birkin next to their faces, and dangle steaks in front of large wild cats. Shields’ mastery of photography has allowed the seemingly impossible to manifest right in front of his lens.