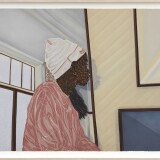 Born 1985.
Interested in selling a work by Toyin Ojih Odutola?
Get an Estimate 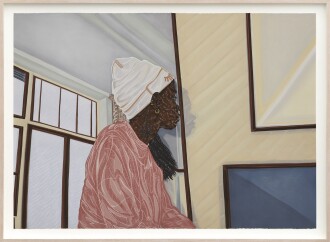 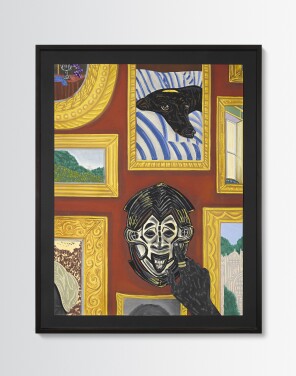 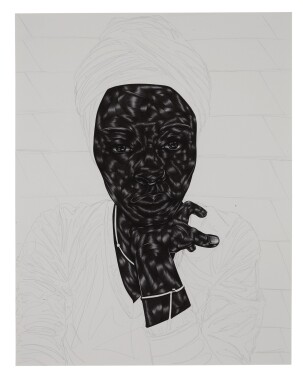 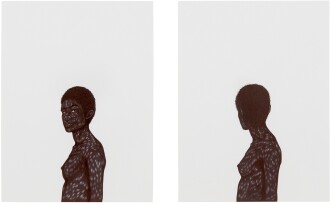 Toyin Ojih Odutola’s vibrant, lavishly detailed drawings investigate the complex and adaptable nature of identity and representation. In particular, Ojih Odutola’s work explores questions of sociopolitical identity as they relate to skin color; her figures, often drawn in black ballpoint pen, reveal a deeply layered approach that is as aesthetically striking as it is thought provoking. Drawing on her own experiences as a Nigerian immigrant to the southern United States, Ojih Odutola has also cited African-American portrait artists like Jacob Lawerence, Elizabeth Catlett, Romare Bearden and Barkley L. Hendricks as influences. Her exquisite compositions and uniquely conceptual approach to portraiture make Ojih Odutola one of the most exciting contemporary visual artists working today.

Ojih Odutola was born in 1985 in Ife, Nigeria. In 1990, her family moved to Berkeley, California, and in 1994 relocated to Hunstville, Alabama. Ojih Odutola attended the University of Alabama in Huntsville, earning a BA in Studio Art in 2008. In 2012, she received her MFA from California College of Arts in San Francisco. Ojih Odutola’s early work, executed primarily in black ballpoint pen, caught the eye of gallerist Jack Shainman, who gave the artist her first solo show in 2011. In 2016, she began experimenting with charcoal, pastel and pencil, producing vividly colored conceptual family portraits. Today, Ojih Odutola lives and works in New York.

Ojih Odutola’s work has been featured in numerous museum exhibitions, including group shows at Houston’s Menil Collection (2012), the Brooklyn Museum (2016) and The Drawing Center in New York (2018). In 2017, she was honored with a solo exhibition at the Whitney Museum of American Art in New York, entitled Toyin Ojih Odutola: To Wander Determined. Her works are already in the collections of several major institutions, including the Metropolitan Museum of Art, Museum of Modern Art and the Whitney Museum of American Art, all in New York, and the National Museum of African Art, Smithsonian Institution, Washington, DC.

Contemporary Art
Power of Portraits Endures as Bacon, Saville & Oehlen Triumph in London
Auction Results
Works by Women Drive Sotheby’s Contemporary Art Evening Auction
Contemporary Art
The Enduring Appeal of Figurative Art, from the 1940s to Today
Please note that prior performance of the indexes and realized returns contained herein does not guarantee future results. In addition, there is no guarantee that random collections of individual works of art or stocks will yield index returns. We are not financial advisors and we are not in the business of recommending art as an investment. We also have no comparative advantage in forecasting the future direction of the art market. Investment decisions should be based on the risk return tolerance and time horizon of the investor with, if desired, the support of a licensed financial advisor. This information is provided "as is" and with no representations or warranties either express or implied of accuracy, merchantability, fitness for a particular purpose or of any other nature are made with respect to this information or to any expressed views presented in this information.