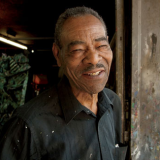 Born 1928. Died 2016.
Interested in selling a work by Thornton Dial?
Get an Estimate

Works by Thornton Dial at Sotheby's 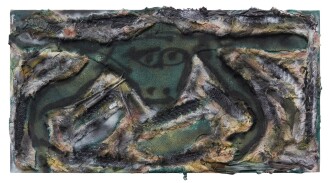 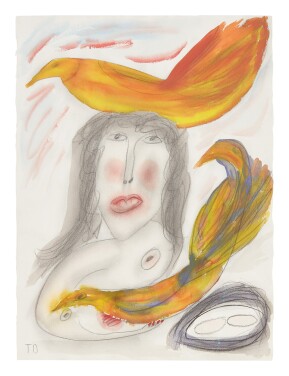 Thornton Dial was born on September 28, 1928 on a former cotton plantation in Emelle, Alabama. For most of his adult life, Dial was employed as a metalworker at the Pullman Standard Plant in Bessemer, Alabama. As a side gig, he would pick up discarded objects and fashion them into “things” to sell around the neighborhood. When the Pullman plant closed in 1981, Dial dedicated himself to his “things.” In 1987, fellow Alabaman artist Lonnie Holley introduced Dial to the Atlanta collector William Arnett, who brought Dial's work to national attention. Within the next decade, solo shows were mounted at the New Museum of Contemporary Art and the American Folk Art Museum in New York. In 2000, his work was represented in the Whitney Biennial and in Souls Grown Deep, William Arnett's landmark survey exhibition and two-volume catalogue of African-American vernacular art. Dial continued to make and show his art until his death on January 25, 2016. Posthumous exhibitions have included a career retrospective at Atlanta's High Museum of Art and three group shows at the Metropolitan Museum of Art, which acquired ten of Dial's works from the Souls Grown Deep Foundation.

Dial's work has also been accessioned into the permanent collections of the Museum of Fine Arts in Boston, Intuit: The Center for Intuitive and Outsider Art in Chicago, and the Dallas Museum of Art, among many other prominent public institutions.