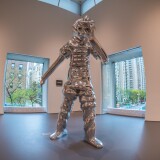 Works by Thomas Schütte at Sotheby's 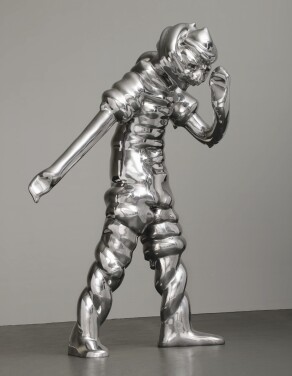 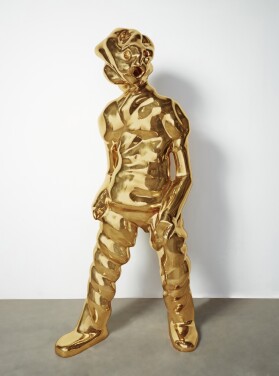 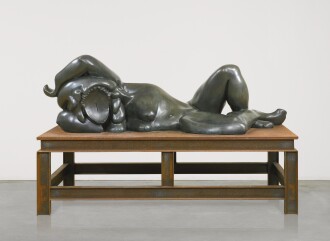 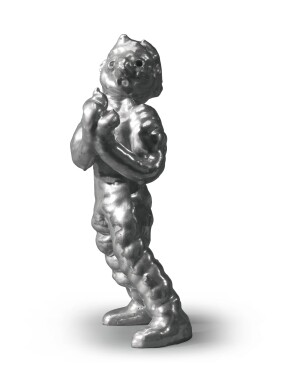 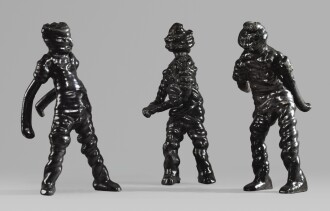 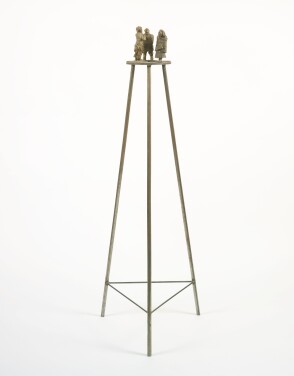 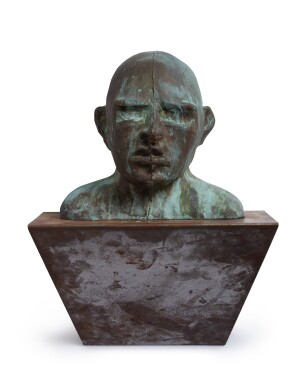 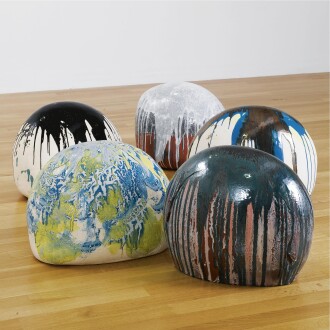 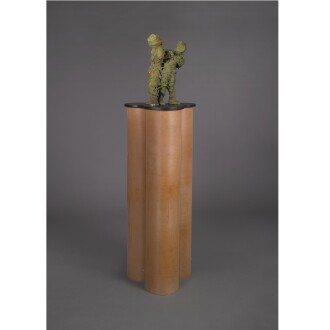 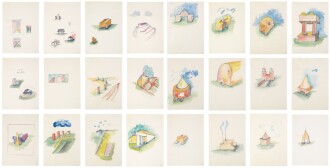 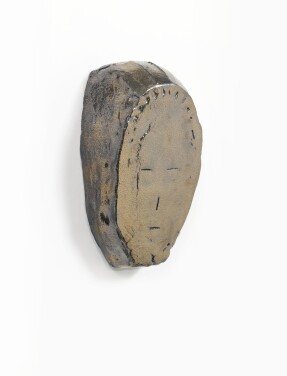 Born in Oldenburg, Germany in 1954, Schütte studied at the Kunstakademie Düsseldorf under Gerhard Richter, Daniel Buren and Benjamin Buchloh. Upon completing his studies in 1981, Schütte experienced relative success fairly quickly, thanks to his first solo exhibition at the Marian Goodman Gallery. He is best known for his small sculptures of humanoid forms with manipulated expressions and an underlying, threatening and sinister nature; they often appear distorted, mutilated or melted with rage and disgust. With these objects, Schütte explores the nature of representation and the role of the artist, theatricality and narrative. He simultaneously developed larger-scale conceptual objects; for example, he produced architectural models in the early 2000s using interconnecting, brightly colored planes of glass, including the eight-ton Model for a Hotel, which occupied the Fourth Plinth in Trafalgar Square for eighteen months beginning in 2007. The works within this avenue of investigation reinterpret the nature of monument in the twenty-first century.

Schütte’s work garners considerable recognition and awards, including the 1998 Kurt Schwitters Preis für Bildende Kunst der Niedersächsischen Sparkassenstiftung, the Golden Lion at the 2005 Venice Biennale and the Düsseldorf Prize in 2010. He has had multiple solo exhibitions at major galleries and exhibition spaces around the world. including Kunstmuseum Winterthur, the Kunsthalle Mainz, Germany, the Stedelijk Museum Amsterdam and a three-part survey at Dia Art Foundation. His sculptures consistently sell at impressive prices; his 2002 aluminum Großer Geist No. 16 sculpture sold for $4.1 million in 2010, while the 1996 bronze Großer Geist No. 6 sold for $5.3 million at Christie’s in 2014. His works can be found in the permanent collections of the Clark Art Institute, the Museum of Modern Art and the Art Institute of Chicago.