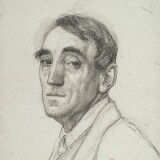 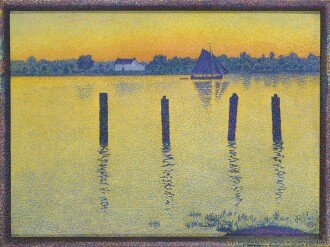 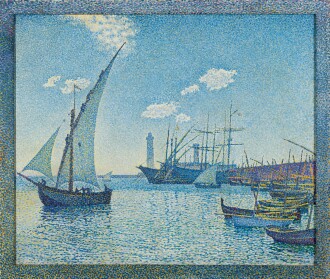 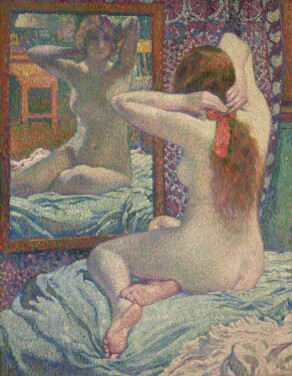 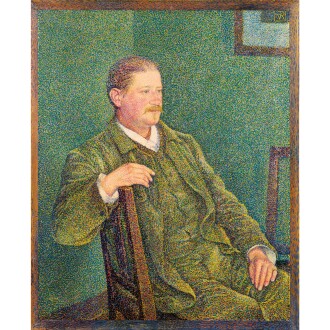 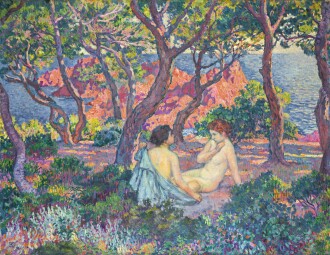 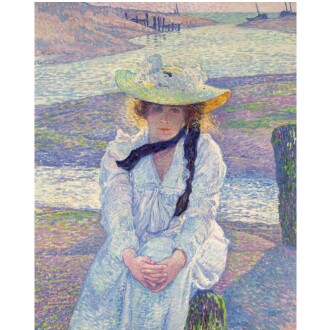 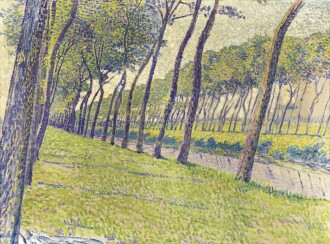 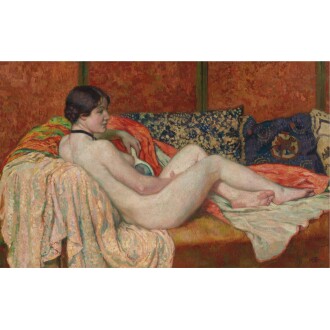 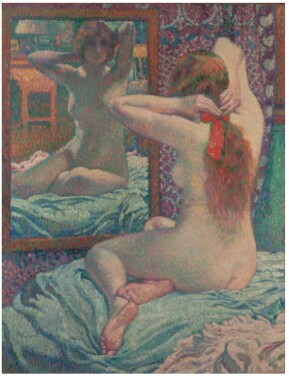 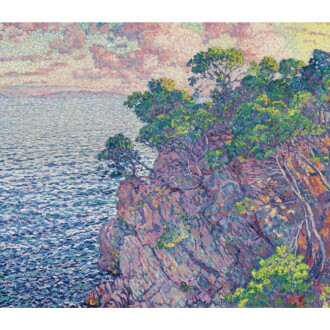 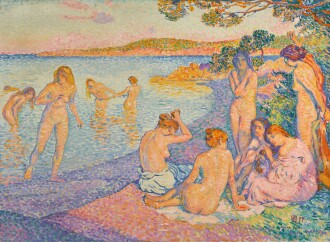 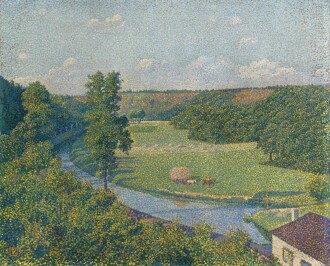 Following the final Impressionist exhibition in 1886, a coterie of young painters began to expand the Impressionist project – that is, the examination of the immediate evocation of fleeting light and atmosphere – in a bold new direction. Their intense colors, simplified planar forms, and conspicuous brushstrokes prefigured the Fauvist, Cubist and Expressionist movements that would come to define Modern art in the 20th century. Prominent among these innovators was Théo van Rysselberghe, who deftly syncretized Belgian realism, French color theory, Moroccan luminosity and American cosmopolitanism into a style both eminently of the moment and entirely his own.

Théophile van Rysselberghe was born on 23 November 1862 to a French-speaking bourgeois family in Ghent. He studied at the Academy of Ghent and then at the Royal Academy in Brussels. He began departing from academic strictures by 1880, and in 1882 he made his first of three trips to Morocco, where he drew and painted picturesque street scenes that would find enthusiastic viewers back in Belgium. The following year, van Rysselberghe co-founded the forward-looking artistic circle Les XX, which would later include Auguste Rodin and Paul Signac. Around that time he also befriended eminent American painters William Merritt Chase and John Singer Sargent, who would exert a significant influence on his portraiture.

After seeing works by Monet and Renoir in 1886, van Rysselberghe fell under the spell of Impressionism and very soon began to work in Seurat's pointillist style. His brushwork approach softened after 1903 and his works after 1910 seem to hearken back to his classical roots while evincing an attentiveness to the emerging aesthetic of Art Nouveau. Van Rysselberghe died on 14 December 1926 in Le Lavandou on the southeast coast of France.

Van Rysselberghe's work can be seen in such major public institutions as the National Gallery in London, the Museum of Modern Art in New York and the Museum of Fine Arts in the artist's native Ghent.