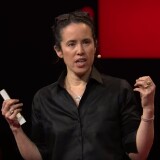 Works by Sarah Sze at Sotheby's 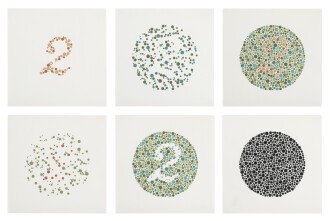 Contemporary American sculptor Sarah Sze says of her work, “I approach sculpture as a very fragile constitution that’s always in flux and at risk of ruin structurally, at risk of self-contradiction conceptually.” Sze's intricate assemblages of everyday and handmade objects form speculative taxonomies that inquisitively range over their sites, reaching across museum floors, scaling up walls, and dangle from ceilings.

Born in Boston in 1969, Sze received a BA from Yale University in Connecticut in 1991 and an MFA from New York’s School of Visual Arts in 1997. Over the next few years, she mounted solo shows at the Institute of Contemporary Arts in London, the Foundation Cartier pour l'art contemporain in Paris, and the Museum of Contemporary Art in Chicago. In 2002, she began lecturing at Columbia University, where she is currently a Professor of Visual Arts. In 2003, she was granted a MacArthur “Genius Grant” in recognition for her installation work that “provide[s] the viewer with a sense of wonder, visual pleasure and a novel way to look at familiar space,” and mounted a major mixed-media installation, The Triple Point of Water, at the Whitney Museum of American Art in New York, which was described by critic David Cohen as a “mad scientist's model of the world.” In 2013 and 2015, Sze represented the United States at the Venice Biennale, and in 2017, a permanent installation of ceramic tiles commissioned by the New York MTA opened in the 96th Street subway station. Sze lives and works in New York with her husband, Siddartha Mukherjee, the Columbia oncologist and Pulitzer-winning author of The Emperor of All Maladies. She is represented by Tanya Bonakdar Gallery in New York and Victoria Miro Gallery in London.

Sze's work is represented in numerous major public collections worldwide, including the Boston Museum of Fine Arts, the 21st Century Museum of Art in Kanazawa and the Los Angeles Museum of Contemporary Art.