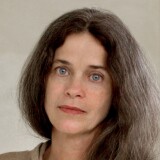 Born 1951.
Interested in selling a work by Sally Mann?
Request an Estimate

Works by Sally Mann at Sotheby's

American photographer Sally Mann has spent her career making intimate and often divisive images of family, childhood, adolescence and death. Although her father encouraged her early interest in photography, Mann had no formal training. One of her first projects, At Twelve: Portraits of Young Women, presents a series of dramatic photographs of adolescent girls, in large format black-and-white – the layout in which Mann has consistently worked for most of her career. The dramatically lit, innovative compositions were marked by their striking balance between adolescence in which young women are at once vulnerable yet beginning to seize their strength. Her 1992 photography book Immediate Family, for which she is most famed, presents portraits of her children engaged in summertime activities — playing outside, sleeping, and exploring the world around them. The project was met with controversy by Mann’s detractors, and garnered condemnation from the Christian Broadcasting Network because her children appear partially or fully nude in many of the portraits – a criticism that baffled Mann, who insisted that nudity in childhood was natural and entirely un-sexualized for the artist. The images instead depict youth and childhood through the eyes of a parent: worried yet joyful, protective yet emboldening. From the mid 1990s on, Mann has explored landscape as a means of investigating history, death and decay, by photographing the site of the murder of Emmett Till, decomposing bodies at anthropological facilities, and – through a characteristically personal lens – documenting the physical toll of muscular dystrophy has taken on her husband.

Time Magazine named Mann America’s Best Photographer in 2001, and two of her photographs have appeared on the cover of the New York Times Magazine. Immediate Family sold out its first print run of 10,000 copies within three months of release in 1992. By September of that year, 300 prints had been ordered from the book, earning over $500,000. Her work is included in the collections of the National Gallery, Washington, D.C.; the Metropolitan Museum, New York; the Whitney Museum of American Art, New York; the Museum of Fine Arts, Boston; the San Francisco Museum of Modern Art; and many other major institutions.

Museums with Works by Sally Mann