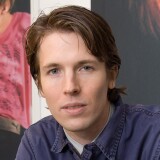 Works by Ryan McGinley at Sotheby's 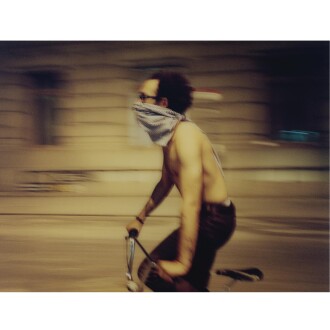 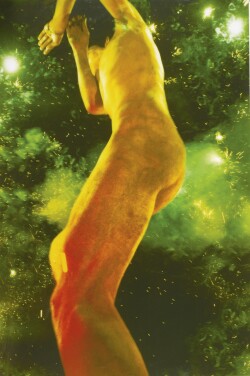 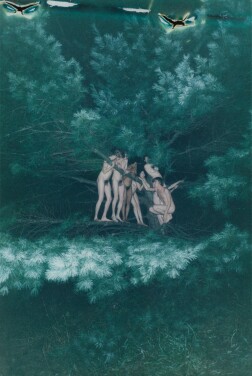 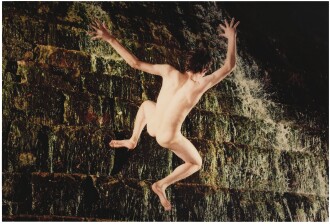 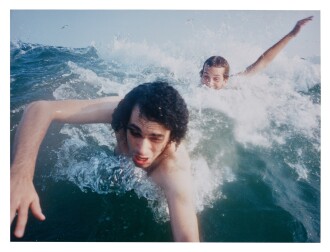 With his raw, uninhibited approach to portraiture, Ryan McGinley’s talent was recognized early; five years after he first picked up a camera as an undergraduate at Parsons School of Design in New York, he became the youngest artist ever to hold a solo show at the Whitney Museum of American Art. McGinley has continuted to hold the attention of collectors, curators and critics alike with increasingly ambitious and formally complex work that still retains the pertly impetuous quality of his first, gritty Polaroids stuck on his East Village apartment wall.

McGinley was born on October 17, 1977 in Ramsey, New Jersey. As a teenager, he ran with punk musicians and graffiti artists, and competed in the amateur snowboard circuit. He enrolled as a graphic design major at Parsons, and began experimenting with photography, capturing his friends and hookups in guileless moments. In 1999, he assembled a photobook which he titled The Kids Are Alright, after a song off The Who’s debut album My Generation. This amateur volume caught the attention of Whitney curator Sylvia Wolf, who went on to orchestrate McGinley’s landmark solo show on 2003, which presented these intimate images on an imposing scale. The following year, he struck out on the first of his now-legendary summer road trips with a retinue of youthful models. Other recent projects have included a Levi’s ad campaign, editorial coverage of the Olympics, and the music video for Sigur Rós’s “Varúð.” McGinley currently resides in New York City.

McGinley’s work is featured in such public collections as the San Francisco Museum of Modern Art, the Solomon R. Guggenheim Museum, New York, and the Milwaukee Art Museum.

Type: slideshow
Category: Contemporary Art
The Art of Summer and Fire Island’s History as an Oasis for the Queer Community

Museums with Works by Ryan McGinley