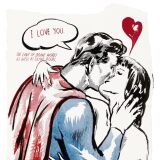 Works by Raymond Pettibon at Sotheby's 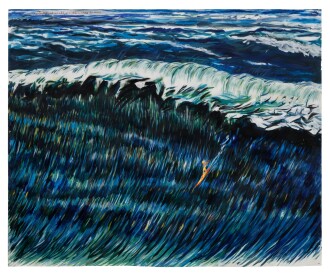 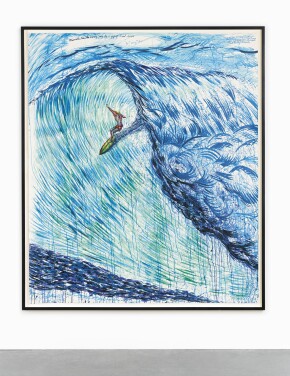 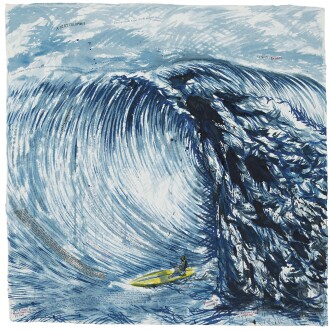 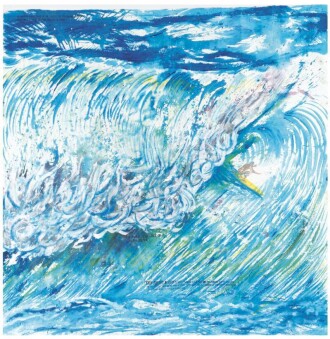 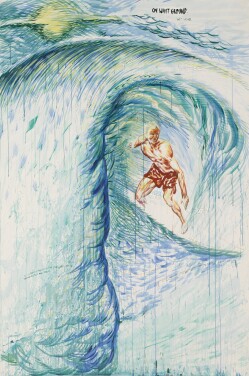 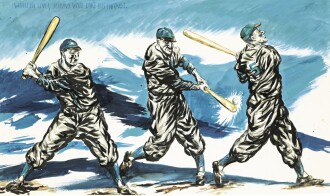 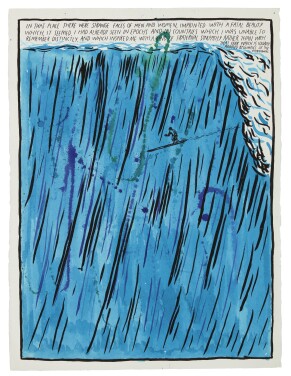 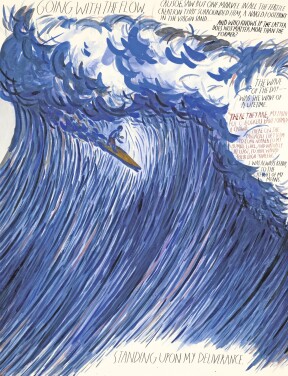 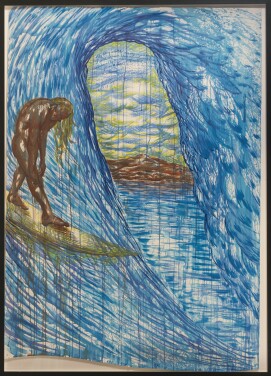 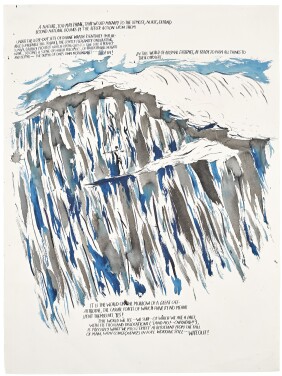 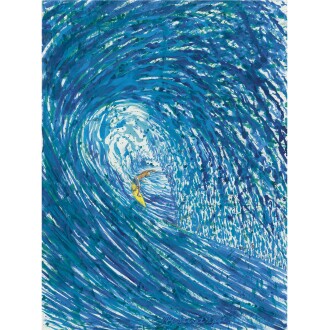 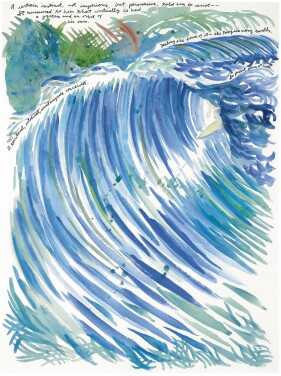 Raymond Pettibon, best known for his incisive pen and ink critiques of contemporary society, came to prominence in the Southern California punk rock scene of the early 1980s. Taking inspiration from comic books, political cartoons and DIY-culture, Pettibon has also cited William Blake, Edward Hopper, and Francisco Goya as influences. Although most closely associated with drawings in India ink on paper, he is also an accomplished collagist, a facility which is echoed in his wide-ranging erudition: blending text and figuration, Pettibon invokes myriad historical and contemporary references to create work that is by turns enigmatic, pointedly political and perversely funny.

Pettibon was born in 1957 in Tucson Arizona, and grew up in Hermosa Beach, California. He earned a degree in economics from UCLA in 1977, and briefly worked as a math teacher before turning his attention to the arts. Largely self taught, he began by designing album covers, promotional posters and ephemera for his brother’s band, the seminal hardcore punk group Black Flag, in the mid-‘70s. Around this time, he adopted the surname Pettibon (he was born Raymond Ginn), a reference to the nickname Petit Bon (“good little one”) given to him by his father.

Pettibon began exhibiting in the 1980s, rapidly becoming a well-known fixture in the contemporary arts scene. Since then he has participated in numerous important group and solo exhibitions and has been included in the Whitney Biennial, Venice Biennale and documenta XI. He is the recipient of many awards and honors, including the 2004 Whitney Biennial Bucksbaum Award and the 2010 Oskar Kokoschka Prize. Pettibon’s work is in the collections of institutions worldwide, including the Museum of Modern Art and Whitney Museum of American Art in New York; Walker Art Center in Minneapolis; Los Angeles County Museum of Art; Tate Gallery in London; and Centre Georges Pompidou in Paris. Pettibon currently lives and works in New York.

Type: featured
Category: Contemporary Art
Sterling Ruby & Fai Khadra: Conversations in Contemporary Art
Type: story
Category: Contemporary Art
Art of an Era, the 1990s in Pictures
Type: slideshow
Category: Contemporary Art
Supreme Skateboard Decks Designed by Dash Snow, Cindy Sherman & More
Please note that prior performance of the indexes and realized returns contained herein does not guarantee future results. In addition, there is no guarantee that random collections of individual works of art or stocks will yield index returns. We are not financial advisors and we are not in the business of recommending art as an investment. We also have no comparative advantage in forecasting the future direction of the art market. Investment decisions should be based on the risk return tolerance and time horizon of the investor with, if desired, the support of a licensed financial advisor. This information is provided "as is" and with no representations or warranties either express or implied of accuracy, merchantability, fitness for a particular purpose or of any other nature are made with respect to this information or to any expressed views presented in this information.