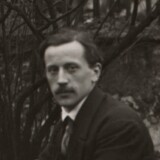 Born 1876. Died 1918.
Interested in selling a work by Raymond Duchamp-Villon?
Get an Estimate

Works by Raymond Duchamp-Villon at Sotheby's 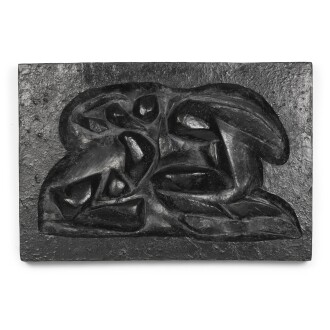 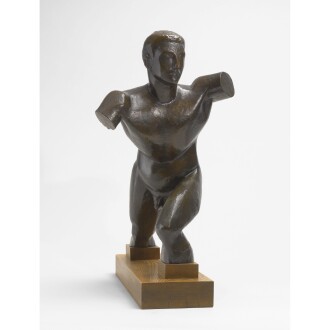 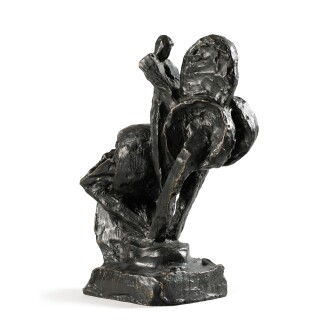 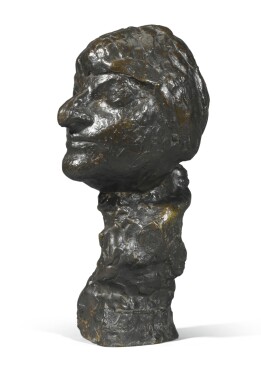 French sculptor Raymond Duchamp-Villon, one of the first to apply the Cubist style in three dimensions, is best known for his dynamic bronze sculptures. Geometrically abstracted, smooth-surfaced and thrumming with energy, his pieces evoke a striking synthesis of muscular and mechanical motion. Working closely with his brothers, the artists Marcel Duchamp and Jacques Villon, Duchamp-Villon was an influential advocate for Cubism in the early 20th century.

Duchamp-Villon was born in 1876 in Damville, France. He initially studied medicine at the University of Paris, but a debilitating bout of rheumatic fever forced him to abandon his studies. Opting instead to pursue sculpture, he exhibited in 1902 and 1903 at the Salon de la Société Nationale des Beaux-Arts. In 1905, Duchamp-Villon showed for the first time at the Salon d’Automne; two years later, he began serving on the jury of the sculpture section, in which capacity he became an important champion for emerging Cubist art. While his early works were modeled in the style of Rodin, by the 1910s, Duchamp-Villon had begun to experiment with the Cubist technique of dissecting objects into abstract shapes. Also around this time, the Duchamp brothers began attending regular meetings of what became known as the Puteaux Group of artists and critics. In 1912, the group mounted the Salon de la Section d’Or at Paris’ Galerie de la Boétie, gaining widespread recognition for the Cubist movement.

During World War I, Duchamp-Villon served in the army as a medic. He managed to continue sculpting, completing The Horse – widely considered his masterpiece – in 1914. In 1916, Duchamp-Villon contracted typhoid fever while stationed at Champagne, ultimately resulting in his death in 1918. Today, his works reside in major collections around the world, including the Solomon R. Guggenheim Museum and Museum of Modern Art in New York; the Museum of Fine Arts in Houston; the Tate Modern in London; the Musée National d’Art Moderne in Paris; and the Peggy Guggenheim Collection in Venice.