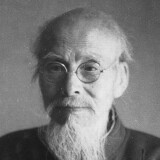 Works by Qi Baishi at Sotheby's 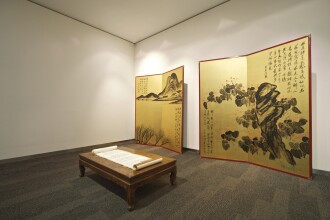 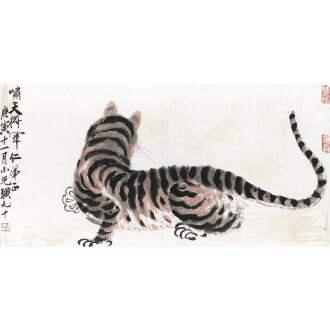 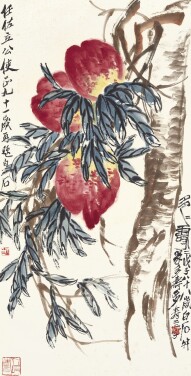 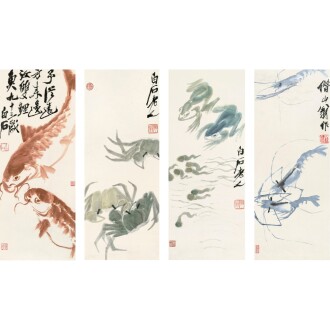 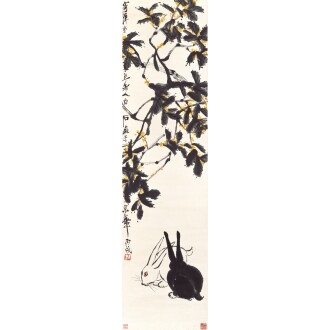 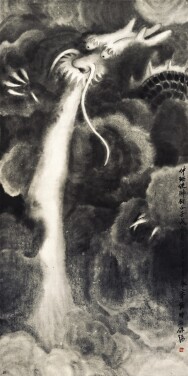 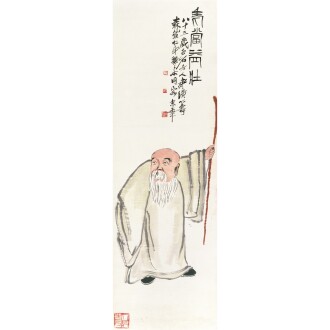 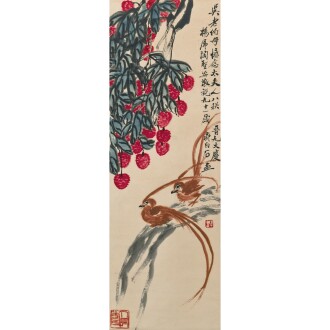 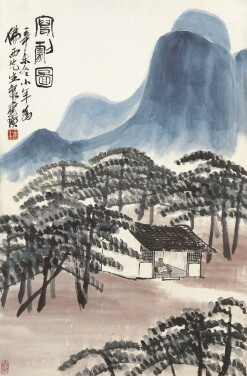 Qi Baishi was one of the most beloved and well-known Chinese artists of the 19th and 20th centuries. Despite his humble beginnings and unorthodox artistic trajectory, his works now number amongst the most expensive ever sold at auction.

He was born into poverty in 1864 to a peasant family. He began a career as a carpenter, though he taught himself to paint using a manual from the Qin dynasty period. He continued to work as a carpenter to establish himself financially, finding artistic mentors who taught him poetry and painting. At age forty, he traveled across China, visiting beloved scenic and historical locations, after which he devoted himself entirely to painting. He became a major master of the gongbi mode of painting, characterized by fine brushwork and minute detail. He continued to travel and meet an ever larger array of artists, which led him to turn to the xieyi mode of painting, which required experience but relied on spontaneous applications of paint led by the spirit. He expanded his subject matter to figures, animals, vegetation and landscape and began to incorporate rich color into his compositions, painting in an ever-freer style. His works are focused on the spiritual, ephemeral and mystical qualities of the human condition.

Qi Baishi experienced fame and success during his lifetime, which has grown exponentially since his death in 1957 at the age of ninety-three. In 1953, the Ministry of Culture selected him as the Outstanding Artist of the Chinese People. One year later he was selected as the representative of the Chinese people, and attended the National People’s Congress. One year before his death, he was awarded the World Peace Prize by the World Peace Council

Museums with Works by Qi Baishi 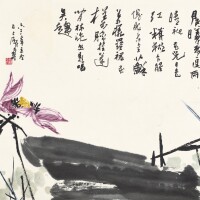 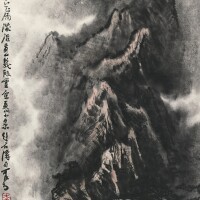 Artist
Li Keran
View Profile
Please note that prior performance of the indexes and realized returns contained herein does not guarantee future results. In addition, there is no guarantee that random collections of individual works of art or stocks will yield index returns. We are not financial advisors and we are not in the business of recommending art as an investment. We also have no comparative advantage in forecasting the future direction of the art market. Investment decisions should be based on the risk return tolerance and time horizon of the investor with, if desired, the support of a licensed financial advisor. This information is provided "as is" and with no representations or warranties either express or implied of accuracy, merchantability, fitness for a particular purpose or of any other nature are made with respect to this information or to any expressed views presented in this information.