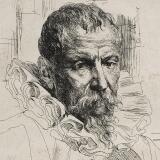 Works by Pieter Brueghel the Younger at Sotheby's 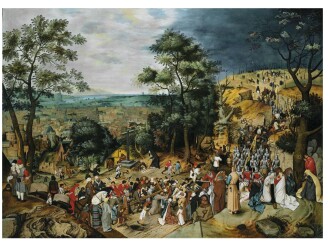 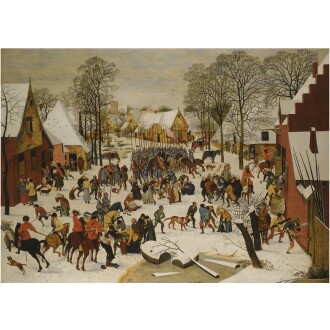 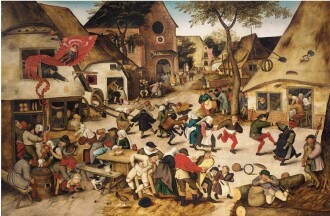 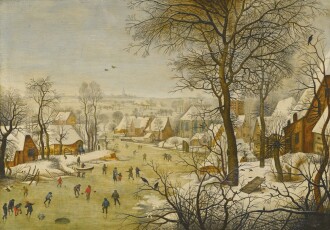 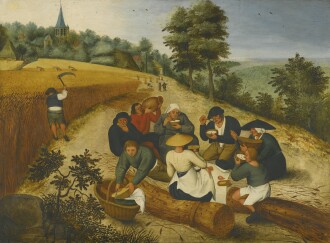 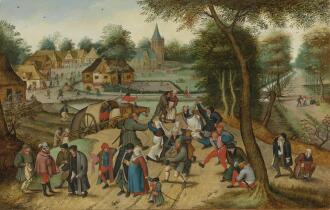 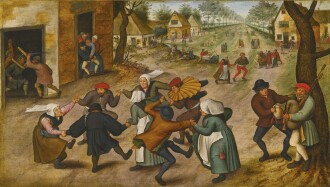 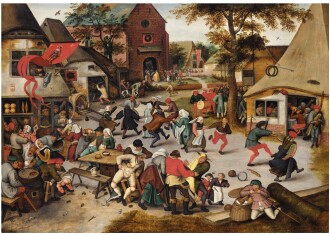 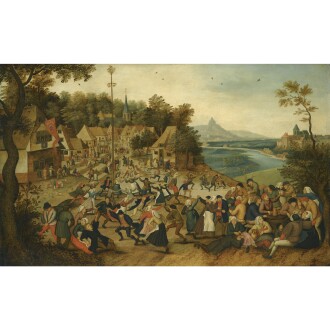 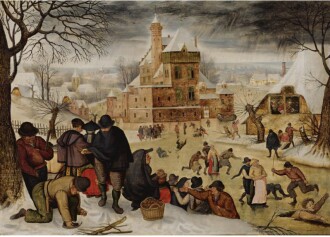 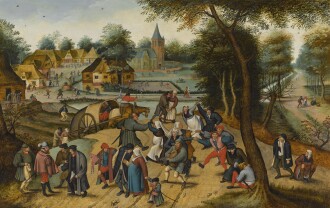 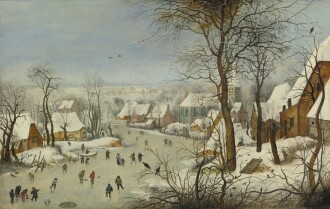 Born the son of renowned artist Pieter Brueghel the Elder in Brussels about 1564, Pieter Brueghel the Younger is thought to have received his first artistic training from the artist, and his maternal grandmother, Mayken Verhulst—the same woman who taught Brueghel’s younger brother Jan Brueghel the Elder. Approximately around 1580, Brueghel also received tutelage from Gillis van Coninxloo, a Flemish landscape painter.
By the time Brueghel was a young man, between 1584 and 1585, the artist was registered as a master in the Guild of Saint Luke in Antwerp; shortly thereafter, in 1588, he wed Elizabeth Goddelet—the same year he acquired nine apprentices, evidence that his workshop was large and his career was progressing on solid footing. His studio was prodigious in its output, producing not only many copies of works by his father, but also a large number of genre and landscape works. Because of the frequent depiction of commoners and rural life in his and his workshop’s work, he is frequently referred to as the “Peasant Brueghel.” Despite the popularity of his work, and the admiration fellow artists of the time had for him (Anthony van Dyck once painted a portrait of him, and Peter Paul Rubens owned one of his paintings), civic records of the time indicate he faced ongoing financial difficulties. Despite this, between his familial contributions and his own to the art historical canon, Brueghel is recognized as one of the bastions of the Dutch Golden Age.
It is not known what year he died in exactly, but the annals of the Guild suggest it may have been around 1637, when he was in his early 70s. His work is still owned by numerous private collections throughout the Netherlands, and is included in prestigious public collections such as the State Hermitage Museum, St. Petersburg; the Louvre Museum, Paris; the Rijksmuseum, Amsterdam; and the National Gallery of Art, Washington, DC.

Museums with Works by Pieter Brueghel the Younger

Type: museum
Musée du Louvre
Paris
Type: museum
Rijksmuseum
Amsterdam
Type: museum
State Hermitage Museum
St Petersburg
Type: museum
National Gallery of Art, Washington
Washington D.C.
Artist Image: Credit: The Picture Art Collection / Alamy Stock Photo
Please note that prior performance of the indexes and realized returns contained herein does not guarantee future results. In addition, there is no guarantee that random collections of individual works of art or stocks will yield index returns. We are not financial advisors and we are not in the business of recommending art as an investment. We also have no comparative advantage in forecasting the future direction of the art market. Investment decisions should be based on the risk return tolerance and time horizon of the investor with, if desired, the support of a licensed financial advisor. This information is provided "as is" and with no representations or warranties either express or implied of accuracy, merchantability, fitness for a particular purpose or of any other nature are made with respect to this information or to any expressed views presented in this information.