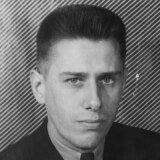 Works by Paul Cadmus at Sotheby's 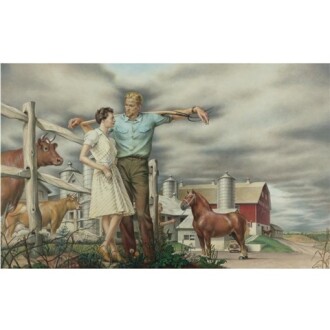 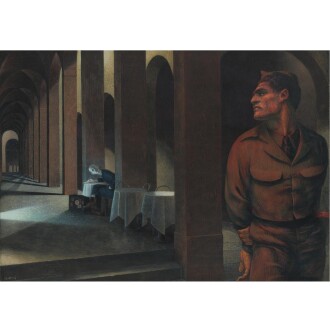 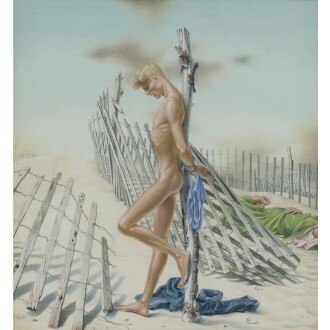 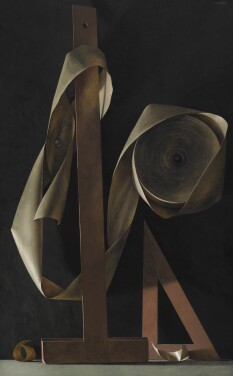 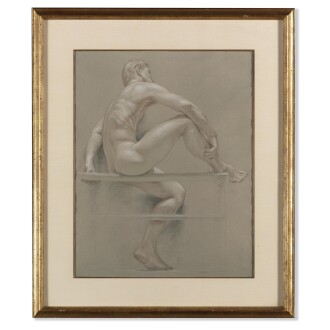 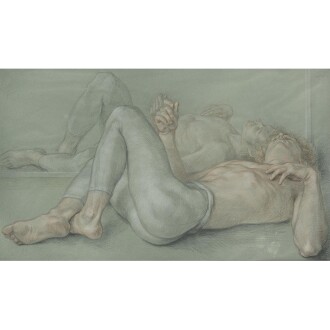 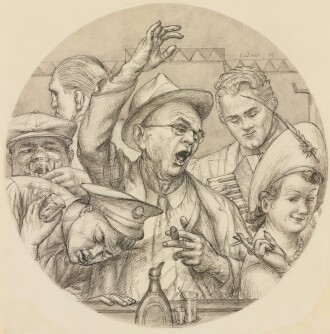 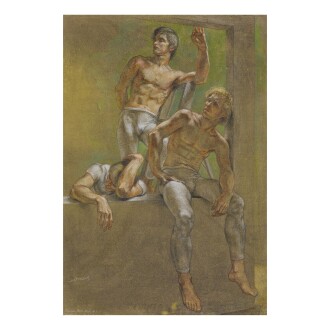 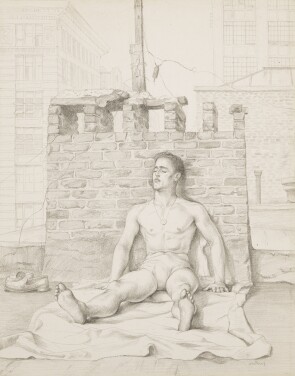 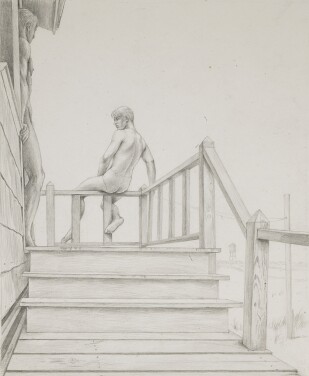 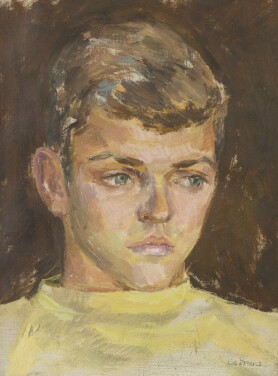 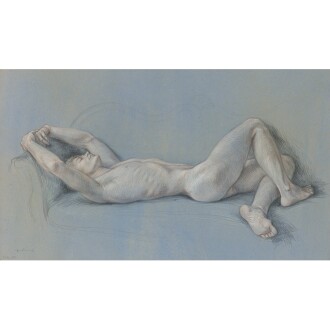 Paul Cadmus is best remembered for his vivid, erotically charged figurative paintings that have often been classified as magical realism. Carousing café crowds, languid sunbathers, subway commuters, and gilded acrobats all populate his canvases, in forms and attitudes that suggest a range of influences from the great Renaissance masters to drugstore beefcake magazines. His most talked-about work continues to be his 1934 WPA commission The Fleet’s In!, which the U.S. Navy’s high brass decried as “a most disgraceful, sordid, disreputable, drunken brawl” and kept from public view for the next half-century.

Cadmus was born on December 17, 1904 on the Upper West Side of Manhattan. His father, Egbert, studied with Robert Henri and worked as a commercial artist while his mother, Maria, illustrated children’s books. Cadmus entered the National Academy of Design at the age of fifteen and subsequently found work as an illustrator at a New York ad agency. In the early 1930s, he traveled through Europe with a fellow artist, Jared French, who would become his lover for a time. In 1937, Cadmus, French, and French’s wife, Margaret Hoening, formed the artistic collective PaJaMa and traveled between Fire Island, Cape Cod, and Nantucket staging photographs of themselves and their friends, both clothed and nude. From 1965 until his death on December 12, 1999, Cadmus’s partner and muse was Jon Anderson, a former cabaret star.

In 1996, the 92-year-old Cadmus was honored with a major retrospective at the Whitney Museum of American Art, which continues to hold several of his works; he is also represented at such institutions as the Crystal Bridges Museum of American Art, the Los Angeles County Museum of Art, and the Smithsonian American Art Museum. Sotheby’s has handled several important pieces including the tautly seductive Notturno: Bologna(1957), which sold for $277,000.

Type: video
Category: Auctions and Exhibitions
Peter Brant at the Intersection of Art and Design
Type: video
Category: Important Jewelry and Watches
Princely Provenance & The NYC Skyline: A Rare Pair of Patek Philippe Wristwatches
Type: video
Category: Anatomy of an Artwork
The Enchanting Engravings of Albrecht Dürer
Type: featured
Category: 20th Century Design
ZTT, Futurists And Me: Paul Morley On The Lasting Legacy Of Italian Futurism
Type: video
Henri Cartier-Bresson
Type: featured
Category: Jewelry
Icons of Design: Bulgari
Type: story
Category: Jewelry
Icons of Design – Van Cleef & Arpels
Type: featured
Category: Watches
G.O.A.T: The Patek Philippe Nautilus
Type: featured
Category: Watches
G.O.A.T: The Rolex Day-Date
Type: story
Category: Handbags and Accessories
Gucci x Balenciaga “Hacker Project”: Not Just Another Collaboration
Type: featured
Category: Sotheby’s Magazine
Back On The Scene
Type: featured
Category: Spirits
Dramming Up Interest
Please note that prior performance of the indexes and realized returns contained herein does not guarantee future results. In addition, there is no guarantee that random collections of individual works of art or stocks will yield index returns. We are not financial advisors and we are not in the business of recommending art as an investment. We also have no comparative advantage in forecasting the future direction of the art market. Investment decisions should be based on the risk return tolerance and time horizon of the investor with, if desired, the support of a licensed financial advisor. This information is provided "as is" and with no representations or warranties either express or implied of accuracy, merchantability, fitness for a particular purpose or of any other nature are made with respect to this information or to any expressed views presented in this information.