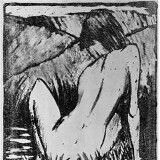 Works by Otto Mueller at Sotheby's 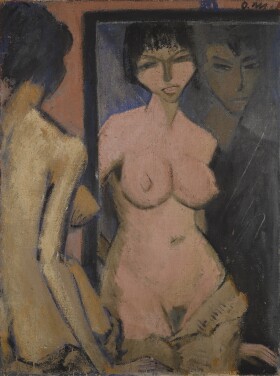 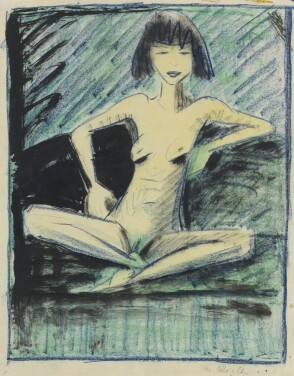 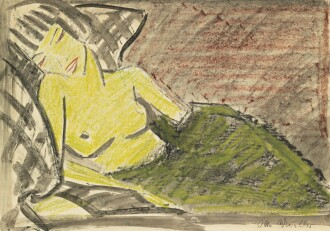 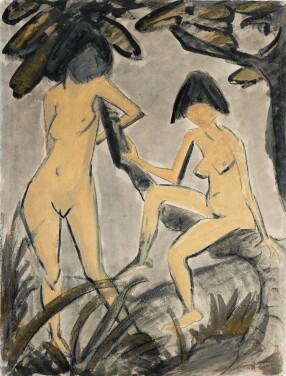 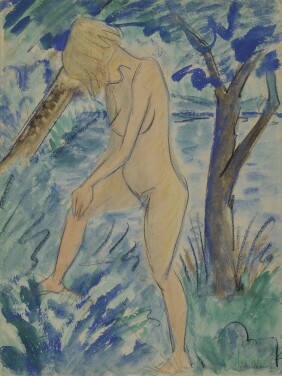 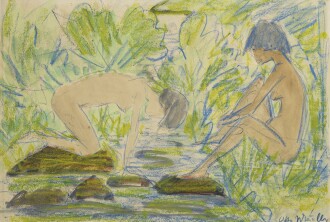 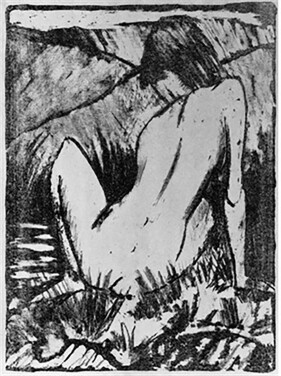 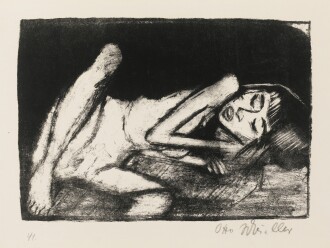 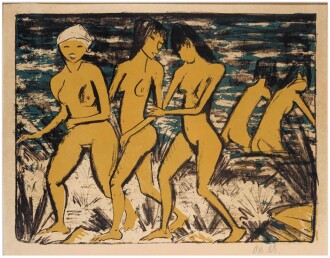 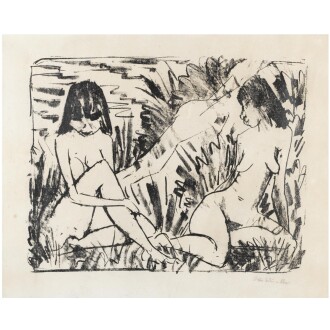 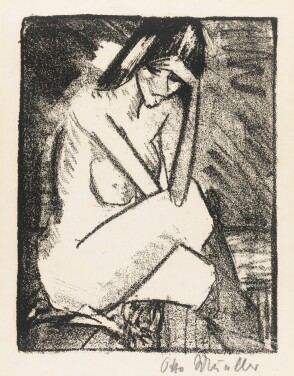 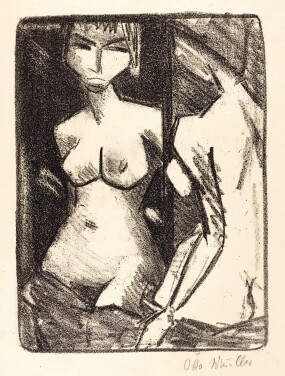 Polish born German artist Otto Mueller was a founding member of the Die Brücke group during German Expressionism in the years leading up to World War I. Many of his paintings focused on Romani women and nude figures, to which he turned in order to explore the nature of humanity and psychology during the politically, socially, economically and existentially tumultuous pre-war period.

Born in 1874 in Silesia, Mueller studied at the Academy of Fine Arts in Dresden with a particular focus on lithography. Moving to Berlin in 1808, he came into contact with Rainer Maria Rilke and Erich Heckel, who introduced him to the burgeoning Die Brücke group. Although many of the artists within the group used acidic colors and shocking chromatic juxtapositions, Mueller was known for his muted, dark colors, flattened forms and expressive line. He would often apply distemper to course canvas to achieve his desired effect of a grainy, matted surface. He fought for Germany against France and Russia during World War I, after which he became a professor at the Akademie der Bildenden Kunste in Breslau, where he taught for the rest of his life. Like many of his German Expressionist colleagues, Mueller’s work was characterized as Degenerate by the Nazis in 1937, seven years after his death, and 357 of his works were taken from public German Museums.

Although he was a key member of the Die Brücke movement, Mueller also exhibited alongside many Der Blaue Reiter artists. Following the end of World War II, Mueller was reinstated in the canon of art history as an enormously influential artist of the early twentieth century. His works can be found in the permanent collections of major museums around the world including the Museum of Modern Art, the Albertina in Vienna, the National Gallery of Art in Washington and the Art Institute of Chicago, among others.