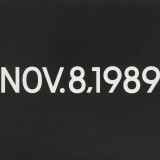 Works by On Kawara at Sotheby's 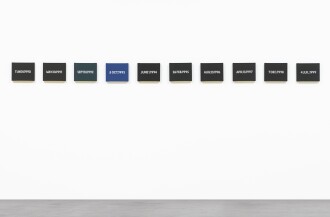 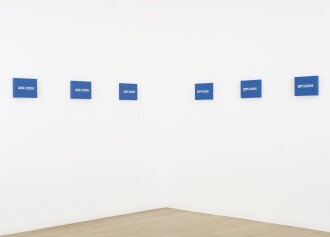 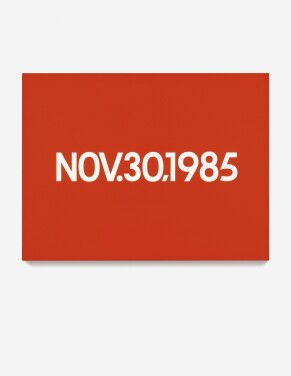 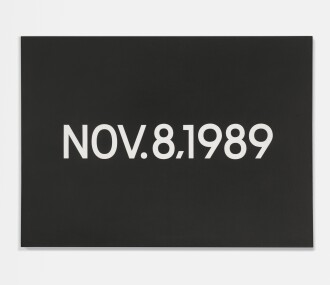 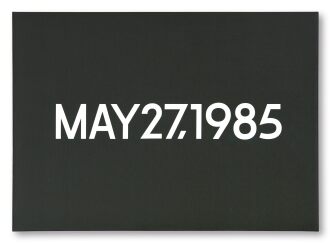 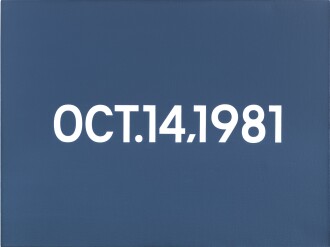 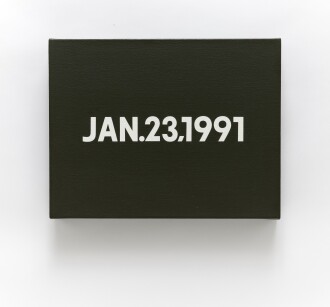 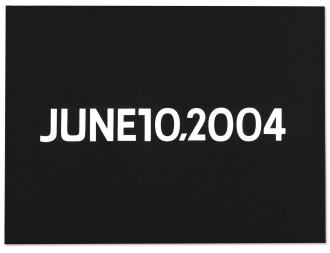 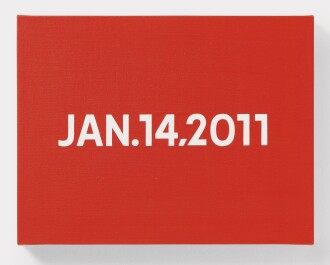 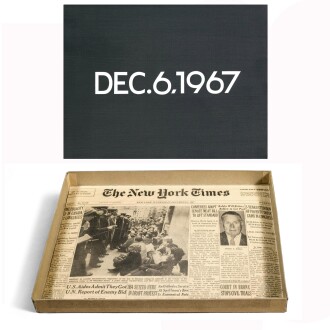 On Kawara quietly took his place in the chronicles of conceptual art with his Today paintings, each of which simply declares, in precisely rendered sans-serif script, the date on which it is executed. A series that was designed to end only with his death, Kawara made his first “date painting” on January 4, 1966 in New York City, and completed nearly 3,000 more in 112 different cities over the next five decades.

On Kawara (河原温) was born in Kariya, Japan on December 24, 1932. He was 12 years old when Hiroshima and Nagasaki were bombed, and his earliest paintings—in stark contrast to his uniformly impassive canon—vividly recalled the harrowing fallout. He moved to Tokyo in 1951, and then to Mexico in 1959, where he attended art school and explored the country. For much of his later life, he traveled between New York and Europe and dedicated himself to the sedulous craft of documenting his quotidian life in paintings, newspaper clippings, journals, postcards, telegrams, calendars, and other character-based media. One other notable project that likewise addresses the passage and marking of time but expands far beyond the artist's own days was One Million Years, a set of ledgers listing all of the years between 998,031 BC and 1,001,992 AD. Live readings from this vast text began in 1993 during Kawara's solo exhibition at Dia Center for the Arts and continue to be held since the artist's death on July 10, 2014.

Kawara's work was also exhibited at several Documenta events, the Venice Biennale, and the Tokyo Biennale, and has been accessioned into the permanent collections of the Museum of Modern Art in New York, the Walker Art Center in Minneapolis, and the Fundação Serralves in Porto. Several of his “date paintings” have fetched considerable prices at auction, including NOV. 30, 1985, which features a vibrant red background and was hammered down at Sotheby's for $1.45 million.