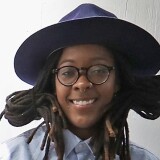 Born 1982, Harvey, Illinois, U.S..
Interested in selling a work by Nina Chanel Abney?
Get an Estimate 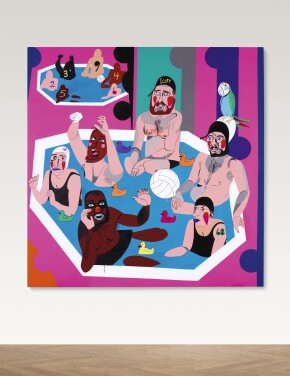 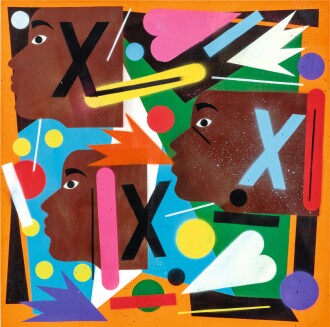 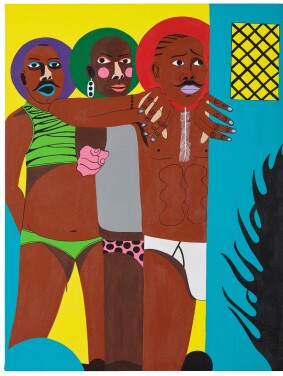 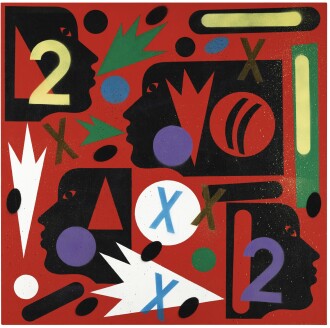 Abney was born in 1982 in Harvey, Illinois. She attended Augustana College, graduating with a dual BFA in studio art and computer science in 2004. Abney then pursued an MFA at the Parsons School of Design; her thesis piece, Class of 2007, a diptych which casts her grad school cohorts as black inmates in orange jumpsuits and the artist as a blonde corrections officer, captured the attention of the prominent Rubell family of art collectors and toured the country in the acclaimed group show 30 Americans. Abney's first solo museum exhibition opened in 2017 at the Nasher Museum of Art at Duke University, Durham, North Carolina, and traveled to Chicago, Los Angeles, and New York. The following year, she presented a series of monumental scale monotypes at Pace Prints, some of the largest works on paper ever created in their studio. In addition to her ongoing studio practice, Abney has lectured at numerous universities and arts centers; in 2013, she was a guest lecturer at the New York Academy of Art and in 2015 she was a featured speaker at the Summit Series in Powder Mountain, Utah. Abney currently lives and works in New York.

Abney's work has been accessioned into the permanent collections of such important institutions as the Whitney Museum of American Art in New York, the Brooklyn Museum and the Burger Collection in Hong Kong.