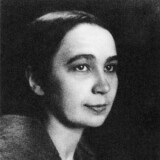 Works by Natalia Goncharova at Sotheby's 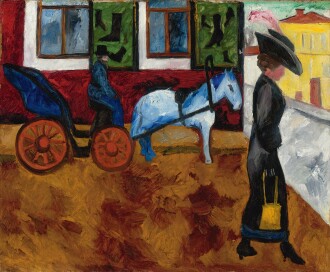 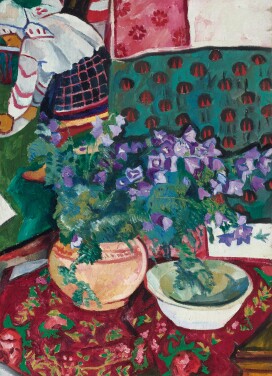 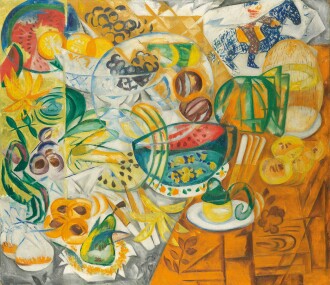 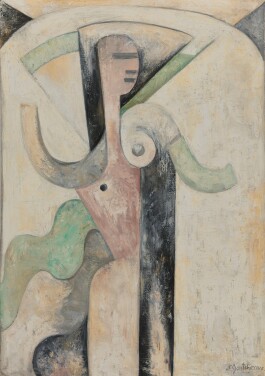 Natalia Goncharova not only achieved success in her life-time but today numbers alongside Georgia O’Keefe, Louise Bourgeois and Jenny Saville as one of the most expensive female artists at auction. The Russian painter and designer, whose first solo retrospective in the United Kingdom is on view at the Tate Modern until October, is a prime example of an avant-garde artist who did not merely follow the course of art history but changed it.

While a student in the sculpture workshop of Paolo Troubetzkoy at the Moscow School of Painting, Sculpture and Architecture she met her lifelong partner Mikhail Larionov. At his suggestion she switched to painting, entering the most progressive circles of the Moscow art scene.

As a founding member of the Jack of Diamonds and Donkey’s Tail groups Goncharova stood at the forefront of the Russian avant-garde and through her membership of Der Blaue Reiter joined the cohorts of international modernism. Goncharova’s Street in Moscow (1909), sold at Sotheby’s New York for $6,354,500 in 2011 shows her deep knowledge of the latest trends in contemporary European art but with her own distinctive take on modernist aesthetics. Standing at the crossroads between East and West, poised between international and national aesthetics, Goncharova and Larionov invented their own, profoundly Russian, artistic language. Larionov’s Russian-era canvas Still Life (sold at Sotheby’s in June 2018 for £2.2million), represents the culmination of their shared neo-primitivist period. They were among the first Russian artists to incorporate the ideas of French cubism and Italian futurism and in 1912–1914, their experiments resulted in a series of Rayonist paintings – a first vital step in the rapid development of Russian abstract art.

Revolutionary, independent, transgressive, Goncharova was often scapegoated and attacked by the Russian press as a symbol of moral decay and degradation. In 1910 she was charged with indecency for painting and exhibiting nudes (as her male colleagues did) and accused of heresy for her interpretations of religious themes. Undeterred, in 1913 she joined the ranks of Berthe Morisot, Mary Cassatt, Julia Margaret Cameron and Suzanne Valodon as one of the exceptionally few female artists to have held a solo exhibition. This Moscow exhibition comprised over 800 works, including Nature Morte Aux Fruits, sold at Sotheby’s London for £2,281,250 in 2008.
Throughout her long career, Goncharova never stopped experimenting with styles, ideas, techniques, and forms. She masterfully incorporated motifs from peasant embroidery and traditional woodblock prints into her work, mixing high and low culture. She freely combined elements from the applied arts, for so long dismissed as belonging to the women’s realm. Russianness remained at the core of her identity even after she moved to France.

Invited to Paris by the notorious impresario Serge Diaghilev in 1914 to create set designs and costumes for his new ballet Le Coq d’Or, she became an immediate sensation and arbiter of taste among the Parisian beau monde. A decades-long collaboration with the Ballets Russes opened the doors to the world of high fashion: in the 1920s she was appointed designer at the couture house Myrbor, and today her designs can be found in the collections of the Victoria and Albert Museum in London, Musée Galliera in Paris, and the Metropolitan Museum in New York. Lady with a Parasol sold at Sotheby’s New York for $1,720,000 in 2007 brilliantly demonstrates Goncharova’s understanding of design and the female form.

Today Natalia Goncharova’s oeuvre forms an integral part of the history of international modernism, and her works can be found in the collections of the Guggenheim and Museum of Modern Art in New York, the Centre George Pompidou in Paris and the Tate Gallery in London.

Museums with Works by Natalia Goncharova 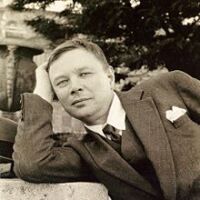