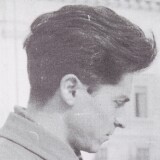 Upcoming Lots from the Artist 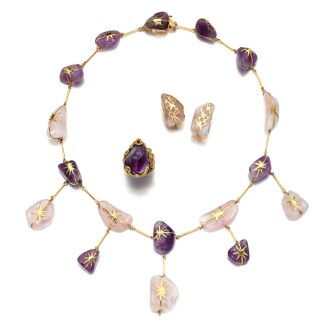 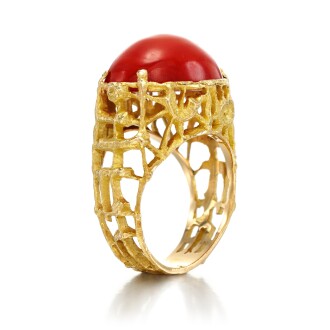 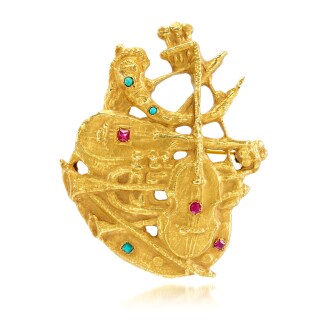 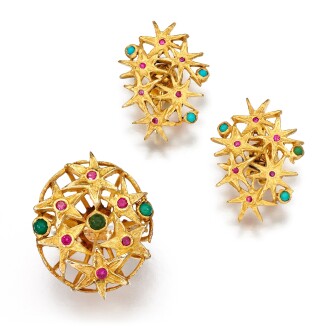 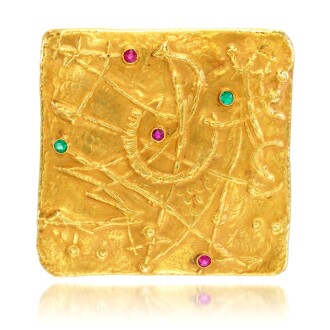 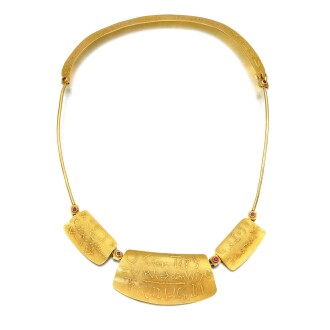 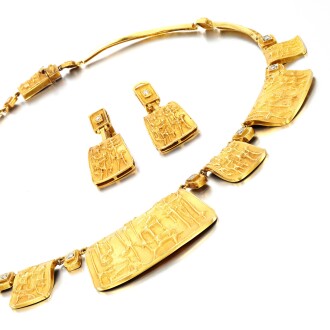 Mirko Basaldella was born in Udine on September 28th in 1910 to Leo and Virginia Angeli. He completed his studies in Venice and at the Academy of Fine Arts in Florence and at the School of Applied Arts in Monza, under the guidance of Arturo Martini, exhibiting for the first time in Udine in 1928, at eighteen years of age together with his two brothers Afro a painter and Dino a sculpture, alongside the painter A. Filipponi, in the First Exhibition of the Friulian avant-garde school.

In 1934 he moved to Rome with his brother Afro and held his first solo exhibition at the Galleria della Cometa following in 1935 when he was invited to represent the Roman School at the Venice Biennale. The first works by Basaldella exhibited at the Sabatello gallery in Rome in 1934 were bronze sculptures that combined an already mature technique, partly inspired by the works of his mentor Arturo Martini.

In 1937, the year of the Universal Exhibition, Basaldella travelled to Paris and in 1938 he again exhibited at the Venice Biennale and at the Cometa Art Gallery in New York. That same year, on 22 September, he married Serena Cagli, sister of the painter and friend Corrado. It was during the mid-1930s that he began to make jewels, originally as presents for his wife Serena.

His 1939 exhibition alongside his brother Afro at the Cairola gallery in Genoa and at the III Quadriennale, attracted the attention of critics with his David, a 1937 bronze now in National Gallery of Modern Art in Rome. C. Brandi noted the transition from an intended plastic as a "continuation of unexpected formal transitions", in which "it was a question of mastering a magma which, having removed the hesitation of verisimilitude, was disposed of in the most unpredictable molds", to a "coordination of partial plastic data" in which "what is striking is the plurality of plastic solutions reached, the spatial convolution, the uninterrupted rhythm, the reserved yet always decisive anatomical suggestions, the light capture that never resolves itself into luminism ".

In Basaldella’ s works exhibited between December 1939 (Galleria di Roma) and 1945 (Rome, Galleria dello Zodiaco, with C. Cagli) new influences begin to appear, from Donatello to Pollaiolo (in the bas-reliefs made with the "stiacciato" technique), echoes of Hellenistic and Michelangelo sculptures (in the Prison , 1941-42, bronze, kept in Rome in a private collection), and even of more exotic elements with references to Aztec mosaic sculpture.

From 1946-47 Basaldella began to explore a more post-cubist language and it was around the same time that Mario Masenza approached him to produce artists Jewellery. Masenza was instrumental in the rise of artists Jewellery in the post-war era in Italy drawing on his personal interest as an avid art collector attracted to the contemporary art of the School of Rome. Initially Basaldella refused the collaboration with Masenza but in 1948 Basaldella exhibited a gold brooch at the Milan Triennale. In total Masenza collaborated with over thirty artists up to the end of the 1970s, using his distinctive gold mix with a warm tonality akin to the gold used by the ancient Etruscans and Romans. The use of gold was unusual in artists Jewellery of the period and contrasts with that of jewels produced in North American artists like by Alexander Calder, Harry Bertoia and Ibram Lassaw where bronze and brass and to a lesser extent silver were employed.

The metamorphosis, the intertwining, the circulation of space in the plastic structures appear evident in numerous sculptures, exhibited between 1948 and 1952 in personal exhibitions in New York, Rome, Milan and in various monumental works. These include the bronze Gate of the mausoleum of the Fosse Ardeatine 1949-51.

In the 1950s Basaldella traveled to Syria and Jordan and in 1954 he participated with a personal room at the Venice Biennale with five paintings and nine sculptures. Pre-Columbian America and the East were a source of inspiration for the Voices , the Characters of the East , the Totems (in bronze, wood, copper), extraordinary fantastic apparitions in which the Basaldella. ranges from the theme of the idol and the monster to the pure, aniconic evocation of rhythms and arabesques, in an overwhelming eclecticism of references.

The total mastery of different materials allowed him to express himself in every dimension, from the minimal ones of the bronzes to the monumental ones ( Fontana in mosaic , 1955-56, La Spezia; The great initiate , 1957, bronze, Cambridge, Mass.).

In 1957 he was appointed director of the design workshop of Harvard University, Massachusetts, where he made monumental sculptures for private and public collections. In the meantime he spent his summers in Italy and took part in several group shows. In 1954 he exhibited at the Venice Biennale, and Peggy Guggenheim bought some of his work for her collection. He has won many awards, among them the prize for sculpture at the Accademia Nazionale dei Lincei (1959), a nomination to the Academy of Arts and Sciences (1962), and first prize at the Quadriennale of Rome (1966). In the sixties (while intensifying his pictorial activity) he created new important cycles of sculptures: the Motivi in tension , the Masks and a whole series of totems and trophies, such as his series of musical motifs that evolve into more abstract forms. The quantity of techniques used is also remarkable, from wood to cast bronze. from prototypes made of styrofoam (a kind of polystyrene that is worked with incandescent "electric keys"), or with the assemblage technique , in which technological or recycled materials, industrial wrecks, materials and objects of common use are mixed and bend to the usual inexhaustible mythical-fabulous imagination.

Always in line with the most advanced researches, the art of Basaldella developed from the informal to the most recent neo-Dadaist creations. In his later years, after having interpreted classical-Renaissance and exotic mythographies, he concluded his creative process with an ironic but also disturbing reading of contemporary society and its particular myths.