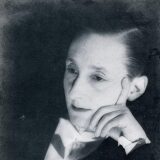 Works by Marlow Moss at Sotheby's 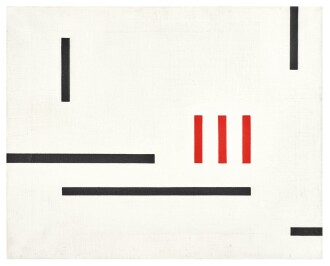 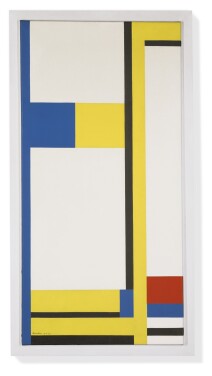 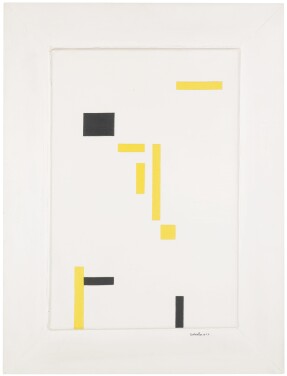 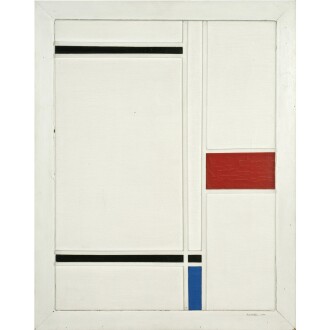 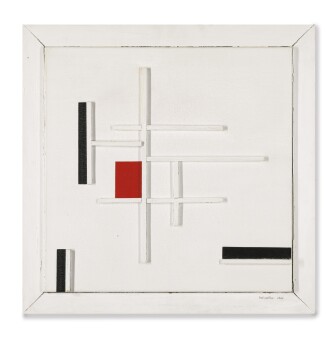 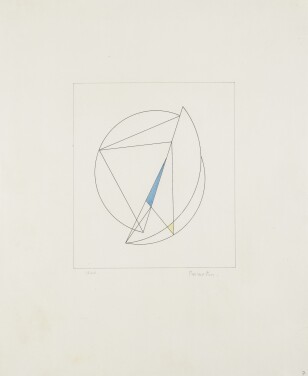 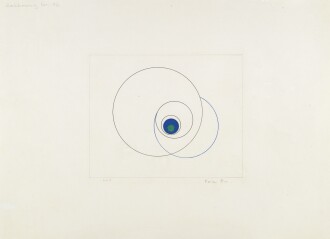 Pioneering queer British Constructivist artist Marlow Moss produced revolutionary paintings and sculpture in the first half of the 20th century. One of the few British artists with major stylistic links to the radical developments on the continent, Moss’ works are widely held in international collections, including the Museum of Modern Art, New York, the Krörller Mϋller Museum, Otterlo, and the Israel Museum, Jerusalem, but until recently her work has been less well known and recognized in the UK.

Born in London in 1889, Moss changed her forename from Marjorie to Marlow in 1919 and adopted a masculine appearance. She moved to Paris in the late 1920s to apprentice herself to Fernand Lèger, although it was her encounter with Piet Mondrian, around 1928, that would define her approach to abstraction for the rest of her career. Moss, in turn, has a genuine claim to have influenced ‘the Master’ too, having begun to use a double line motif in 1931, a year before Mondrian incorporated it into his vocabulary. Part of the vibrant Parisian art scene, during this time she became one of the founding members of Abstraction-Création, exhibited frequently, and met her partner Antionette Hendrika Nijhoff-Wind. Following the rise of Nazism, she packed up her studio and moved to a farmhouse in Normandy, only to be forced, in turn, to abandon this – and much of her life’s work – in 1944, as the War moved to the coast. Narrowly escaping on a boat to England, this final studio was hit by shelling, thus destroying not just the output of a highly creative two decades in Paris, but also almost the life’s work of the one true British disciple of Neo-Plasticism.

The 2014 artist's retrospective that travelled from Tate St Ives to Leeds, Hastings and finally on to Tate Britain (where it hung in the rooms that not so long ago housed the Tate’s collection of work by Mondrian, van Doesberg, Helion and Vantongerloo), underscored Moss’ significance within the history of 20th Century British Art, but even after this small but beautiful exhibition, Moss’s imprint on the wider art-historical consciousness still remains light – in the most part due to how few of her works survive, with even fewer ever being seen on the open market. Her work has recently been included in major surveys and exhibitions on neglected queer and female artists, including Queer British Art 1861-1967 (Tate Britain, 2017) and A Queer Little History of Art (Alex Pilcher, 2017).