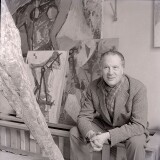 Works by Marino Marini at Sotheby's 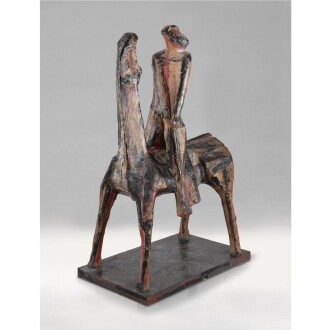 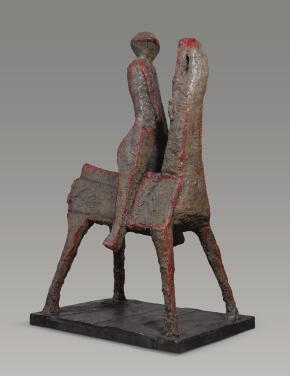 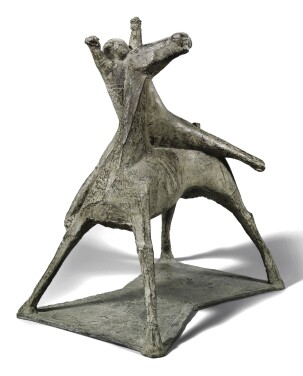 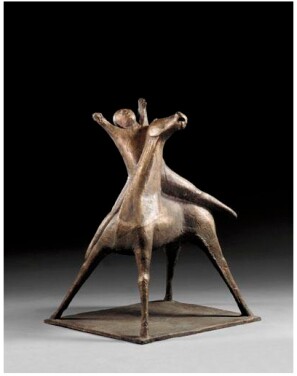 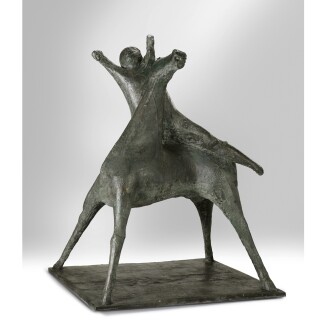 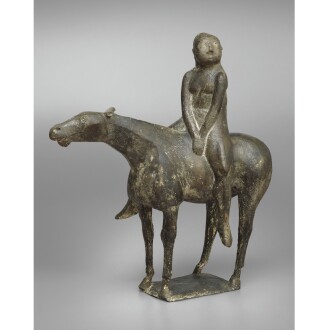 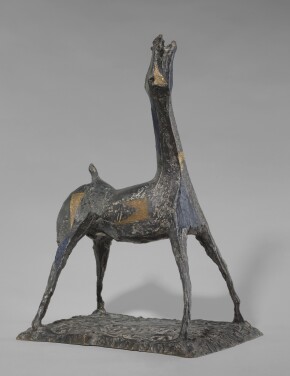 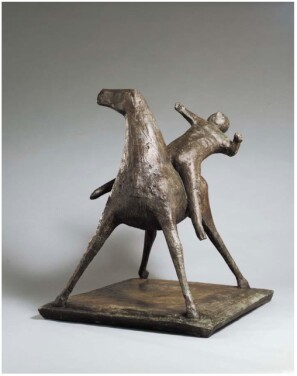 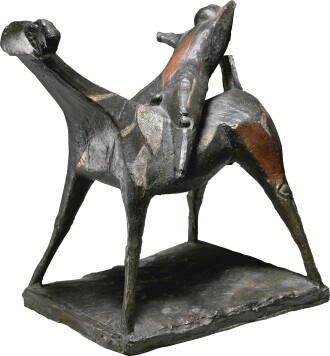 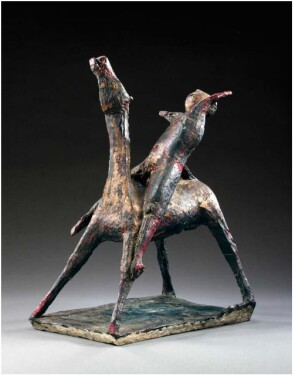 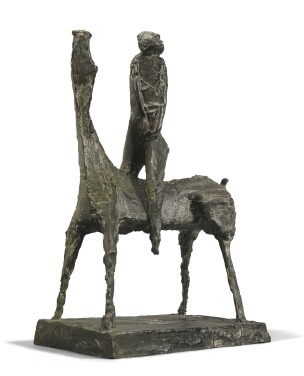 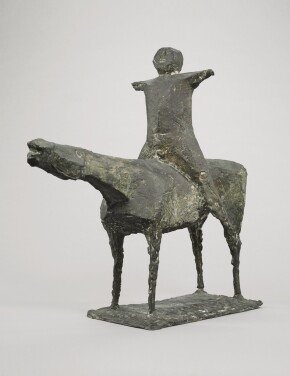 A leading sculptor on the Italian and international scene beginning in later 1920s and continuing through his death in 1980, Marino Marini drew inspiration from Etruscan and Roman works to create his signature chiseled sculptures. Throughout his career, Marini remained focused on two distinct motifs: the horse and rider, and the female nude.

Marini was born on 27 February, 1901 in Pistoia, Italy. As a young man, Marini studied painting at the Accademia di Belle Arti in Florence. (Though the artist turned to sculpture following graduation, and remains best-known for this work, he returned to painting at multiple points throughout his career.) Roman and Etruscan art, as well as the work of Arturo Martini, influenced Marini’s style and approach to sculpture from this point forward. In 1928, Marini completed his first important work, which he exhibited at the Galleria Milano in Milan. The following year, Marini succeeded Martini in his role as professor at the Scuola d’Arte di Villa Reale in Monza; Marini held the position until 1940, when he accepted a professorship in sculpture at the Accademia di Belle Arti de Brera in Milan.

In 1943, Marini moved to Switzerland to live in exile, though he continued exhibiting his work. Upon the war’s end, Marini returned to Milan, where he lived until his death.

In 1949, Marini’s sculptures appeared in the Twentieth-Century Italian Art Show put on by the Museum of Modern Art in New York. Marini visited New York City in 1950, when his work was included in a solo exhibition at Curt Valentin’s Buchholz Gallery. During this visit, the artist had the chance to meet Jean Arp, Alexander Calder, Max Bechmann and other important modern sculptors.

In 1952, Marini was awarded the Grand Prize for Sculpture at the Venice Biennale; two years later, the artist won the Feltrinelli Prize at the Accademia dei Lincei in Rome. A crowning achievement, a large sculpture by Marini was installed in the Hague in 1959. The Kunsthaus Zürich showed a retrospective of Marini’s work in 1962, as did the Palazzo Venezia in 1966.

Marini died on 6 August 1980 in Viareggio; following his death, the Marino Marini Museum was established in the ancient church of San Pancrazio. Today, works by the artist are included in the permanent collections of many other museums, including the Guggenheim Museum in New York, the Peggy Guggenheim Collection in Venice, Museo del Novecento in Milan, Musei Vaticani in Vatican City and many others.