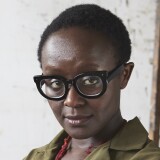 Works by Lynette Yiadom-Boakye at Sotheby's 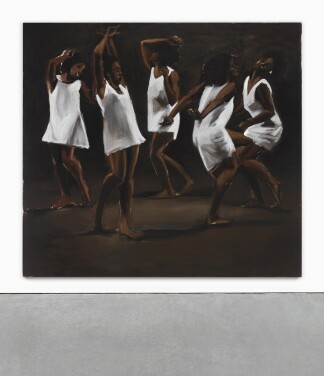 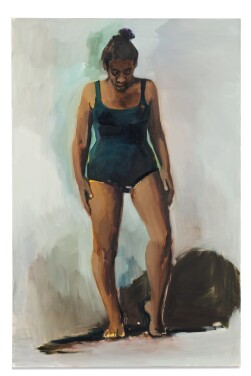 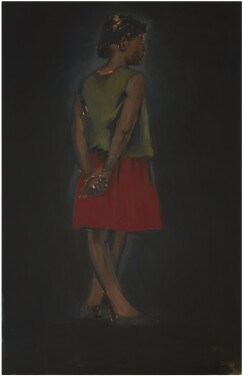 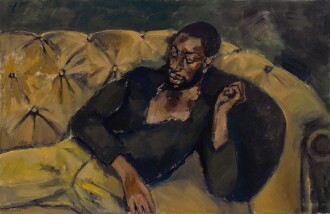 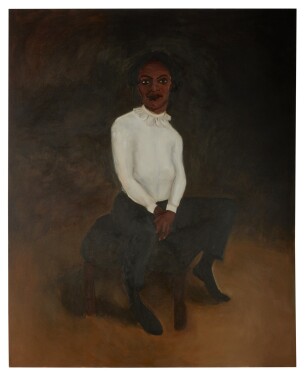 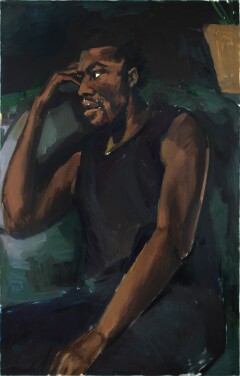 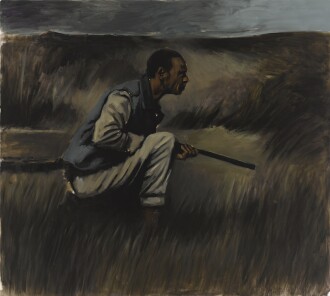 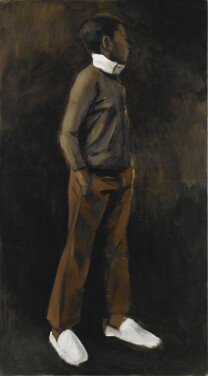 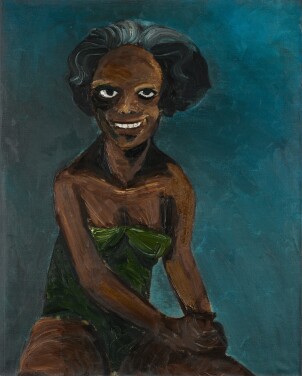 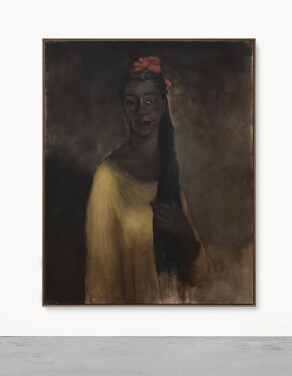 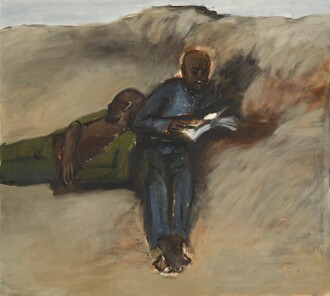 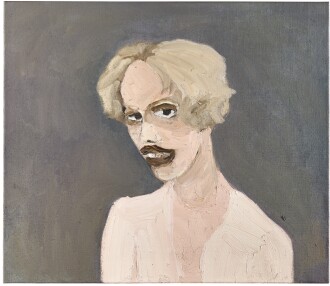 Born in 1977 in London, the United Kingdom, Lynette Yiadom-Boakye studied at the Royal Academy Schools, Falmouth College of Art, and finally received her MFA from St. Martins School of Art and Design. Culling images from a variety of sources, but foremost her own imagination, Yiadom-Boakye’s most recognizable works are those of fictitious black figures set against dark, monochromatic backgrounds. Though the context and story of her painted figures are rather inscrutable, her use of narrative titling enhances the understanding of the work. Because of the nature of her work, there has been a general tendency for viewers and critics to wholly classify her oeuvre as political, which she has acknowledged, but also stated that, “…my starting point is always the language of painting itself and how that relates to the subject matter.”

Today, Yiadom-Boakye continues to live and work in London and exhibit widely. She was shortlisted for the prestigious Turner Prize in 2013, and was the recipient of the Future Generation Art Prize and the Carnegie Prize in 2012 and 2018 respectively. Her work has been acquired by a number of renowned museums worldwide, including the Institute of Contemporary Art, Boston, the Kunstmuseum Basel, Switzerland, the Los Angeles County Museum of Art, and the Museum of Modern Art, New York, among others.

Museums with Works by Lynette Yiadom-Boakye 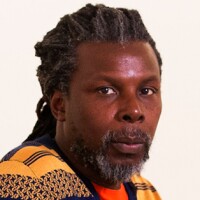