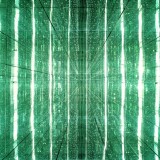 Works by Lucas Samaras at Sotheby's 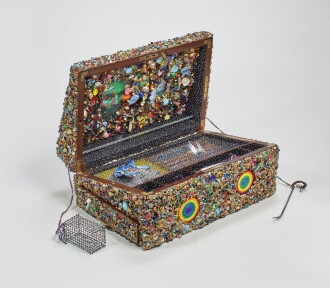 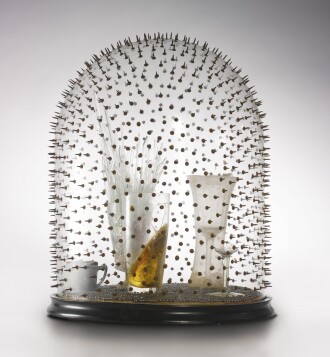 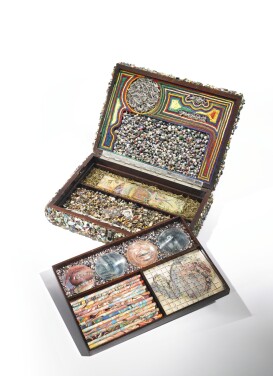 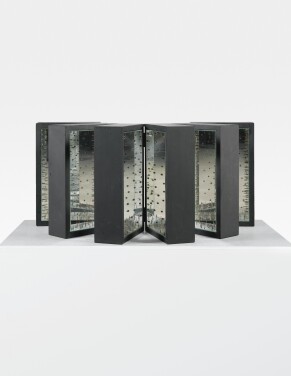 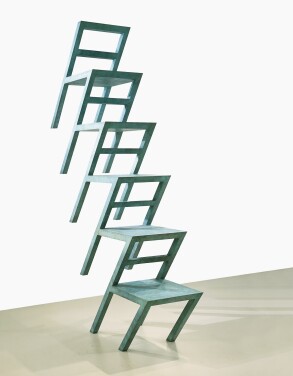 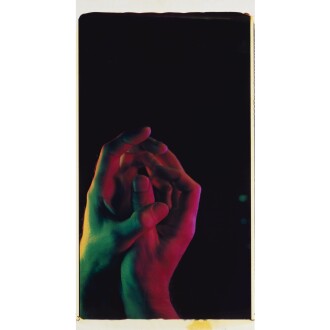 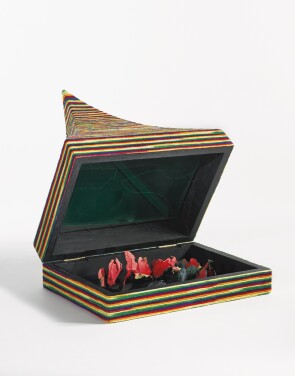 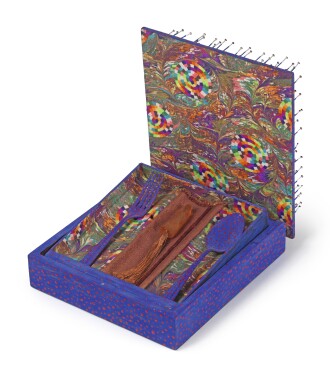 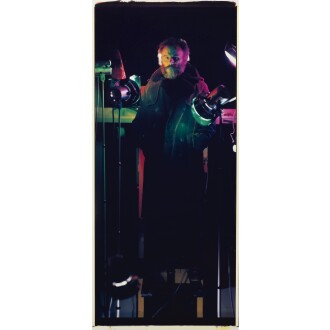 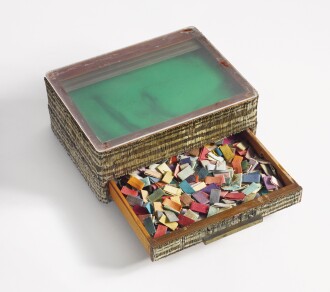 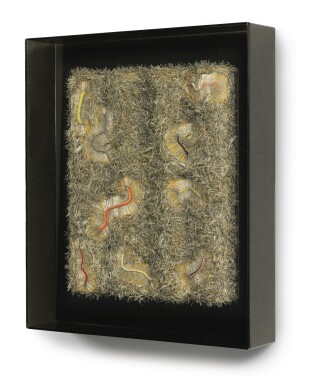 Prodigiously productive and versatile, contemporary Greek-American artist Lucas Samaras has investigated the quandaries of the numinous and carnal self in media ranging from engraving to Polaroid and assemblage to Happening.

Lucas Samaras (Λουκάς Σαμαράς) was born on September 14, 1936 in Kastoria, Western Macedonia Greece, and immigrated to the United States in his youth. He earned an art degree from Rutgers and later studied at Columbia. As a tyro in the heady New York art world of the late 1950s, he participated in Allan Kaprow’s legendary Happenings that rakishly scumbled the line between the visual and performing arts. Samaras also practiced drawing, painting, and sculpture before being gifted an XC-70 camera by the Polaroid Company; his most famous series is Photo-Transformation (1973–1976), in which the artist scratched and smeared the still-wet emulsion of Polaroid self-portraits to a surreal and often gruesome effect. More recently, Samaras has nudged the bounds of digital photography, creating Photoshop-manipulated portraits of various friends including David Byrne, late of the Talking Heads. Samaras lives and works in New York.

Samaras has been the subject of more than 100 solo exhibitions as well as multiple Whitney Biennials, Venice Biennales, and Documentas. His works have been accessioned into the permanent collections of a myriad of museums, including the Guggenheim in New York, the Walker Art Center in Minneapolis, and the Hirshhorn in Washington D.C. Auction offerings of special note include Box #117 (1987), a tantalizing example of his assemblage work with both lapidary and self-portrait elements, which sold at Sotheby’s in 2018 for $585,000 against a high estimate of $300,000.