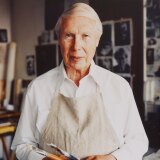 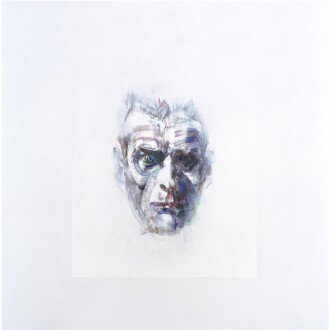 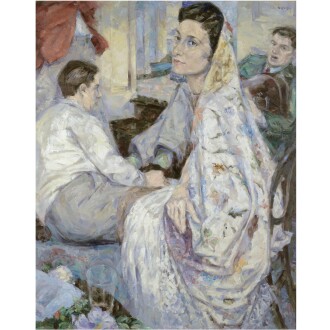 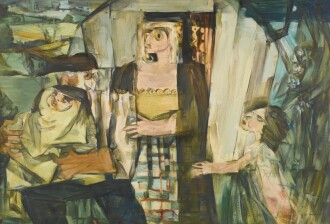 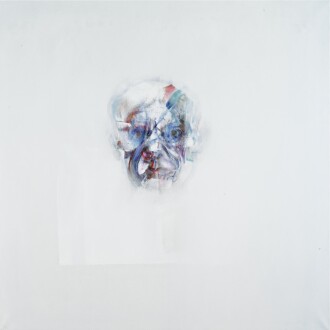 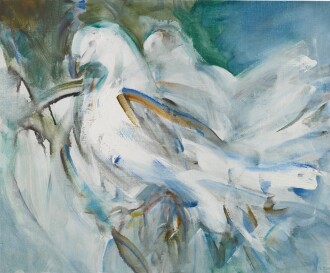 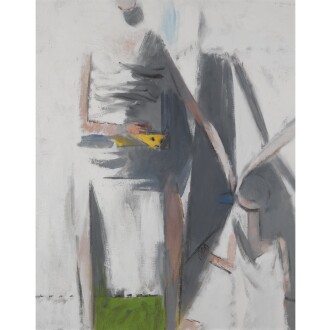 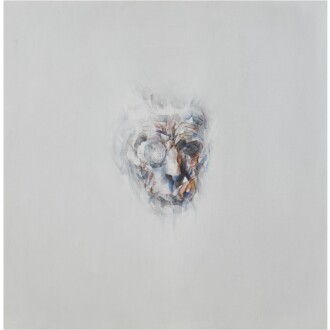 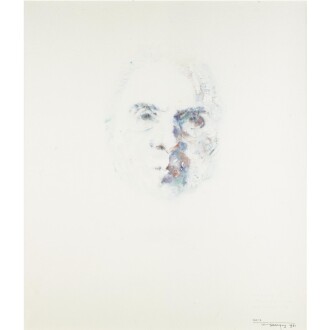 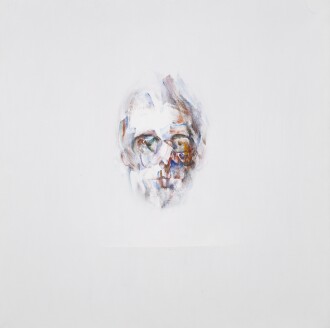 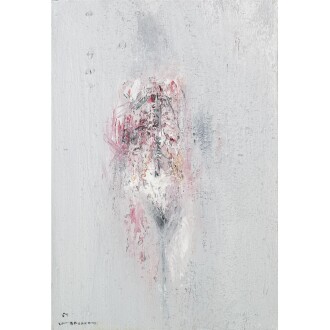 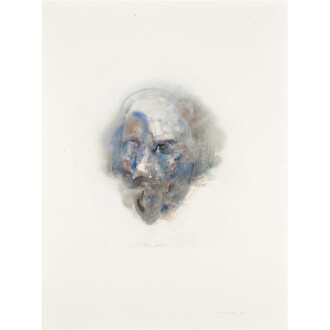 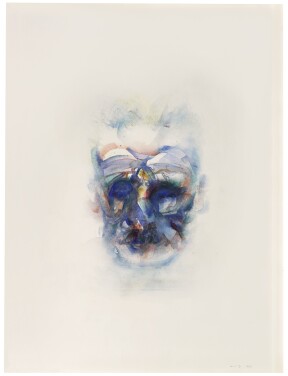 Born in Dublin in 1916, Louis le Brocquy was a self-taught artist of international acclaim and is considered one of the greatest Irish artists of the 20th century. He studied chemistry at school and Trinity College Dublin with art as a side interest, yet one of increasing allure. In 1938 he left Ireland to study major European art collections, setting his path as an artist. He travelled through London, Paris, Venice and Geneva, where he was particularly struck by the Spanish paintings from the Prado that had be sent to Geneva for safe-keeping during the Spanish Civil War. The influence of Rembrandt, Vermeer, Manet, Veláquez and Goya is seen in le Brocquy’s early work.

His brief return to Dublin was signalled by the establishment of the Irish Exhibition of Living Art in 1943, which provided an opportunity for modern and progressive artists to break away from the highly academic Royal Hibernian Academy. Its foundation was in part stimulated by the Academy’s rejection in 1942 of le Brocquy’s Spanish Shawl (private collection, sold Sotheby’s, 6 May 2010, lot 70). Le Brocquy capitalised upon this turning-point in Irish art, emerging as a unique and innovative artist in his own right. In 1946 he moved to London and exhibited with Gimpel Fils Gallery and associated with other artists such as fellow Dubliner Francis Bacon, Robert Colquhoun and Keith Vaughan. Le Brocquy began to exhibit internationally and was chosen to represent Ireland at the 1956 Venice Biennale where he won a major prize for his celebrated work A Family (1951). When the National Gallery of Ireland acquired this painting in 2002, he became the first living artist to be included in their permanent collection.

Le Brocquy’s visual language developed through various distinct stages across his career, from the early Spanish-inspired paintings; his cubist-inspired ‘Travelling People’ series; his White Period; his Ancestral Head and Portrait Head series. Despite the differences in technique and colour, le Brocquy’s catalogue collectively demonstrates his fascination with the human individual.

Perhaps the most iconic works of le Brocquy’s career are his series of ‘Heads’, a sustained exploration which began circa 1963 and led to his portrait heads of great, mostly Irish, figures, including Yeats, Joyce, Beckett, Bacon and Heaney. In 2003, he was commissioned by the National Gallery of Ireland to paint an image of his friend Bono, which was presented to the National Portrait Gallery later that year. Le Brocquy’s artistic skills extended beyond the medium of paint, as seen in his extensive catalogue of tapestry designs and his lithographic brush drawings for Thomas Kinsella’s translation of The Táin in 1969.

Le Brocquy returned to Ireland in 2000 and lived there with his artist wife Anne Madden until his death in 2012. Today, his works can be found in museums, galleries and private collections across the world, including the Tate in London and the Guggenheim in New York.