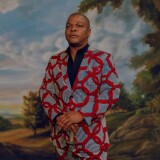 Works by Kehinde Wiley at Sotheby's 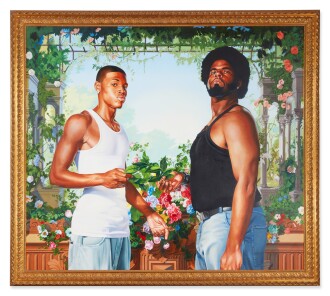 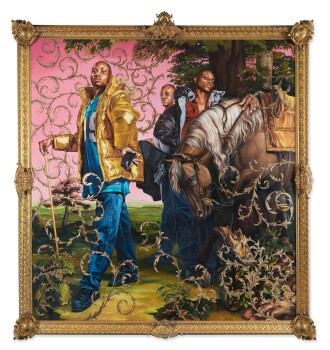 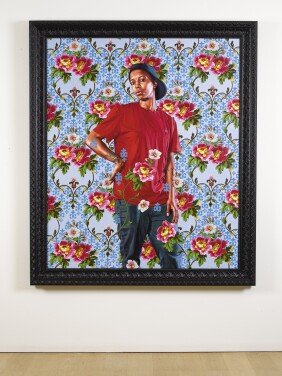 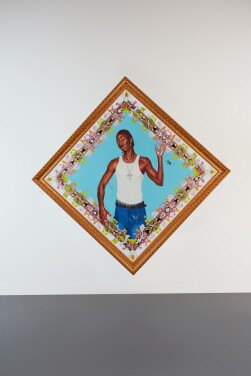 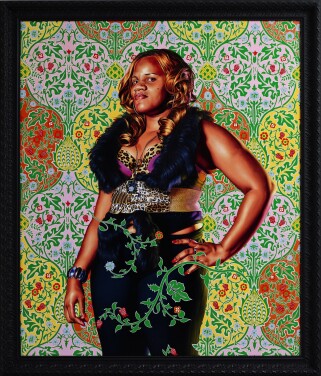 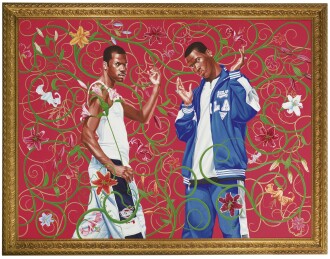 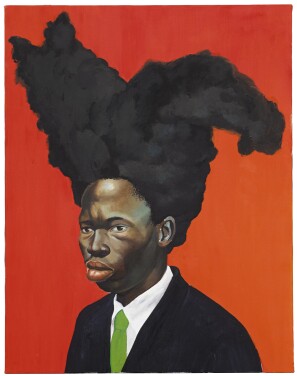 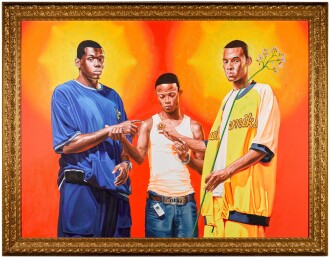 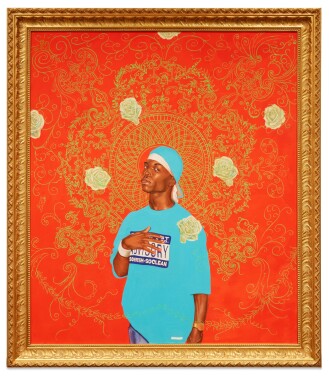 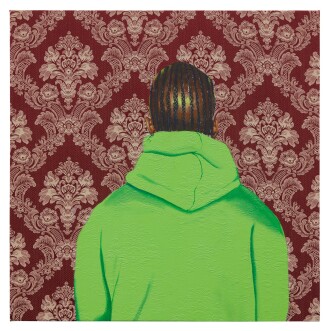 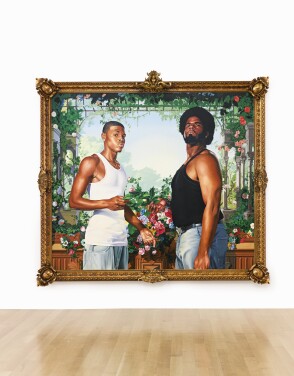 Kehinde Wiley is a Contemporary American portrait painter known for his paired representation of Black, Brown and urban men with art historic signifiers of power, majesty and heroism. Wiley’s public status gained new prominence in 2017, when President Barack Obama chose the artist to paint his official presidential portrait; the painting is now on display at the Smithsonian Museum of Art in Washington, D.C.

Kehinde Wiley was born in Los Angeles in February 1977. His father is Nigerian citizen, and returned to the country when Wiley was young, leaving Wiley’s mother to raise him and his twin brother. Wiley showed an early interest in art, taking classes and traveling to Russia to participate in an art program. Wiley received a BFA from the San Francisco Art Institute, and an MFA from Yale University, School of Art.

Wiley’s signature style blends the representative style found in Master paintings with contemporary subjects and themes. Many of his works explore ideas of Black masculinity using signifiers from Western art history; an example of this can be seen in one of Wiley’s best-known works, Napoleon Leading the Army Over the Alps (2005), in which a Black man sits astride a rearing horse, closely mimicking the pose seen in Jacques-Louis David’s Napoleon Crossing the Alps (1800).

The first solo exhibition of Wiley’s work took place in 2006, at the Columbus Museum of Art in Ohio; subsequent solo exhibitions were held at the Virginia Museum of Fine Arts, the Pennsylvania Academy Of Fine Arts, The Jewish Museum and the Brooklyn Museum, among other institutions. Today, works by Wiley are held in the permanent collections of such institutions as the Walker Art Center in Minneapolis, Minnesota; the Hammer Museum in Los Angeles, California; the Jewish Museum in New York City; and the Phoenix Art Museum in Phoenix, Arizona, among other institutions.