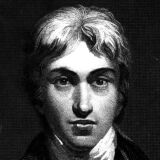 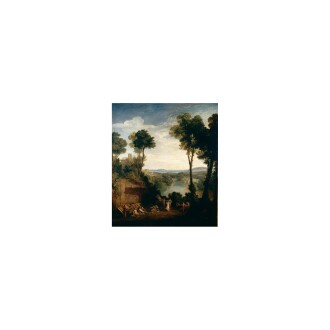 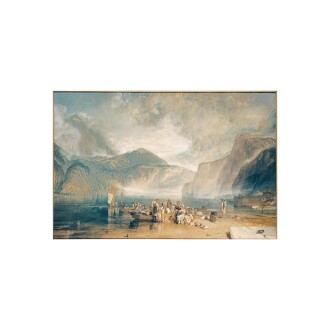 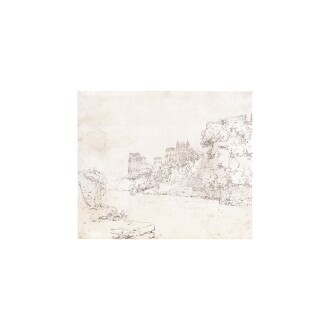 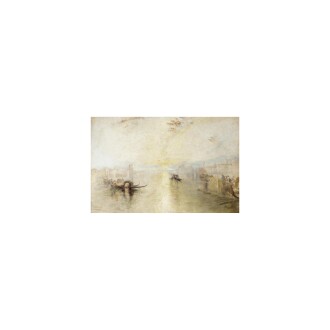 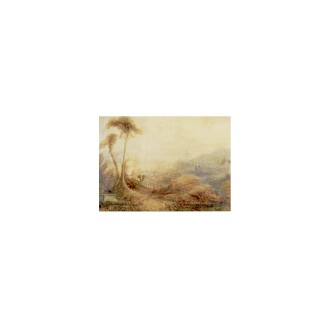 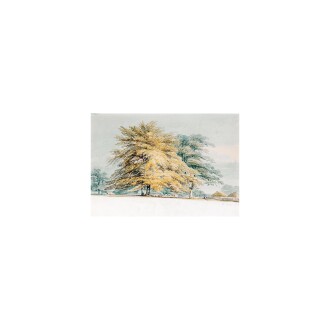 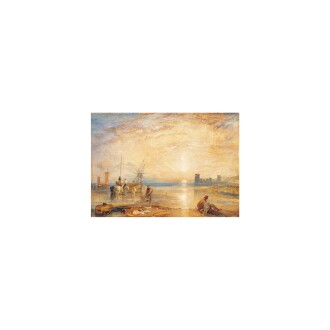 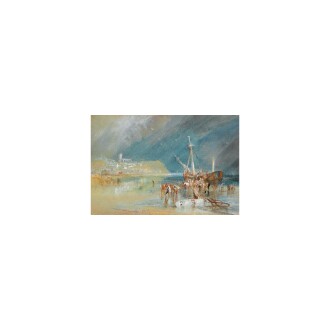 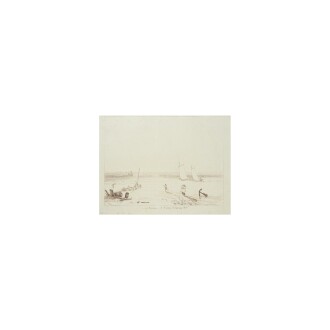 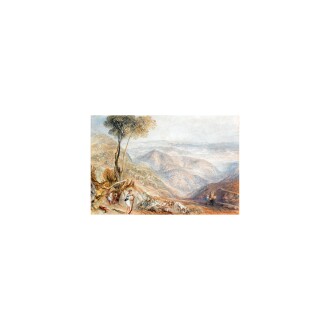 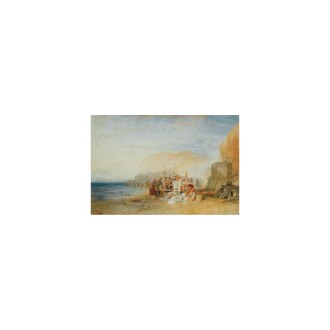 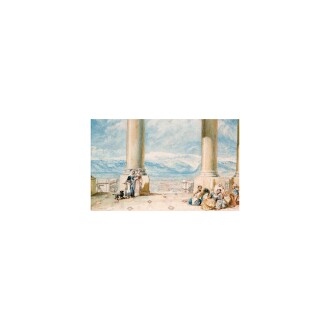 Born in 1775, and commonly referenced by his initials J. M. W. Turner, Joseph Mallord William Turner has come to be recognized as one of the greatest artists in the history of landscape painting. Turner practiced art from an early age, and as a child earned money by coloring prints. In 1789 he began working as a draughtsman for the architect Thomas Hardwick, the same year in which he enrolled in the Royal Academy in London. There, he studied closely with the topographical watercolorist Thomas Malton, whose specialty was highly detailed townscapes. Malton had a strong impact on Turner, who later referred to him as his “real master.” By 1790, at the age of fifteen, he exhibited his first watercolor at the academy, and subsequently undertook tours of Britain to produce sketches of the countryside.

Initially Turner worked almost exclusively in watercolor, but it is his later oil paintings that garnered him wide acclaim and recognition. Inspired by the landscape tradition, Turner was often engaged in an artistic dialogue with his predecessors, such as Claude Lorraine. Because of their scale, some of his works, such as Snow Storm: Hannibal and his Army Crossing the Alps (1812, Tate Modern, London) are also part of the lineage of history painting.

In 1802, Turner made his first trip to Europe where he toured extensively and studying painting across the continent. He would continue to undertake ventures across the English Channel, and from the 1830s onward the influence of these voyages became apparent in his work. His compositions became freer, and include more personal interpretations of environment, such as using more vibrant color. His later works were considered quite radical, even offensive, as they departed so drastically from the artistic norm of the time period. Fortunately, Turner had already well established his career and stature, and he was able to continue his stylistic trajectory as he saw fit.

Turner died in London in 1851, and was buried in St. Paul’s Cathedral. After his death, all of his remaining works, approximately 300 oil paintings and 19,000 drawings and watercolors, were bestowed to the National Gallery, London; the vast majority of these today are a part of the Clore Gallery at Tate Britain. 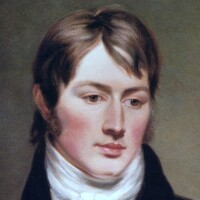