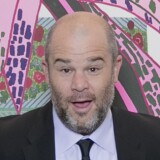 Works by Jonas Wood at Sotheby's 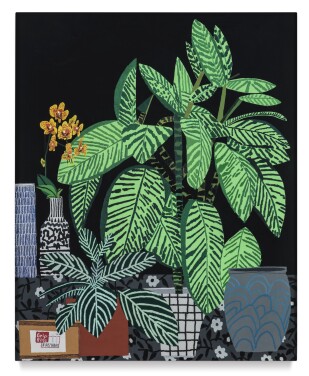 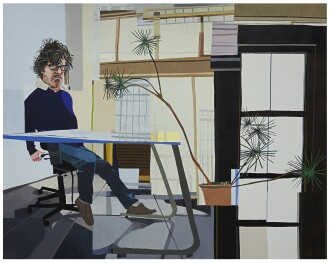 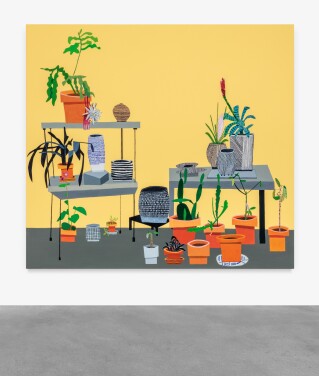 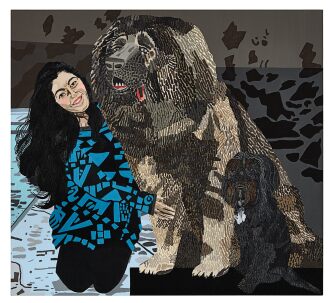 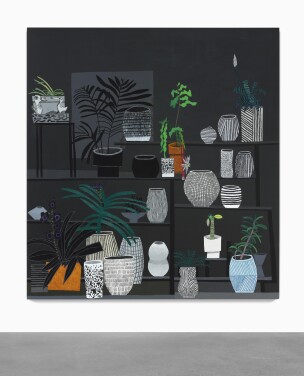 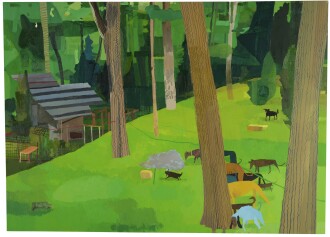 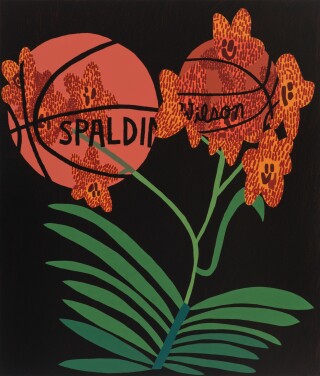 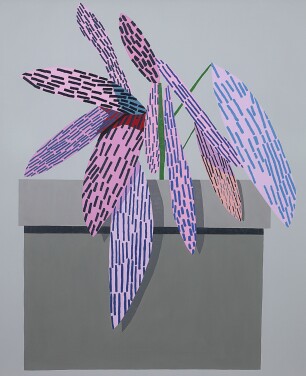 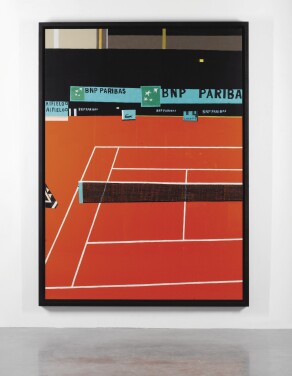 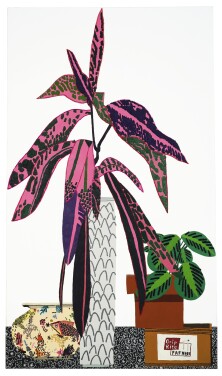 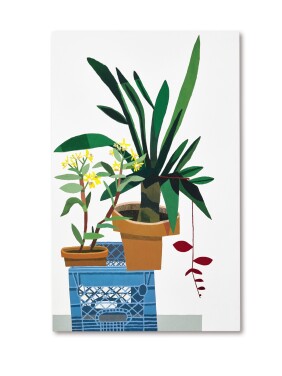 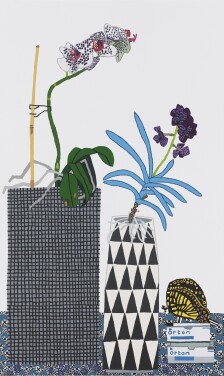 Born in Boston in 1977, Jonas Wood initially studied psychology at Hobart and William Smith Colleges in Geneva, New York, before earning his MFA in painting from the University of Washington, Seattle. Wood is admired for his depictions of ordinary environments, such as domestic interiors and landscapes, to which he applies an array of formal techniques to create viewpoints that are at odds with the viewer’s expectations. Inspired by the disjointed planes of Cubism as well as the boldly stylized interiors of Vincent van Gogh, Henri Matisse and David Hockney, Wood utilizes photography to compose his canvases before overlaying varying perspectives to create a cohesive whole; he produces an image whose boundary between representational space and abstraction is obscured. Currently based in Los Angeles, Wood has continued to develop his stylistic technique of creating paintings that appear simultaneously flat and dimensional, an effect that critics have attributed to his graphic, illustrative compositions in tandem with unmodulated planes of color.

Wood had a solo exhibition in 2010 at the Hammer Museum, Los Angeles, and has been shown in a large number of group exhibitions across the US. Visually connected to a long art historical tradition of scenes from everyday life, Wood’s painting is an important moment in contemporary art. According to Sotheby’s Mei Moses, the average annual compound return for Jonas Wood is 41.1%, with 100% of works increasing in value.
His works are in the collections of the Museum of Modern Art, New York, the Solomon R. Guggenheim Museum, New York, and the Museum of Contemporary Art, Los Angeles.

Museums with Works by Jonas Wood

Type: museum
Solomon R. Guggenheim Museum
New York, New York | New York
Type: museum
The Museum of Modern Art
New York, New York | New York
Type: museum
Whitney Museum of American Art
New York, New York | New York
Artist Image: 2017 Kevin Tachman/amfAR2017
Please note that prior performance of the indexes and realized returns contained herein does not guarantee future results. In addition, there is no guarantee that random collections of individual works of art or stocks will yield index returns. We are not financial advisors and we are not in the business of recommending art as an investment. We also have no comparative advantage in forecasting the future direction of the art market. Investment decisions should be based on the risk return tolerance and time horizon of the investor with, if desired, the support of a licensed financial advisor. This information is provided "as is" and with no representations or warranties either express or implied of accuracy, merchantability, fitness for a particular purpose or of any other nature are made with respect to this information or to any expressed views presented in this information.