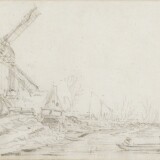 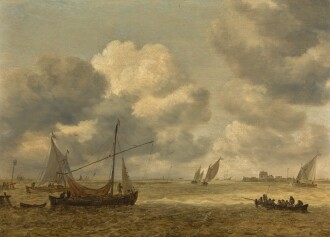 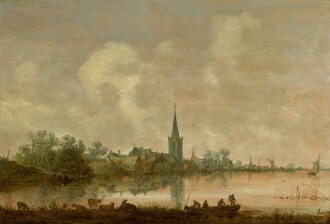 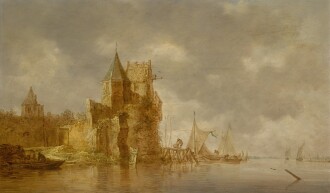 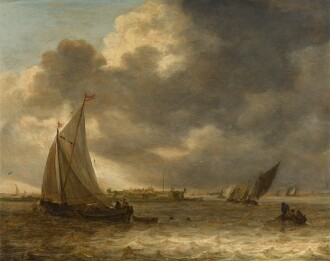 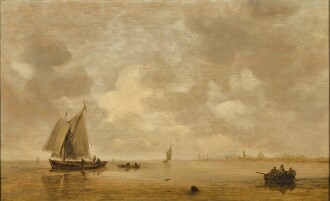 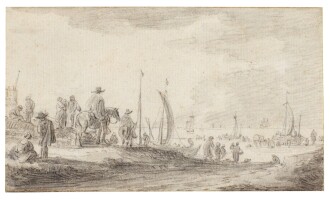 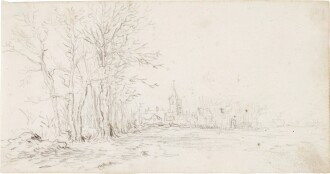 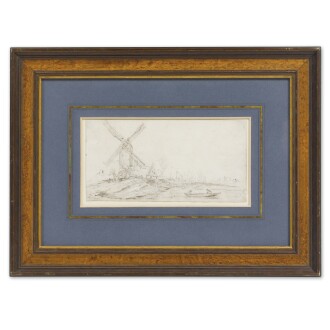 An art appraiser, auctioneer, tulip broker, real estate investor and above all a highly gifted and prolific landscape painter and etcher, Jan van Goyen vividly personified the Dutch Golden Age in its newfound prosperity and appetite for exquisitely rendered depictions of Holland’s bustling village life and maritime might.

Jan Josephszoon van Goyen was born in Leiden on January 13, 1596. From the age of ten, he was the pupil of a long succession of master painters, most notably Esaias van de Velde, who had developed a new naturalistic approach to landscapes characterized by rich tonal dynamics and atmospheric perspective. At the age of 35, van Goyen established a studio at The Hague, where he was elected leader of the Guild and painted a vast panorama for the Burgomaster’s Room in the Town Hall. Aside from this large commission, van Goyen’s paintings did not command high prices; the artist compensated for this by working quickly and using thinned pigments, and also speculated in other artists’ work, tulip bulbs, and rental properties. These various enterprises ultimately led van Goyen to financial ruin. Even after selling off most of his art collection and his home, he was still had over a million dollars (in today’s terms) in debt. He died on April 27, 1656, and his widow sold off his remaining paintings and furniture. Despite this inauspicious end, van Goyen’s influence on the landscape painters of his time is unmistakable – with over 75 painters now described as having worked “in the manner of van Goyen” – and his own later treatments of the Baltic Sea are considered to be masterpieces of the era.

Jan van Goyen’s work is represented in the collections of the Rijksmuseum in Amsterdam, the Louvre in Paris and the Metropolitan Museum of Art in New York, among many other prominent public institutions.