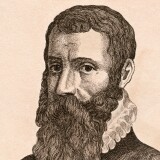 Works by Jan Brueghel the Elder at Sotheby's 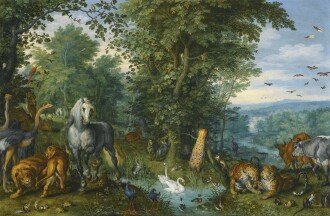 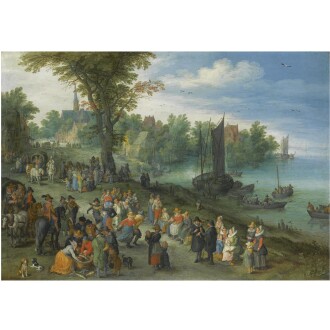 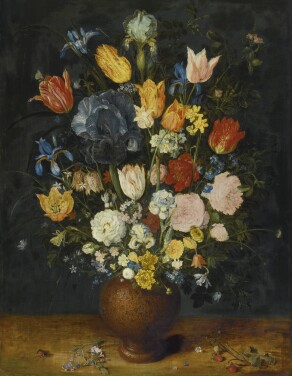 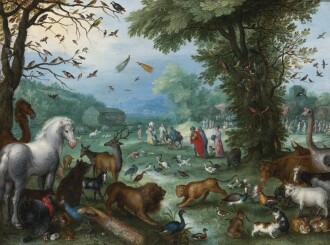 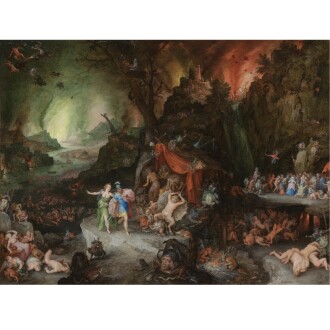 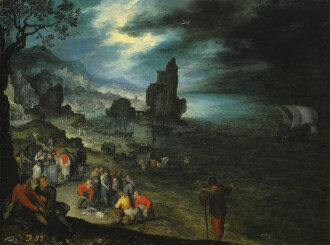 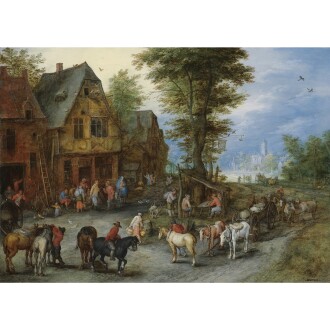 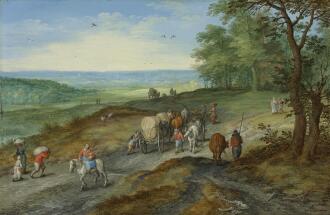 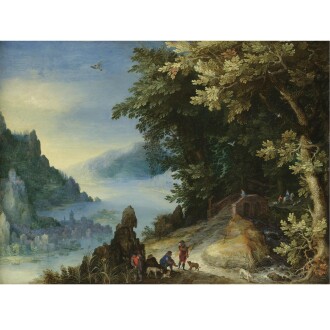 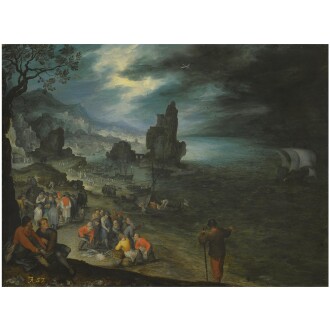 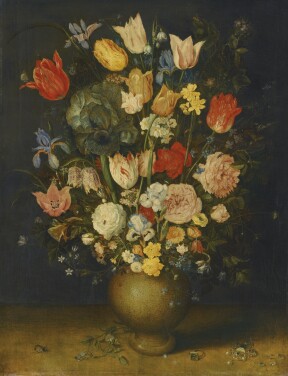 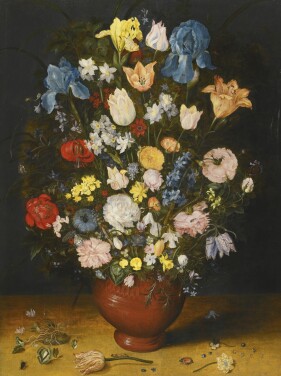 Sometimes referred to colloquially as the “Velvet” Brueghel for his exceedingly refined brushwork, Jan Brueghel the Elder is equally known for his atmospheric landscapes and extravagant still lifes, particularly those done in the European vein of floral arrangements. Born in 1568 in Brussels as the second son of Pieter Brueghel the Elder in what is today Belgium, Brueghel was raised predominantly by his maternal grandmother Mayken Verhulst—whom some scholars believe gave the artist as well as his brother Pieter Brueghel the Younger their first trainings in art. Beginning in 1590, the artist spent several years in Italy, first in Naples, then Rome and Milan. Initially he was able to focus on his work under the patronage of Cardinal Ascanio Colonna, but in Milan he became acquainted with Cardinal Federigo Borromeo, whom would be his lifelong patron.

Returning from Italy to Antwerp specifically, in the late 1590s, Brueghel set about establishing his career — firstly by joining the Guild of Saint Luke. His skill and eminence were further established as he served as the Guild’s dean for several years until 1602. In 1599, he was wed to Isabella de Jode, and the couple had two children: Jan Brueghel the Younger (who would go on to be a respected artist like his father), and Paschasia. Isabella died soon after the birth of their second child, and thereafter Brueghel bought a large home in the city for his two children. Upon his return from a trip abroad to visit the court of Emperor Rudolf II, he wed a second time, to Katharina van Marienburg, and they would go on to have eight children.

By 1606, with his career then fully established, he was appointed as court painter to Archduke Albert and Archduchess Isabella, the regents of Southern Netherlands. It would seem that his patrons saw him exceptionally favorably as he was granted special privileges, such as being able to continue to live in Antwerp, as well as maintained his appointment until his death in 1625. Brueghel’s oeuvre is in many ways iconic of the Dutch Golden Age, and he worked alongside several of the leading artists of the time —namely Peter Paul Rubens, with whom he sometimes collaborated, for example painting the landscape for Rubens’ figures. His sumptuous canvases and technical skill are exemplary of 17th century artistic advancements, and, today, his work can be found at such institutions as the Louvre Museum, Paris; Rijksmuseum, Amsterdam; National Gallery, London; and the Metropolitan Museum of Art, New York.

Museums with Works by Jan Brueghel the Elder

Type: museum
Musée du Louvre
Paris
Type: museum
Rijksmuseum
Amsterdam
Type: museum
National Gallery
London
Type: museum
The Metropolitan Museum of Art
New York, New York | New York
Artist Image: Copyright: www.bridgemanimages.com
Please note that prior performance of the indexes and realized returns contained herein does not guarantee future results. In addition, there is no guarantee that random collections of individual works of art or stocks will yield index returns. We are not financial advisors and we are not in the business of recommending art as an investment. We also have no comparative advantage in forecasting the future direction of the art market. Investment decisions should be based on the risk return tolerance and time horizon of the investor with, if desired, the support of a licensed financial advisor. This information is provided "as is" and with no representations or warranties either express or implied of accuracy, merchantability, fitness for a particular purpose or of any other nature are made with respect to this information or to any expressed views presented in this information.